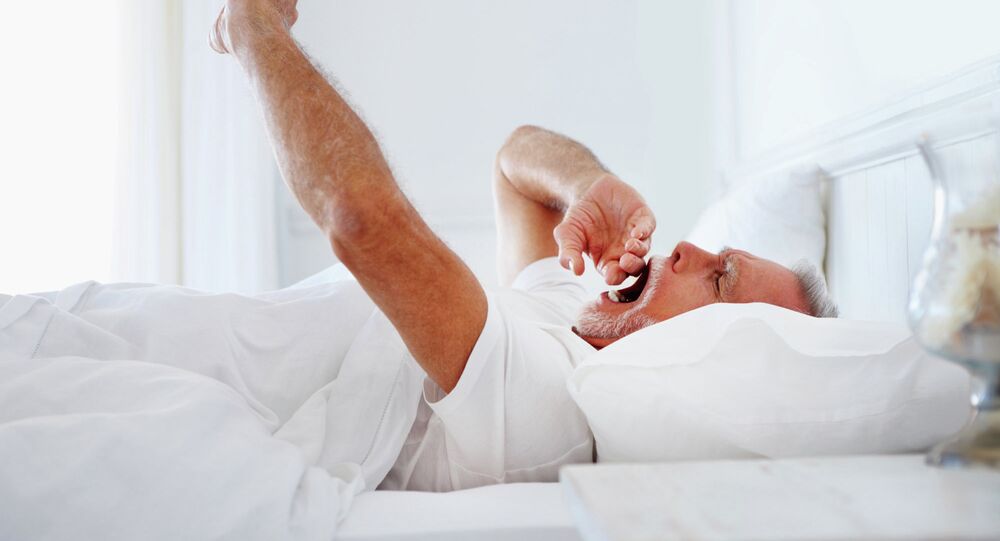 Nintendo Aims to Send Its Customers to Sleep

MOSCOW, October 30 (RIA Novosti) — Nintendo is developing a device for the bedside to measure sleep and fatigue, which will send the results to a cloud for analysis and advice.

“With Five ‘Non’ Sensing aspects, your sleep and fatigue can be automatically measured. All you will have to do is place the QOL sensor near your bed and then sleep as usual,” said Nintendo President Satoru Iwata in a presentation today.

After evaluation of the data in cloud servers, Nintendo will visualize the sleep and fatigue status of the consumer and recommend them actions, such as doing exercise or changing diet. The device will then continue to track customers’ sleep, and observe the gradual change achieved as a result. In contrast to current products, Nintendo’s offering will be “Non-sensing” in the sense that users won’t have to wear or operate the sensor.

The project represents the first aspect of Nintendo’s new health branch of its business. In January Iwata announced that the company “was aiming to broaden the scope of its business fields by redefining entertainment as something that ‘improves people’s QOL or Quality of Life in enjoyable ways.’”

To bring the idea to reality, the Japanese firm is teaming up with US corporation ResMed, which makes medical equipment for sleep disorders and associated problems. Nintendo likewise announced collaboration with experts in the field, and said they would draw on “state-of-the-art research results in fatigue science” when creating their product.

The initiative is not the company’s first foray into the health arena. Its Wii Fit video game has been helping consumers to stay in shape since its first incarnation in 2007, and has made $1.26 billion for the company, representing one of its most profitable games.

Nintendo joins giants Google, Apple and Microsoft in producing such technology to help consumers stay healthy. In June Google announced Google Fit, an android application to collect data and track health metrics, while Apple’s Health app was released in September, which gives the user “an easy‑to‑read dashboard of your health and ﬁtness data.”

Yesterday Microsoft announced a new platform, Microsoft Health, which will like the Nintendo product collect health information to be stored in a cloud, then use it to provide health insights for the consumer.