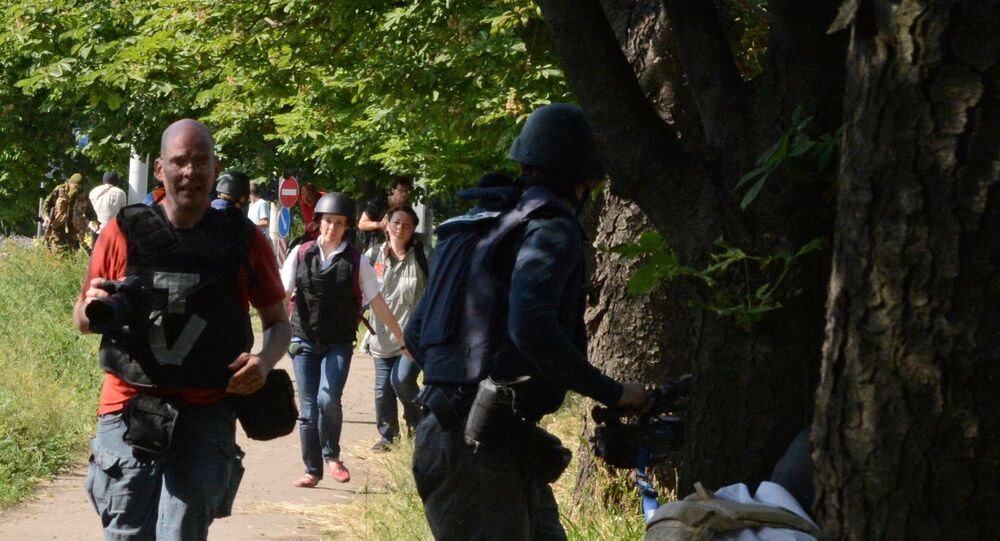 The governments all around the world lack political will, necessary to stop impunity for violence against journalists.

MOSCOW, October 28 (RIA Novosti), Daria Chernyshova — The governments across the globe lack political will, needed to end impunity for violence against journalists, including their killings, the initiator of the Global Campaign Against Impunity launched by the Committee to Protect Journalists (CPJ) Elisabeth Witchel told RIA Novosti.

"The first place to start is political will. Our research has shown that lack of political will is among the leading factors behind impunity," Witchel said commenting on why 90 percent of those killing journalists walk free.

On Tuesday CPJ published a report, saying that there has been little progress in bringing down impunity rates for crimes against journalists worldwide. The report, named "The Road to Justice: Breaking the Cycle of Impunity in the Killing of Journalists," said that in the past 10 years, 370 journalists have been murdered in connection to their work and in 90 percent of the cases there have been no arrests, no convictions — total impunity.

"Journalists are telling stories that challenge the powerful in their countries. In hundreds of cases CPJ has documented, government officials, political groups or individuals who wield strong economic and political power are the suspected killers. They escape prosecution through corruption, political influence, intimidation and by exploiting weak judicial systems and conflict," Elisabeth Witchel, who authored the report, told RIA Novosti.

The victims are most often local journalists, reporting on issues crucial to the public like corruption, crime, human rights, politics and conflict.

Witchel pointed out that "because there are so few instances when there is justice in the killings of a journalist and new murders year and year, overall the numbers tell a story of deterioration."

She also noted some positive developments, such as an increase in convictions in cases of journalists murders over the past year.

"These numbers are still very small, but I believe it is an indication the situation may begin to improve. We have seen strong increase in the international attention this issue is receiving," Witchel said.

November 2 will mark the International Day to End Impunity in Crimes against Journalists proclaimed by the United Nations last year.