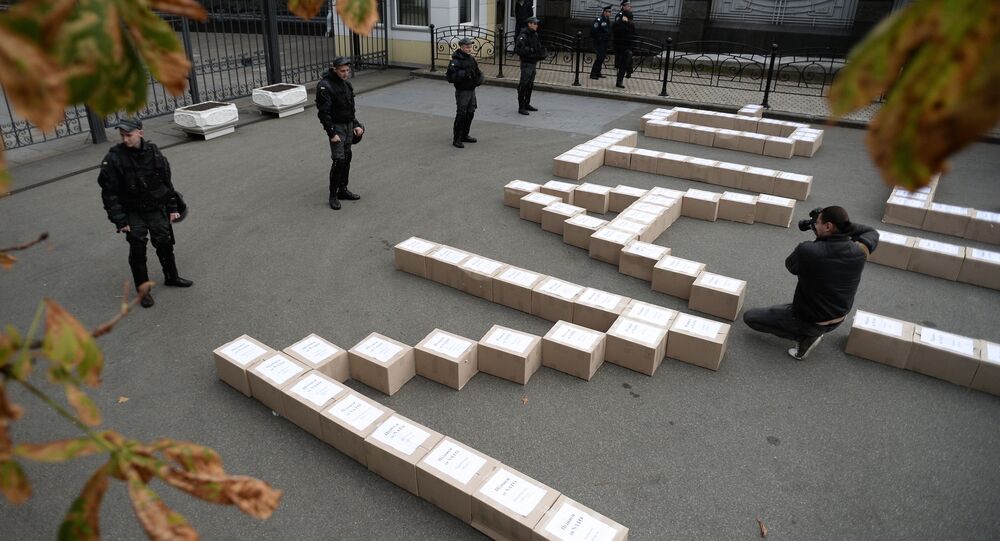 The Zelensky administration has recently raised hopes that Ukraine will be allowed to join NATO "as soon as possible" – just as Kiev received a $150-million military aid package from the US. But Paolo Raffone, a strategic analyst and director of the CIPI Foundation in Brussels, believes that Ukraine is hardly strategically important to the bloc.

Sputnik: During the upcoming NATO summit in Brussels on Monday, member states will discuss "support for Ukraine", among other things. What support are we talking about here? What place will Ukraine have in NATO's new “2030 Strategic Concept”?

Paolo Raffone: Ukraine has become an obsession for the EU and NATO since the famous “F**k the EU” [quote from Victoria Nuland]. The rhetoric of Ukrainian territorial integrity will continue, while all know that Crimea is off the table. Ukraine is not strategically important for either NATO or Russia. Integration of Ukraine in NATO is a threat used by the US to maintain pressure on Russia, although far from being implemented. Most probably, Ukraine will remain a frozen issue with some kind of NATO involvement. Perspective 2030 is not possible today as the world balance of power may change. NATO’s strategic concept is designed to keep the EU within the space of a hegemonic power, mostly for global issues like China, and to prevent more ties with Russia. The hegemonic power should be the only one to deal with Russia.

Sputnik: Speaking about American ambitions in the region, is there broad bipartisan support within the US for promoting Ukrainian interests? What political points might Washington gain from supporting Kiev?

Paolo Raffone: The US has no strategic gain in supporting Kiev. Public support for Ukraine in the US and the EU is very low. Ukraine is mostly a Democrats’ affair - Republicans are less keen to support it. However, it is an issue used for bargaining between them.

Sputnik: What challenges does involvement in the Ukraine crisis pose for the West? Why is Ukraine so important in the first place?

Paolo Raffone: Involvement in Ukraine in military terms is nonsense for the EU, and useless for the US. The US and NATO defence systems do not need Ukraine to counter Russia in the European region. To a certain extent, the Ukrainian issue is used in the bargain with Turkey in the Eastern Mediterranean. In the redefinition of the balance of power at a global level, the US and its allies need to show their power and mark their territory. The Black Sea is a pivotal area for the show of power as it involves Turkey and Russia.

Sputnik: Is resolving the crisis in Ukraine and ensuring its "territorial integrity" the real aim here, or are there other strategic goals that America is trying to pursue?

Paolo Raffone: Ukrainian territorial integrity is a fig-leaf hiding an easy way to keep the EU and European powers engaged with the US. Nobody will risk a confrontation with the US/Russia to save Ukraine. It is done with the hope that no mistake happens to provoke an escalation. None of the superpowers would gain from a confrontation in Ukraine. A low intensity conflict and border skirmishes serve both sides' interest to show power and determination to national audiences, while striking deals on global strategic issues.