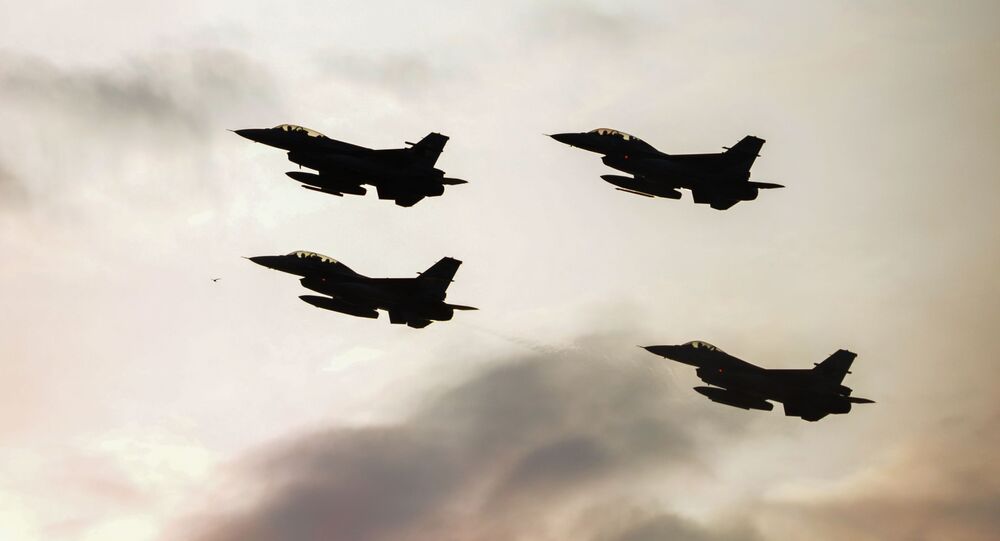 WASHINGTON (Sputnik) - NATO will never equal the power of the Russian military because the alliance only serves a propagandistic function, former US Assistant Treasury Secretary Paul Craig Roberts told Sputnik.

Roberts pointed out that it is important to understand that the United States’ hegemonic policy "leaves no basis for agreement."

"What Washington demands is the surrender of Russian sovereignty. [Russian President Vladimir] Putin’s responsible, low-key, non-confrontational responses to Washington’s threats and insults will not benefit him or Russia," Roberts said. "The vicious facts are these: Putin and Russia are seen by Washington as obstacles to US hegemony, and the powerful and pervasive US military/security complex requires Russia as an enemy to justify its budget and power. This leaves no possibility for better relations."

Roberts noted that former President Donald Trump regarded NATO as "a Cold War relic that had outlived its purpose."

"To European politicians, this implied a loss of American money and sinecures," he said. "They are pleased that Biden will continue paying them."

© CC0
Video: US Coast Guard Patrol Cutter Hamilton Enters Black Sea
However, Roberts pointed out that there are others in Europe who see no value in being part of the United States’ conflict with Russia.

"It is all risk and no reward. Europe needs Russian energy, and European businesses desire to participate in Russia’s economic development," he said. "The consequence is strain within the American empire. But as long as there is no real cost to Europeans for aligning with Washington against Russia, Washington’s money will keep Europe in line."

Relations between NATO and Russia have significantly deteriorated in light of the 2014 Ukrainian conflict, with the alliance having accused Moscow of meddling in Ukraine’s internal affairs and boosting its military presence in Eastern Europe. Russia has repeatedly expressed concern over NATO's increased activities in the region and has emphasized they pose a real threats to its security.