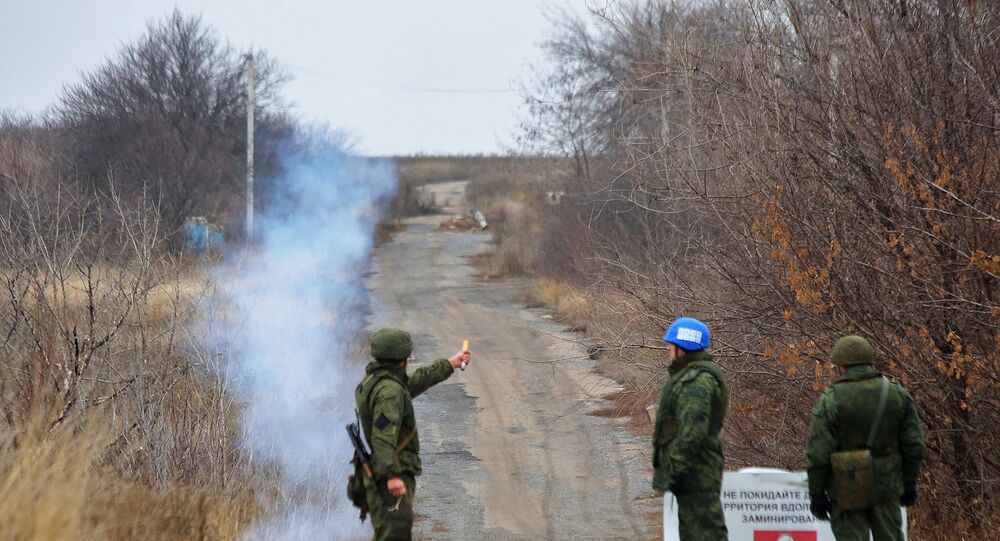 Stewart on Friday traveled to the Donbas war zone in the eastern part of Ukraine. In photos taken during her visit, Stewart was shown wearing on her shoulder a "Ukraine or Death" skull insignia, which is the patch of the 72nd Mechanized Infantry Brigade.

"Displaying a foreign military organizational insignia on her uniform is a provocation that shows incredibly bad judgment, given the states of Russia-US tensions and the Russia-Ukrainian tensions," he said.

Stewart had either seriously violated US military regulations or, even more seriously, had been given specific permission in advance to wear the controversial insignia openly, Spinney observed.

"It may be a violation of regulations to boot - unless she had a direct authorization from superior officials to wear it (which would be even worse)," he said.

Stewart was not just a regular serving officer but she also held an important diplomatic position representing the United States in Ukraine when she took her action, Spinney pointed out.

Stewart's action was highly unusual for any serving officer, former US Marine Corps tank officer and combat veteran Dan Grazier, now a historian and fellow at the Center for Defense Information at the Project on Government Oversight, said.

"That does seem odd. We didn't wear any patches like that in the Marine Corps... The Army has a bunch of rules about unit patches," he said.

The Donbas region has seen an escalation in the situation over the past weeks. On April 7, the head of the self-proclaimed Donetsk People’s Republic, Denis Pushilin, said the situation at the contact line was deteriorating.

Russian presidential spokesman Dmitry Peskov has described the situation on the border as "frightening." He said Russia was taking steps to bolster the security of its western frontier in response to increased NATO presence.