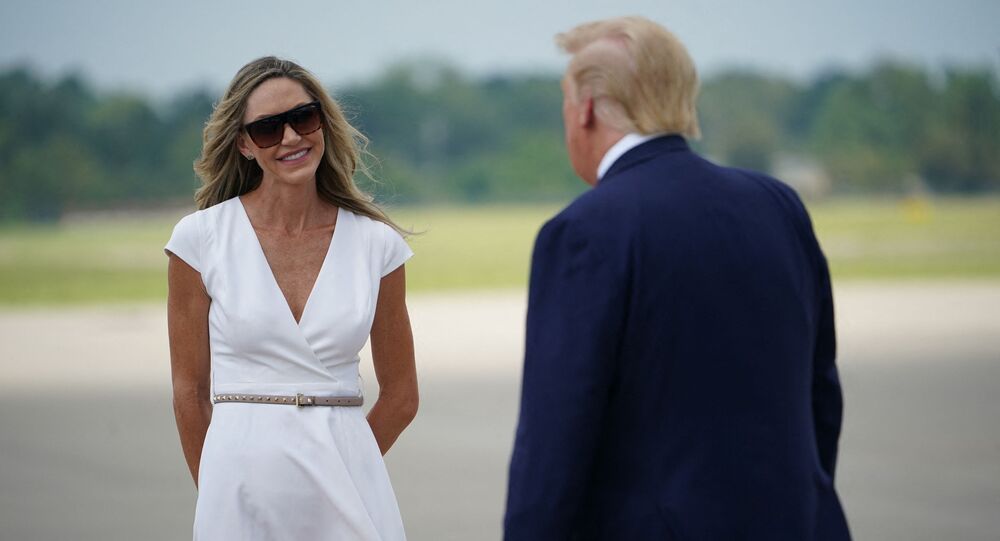 Donald Trump's interview with his daughter-in-law has been removed from Facebook over the former president's indefinite ban on the platform. Sputnik reached out to Dr Nicholas Waddy, associate professor of history at SUNY Alfred, who shared with us his ideas on how much freedom there is in freedom of speech when it comes to social media.

Sputnik: What do you think about Facebook's decision to ban Lara Trump's interview with her father-in-law, the former president?

Dr Nicholas Waddy: I think it's a complete outrage. It's an affront to everything we know about democracy and free speech. It's premised on Facebook's original decision to ban President Trump, which was based on the logic that his rhetoric had led to violence and could lead to violence again. Of course, by that logic, BLM and everyone associated with it should have been banned a long time ago, but of course, they weren't.

So, I don't think there's any conclusion you can reach here except that it's Facebook's animus towards Trump that is driving its decisions.

Sputnik: Facebook justified its decision to ban this interview with the statement that "all content posted on Facebook and Instagram" in [Trump's] voice "will be removed and the accounts publishing it will be penalised". Do you think Facebook will soon start banning all accounts with Trump's images? How far can Facebook and other tech giants go in censoring what it considers to be objectionable content?

© REUTERS / OCTAVIO JONES
'He Who Must Not be Heard': Trump Compared to Voldemort as Facebook 'Bans Ex-President's Voice'

One thing that surprised me is that President Trump hasn't sued Facebook and Twitter. He could allege viewpoint discrimination. He could also use lawsuits as a tool of intimidation. That's what Dominion is doing with various news outlets. Lawsuits don't necessarily have to succeed to have the effect of motivating people to change their behaviour. I don't understand for the life of me why he hasn't tried suing. But I think there's also a good chance that Facebook's decision to ban Trump will be reversed. Many people believe that Facebook's Supreme Court will do that in the near future. And I hope they will.

Sputnik: Why has the platform, which portrays itself as a vehicle of free speech on which people can express different views, become not only a tool of censorship but an instrument of political struggle?

Dr Nicholas Waddy: That's very sad because the great thing about the internet from the start was its openness and its democratic nature. And the great thing about social media was that ordinary people could have a voice in politics, which they ordinarily wouldn't have. Our political conversation used to be controlled by the legacy media, the big newspapers, television networks. And now because of the internet and because of social media, it's more democratised and more equal. And they're trying to reverse that.

They're trying to control what content people can access and what views can be expressed. I think everyone is scared of it.