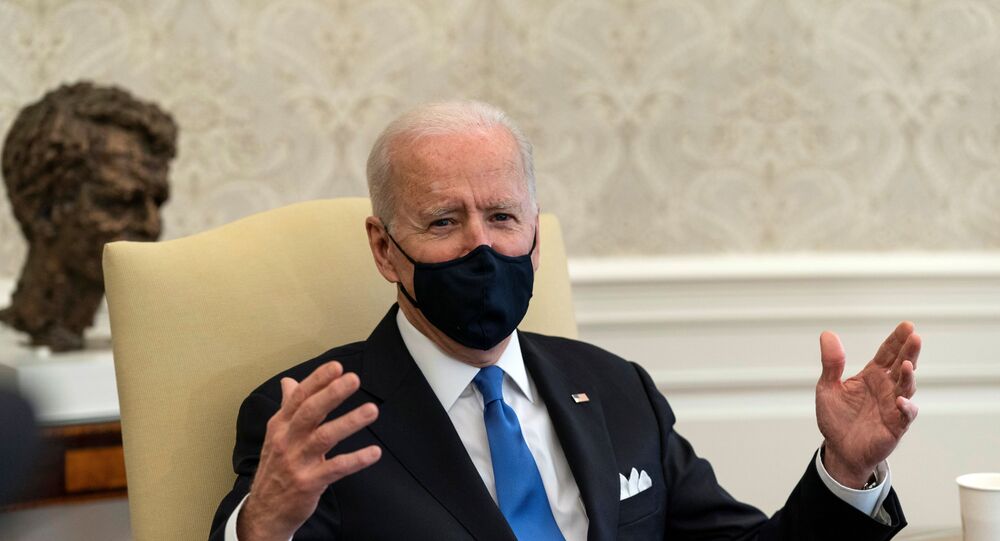 "The Biden administration is already breaking those promises!" Swanson said. "We've got a broken promise on Afghanistan ... and backing for a would-be coup in Venezuela."

Blinken acknowledged in the speech that previous US efforts to topple targeted governments by the use of force had failed and also backfired in that they undermined the confidence of the American people in their own government.

"We will incentivize democratic behavior, but we will not promote democracy through costly military interventions or by attempting to overthrow authoritarian regimes by force. We tried these tactics in the past. ...they haven’t worked. They have given democracy promotion a bad name and they have lost the confidence of the American people. We will do things differently," Blinken said.

Swanson said Blinken's speech sounded reassuring, but in reality it exposed the reality of the Biden administration’s broken promises in addition to humiliating diplomats tasked with implementing and defending US foreign policy.

"This sounds really nice. But making promises after and while already breaking them is insulting to the people who are supposedly in charge of the US democracy. We've got ... a halfway and unclear broken promise on Yemen, no movement on shifting military spending to peaceful projects and a broken promise on the Iran [nuclear] agreement," he said.

Blinken's speech also ignored the continuing reality of the United States’ weapons deals with "dictatorships, including with Egypt," continuing US warring in Syria, Iraq, Iran, and Washington's ongoing refusal to take its troops out of Germany, Swanson noted.

© AP Photo / Darko Bandic
A U.S. soldier observes form the top of a fighting vehicle at a US military base at undisclosed location in Northeastern Syria, Monday, Nov. 11, 2019.

The Biden administration remained committed to the "nomination of numerous war-mongers for high office, continued sanctions against the International Criminal Court, continued courting of the Saudi [Crown Prince], no prosecution of any pre-Biden war crimes and the continued exemption for militarism from climate agreements," Swanson said.

Blinken's speech was a mixture of conflicting positions allowing people to hear what they wanted in it, however contradictory different elements were, Swanson explained.

"Those wanting to hear peace - heard it, I'm sure. Those wanting to hear war - did too, no doubt. Those trying to figure out what's really going on heard both hints at peace and a firm commitment to wildly out of control militarism that guarantees a deadly diversion of resources and a significant risk of major war," he said.

Swanson pointed out that the speech was full of references to national security and the need to renew America's strength while insisting that only the United States could lead the world.

"But there were no threats, no bragging about the hundreds of billions in weapons deals with brutal foreign regimes already done, no promises to "kill their families," and not even a God Blessing of the troops at the conclusion,' he said.

On Tuesday, Blinken held a telephone conversation with Venezuelan opposition leader Juan Guaido whom the US government continues to recognize as president of Venezuela even though he never won a national election. Blinken is the most senior US official that Guaido has yet spoken to in the Biden administration.