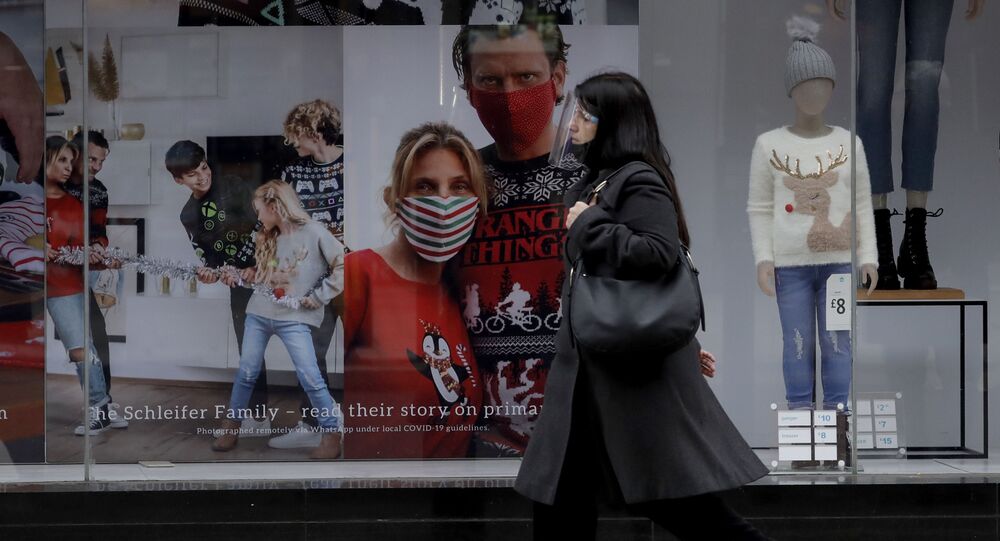 Authorities in Britain have reported increased activity from criminals using the COVID-19 vaccine to target the public into handing over cash or financial details. Individual scams range from "pay for jab" requests to some fraudsters even advertising spare vaccines on the dark web.

Looking at what steps people can take to protect themselves from falling victim to these scams, we spoke to Gareth Norris, a Senior Lecturer in Psychology, at Aberystwyth University.

Sputnik: How commonplace are these examples of COVID vaccine fraud?

Gareth Norris: Well, a lot of things that we think we know about fraud are probably limited to the cases that we get reported. So, although we can estimate that they're quite common, and they are quite common, we don't know how many attempts of fraud are made because we very rarely, unless our house was burgled you might report it to the police, but we're very unlikely to do that every time we receive a scam email or text. So, we don't really know necessarily how many attempts there are but there's certainly a lot of examples of people falling for it, or nearly falling for it, or reporting it. So, they are quite commonplace these scams, but we don't really have a full idea of how many attempts if you like are made.

© Photo : Migal Galilee Research Institute (MIGAL)
Israeli Biotech Institute Issues Fraud Notice as Fake Coronavirus ‘Vaccine’ Pops Up in South America
Sputnik: Are these scams targeted and if so, who are fraudsters targeting with them?

Gareth Norris: There's no real target as such. Occasionally, they will seek out individual people and they will maybe target certain demographics, or they may for example get email addresses from certain online forums or groups, phone numbers even, so they can sometimes do that where they might want to target for example older people, because they believe that older people are more desperate for this vaccine or are more likely to be duped, we have this perception that that happens but really anybody can be a victim of it. Most of these scams are just sending out messages to lists of email, lists of phone numbers that they've either bought or found online, and they just send them out en masse. If they send 2,000 and they only get a couple of responses that's all they really need, and once somebody's hooked in, they can often defraud them of a lot of money, but anybody really can be a victim. They're not necessarily targeting specific people.

Sputnik: What signs can people look out for and in terms of prevention, what actions can individuals take to ensure that they don't fall victim to these scams?

Gareth Norris: The most important thing is to never with any scam or any messages you receive, you've got to be careful not to just immediately respond and as a kind of saying, act in haste repent at leisure. That's not to victimise people, or place the blame on people for responding to these, because everybody's waiting and wants to get their vaccine. So, people are there primed ready but at the same time we've got to be just careful about what information we actually receive, and how we go about acting on it. The most important thing is if you do get a message and you do think that someone's contacting you, you then go to the actual source, so there'll be instructions there about what to do with you, going to get your vaccine - what do you need to do.

© AP Photo / Rajanish Kakade
UK’s NHS Frontline Doctors Express Concern Over Pace of COVID-19 Vaccine Distribution
So, make sure that you follow the advice from the NHS from that point because that's just really a notification that you're going to get your vaccine. So, you must never act immediately, and if you're suspicious at all and you should be suspicious, then just put some time in between responding, because that will allow you to just take that step back because sometimes when our emotions take over we tend to act very quickly, and respond very quickly, and that's when the scammers can get you because you've let your guard down and you've gone into their kind of world, if you like. We've seen a lot about people not taking the vaccine and I think people are worried about the vaccine itself but they're also worried about being caught in a fraud scam. So, there will be some people who have not taken up the vaccine because they think maybe it's a fraud, so I think it's very important that not only do we not get caught up in a scam, but that we don't miss our opportunity when it comes along, and don't take up the vaccine because we think it's a fraud. So, the next thing to do is to find out how you can go about getting your vaccine and be ready for when that message comes so you know that it's genuine and you can get your vaccines, because you wouldn't want to miss out on that opportunity.