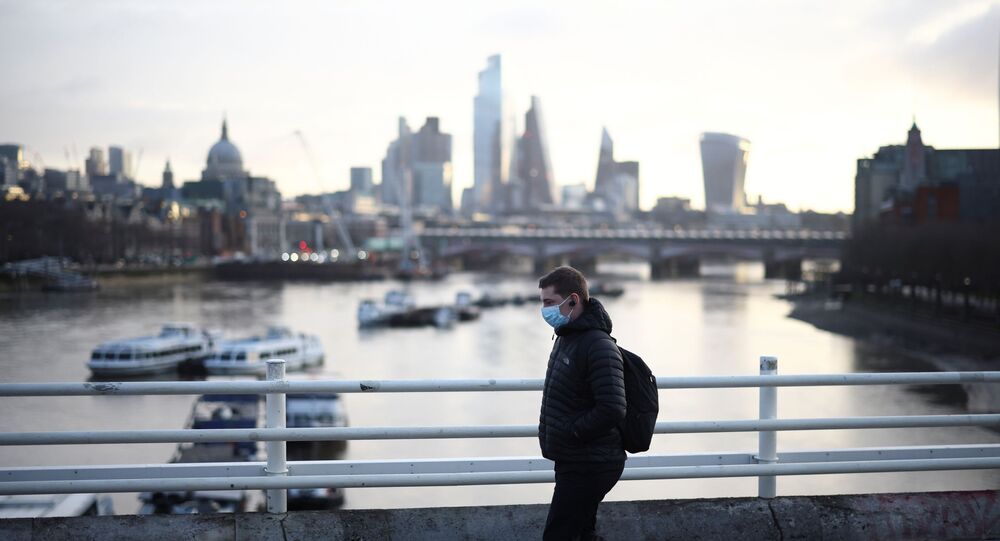 'Great Britain Used to Be a Free Nation. This Government Has Changed That’, Analyst Says

Boris Johnson’s roadmap out of lockdown may sound like the name of a travel show coming soon to Netflix. But it is also so much more than that. It is the route that has been carefully planned by the prime minister and his advisors as England looks to return to a life resembling normality by 21 June.

Johnson hailed the plan as a "one-way road to freedom" but has also thrown caution to the wind by reminding the English public that these measures could be stalled at any time, should data reveal that life out of lockdown is causing a dangerous rise in infections.

Michael Swadling from the Croydon Constitutionalists offers his view on Johnson's roadmap and reflects on the impact it could have on society.

Sputnik: What are your thoughts on Boris Johnson's roadmap out of lockdown?

Michael Swadling: Firstly, hugely welcomed that we are exiting lockdown. We've got a plan, which we've not had, in almost a year in three weeks to flatten the curve. So the fact that we are exiting is great news. But it's incredibly slow and will inflict unnecessary pain on families who are suffering without work, where people are not receiving medical treatment, people with mental health issues, and the economy already flattened by this terrible lockdown. The economic pain will only increase the snail's pace at which we're exiting it. So yes, it's to be welcomed. It's great news. But really, there's no dynamism here from the government, the government has done a great job in getting the vaccines out, you know, credit where credit's due. Britain's moving ahead of most countries, we really are getting people protected, but we're not reaping the reward of that. And the reward should be freeing our country up as quickly as possible. Getting the economy moving again, and getting back to normal, not a new normal, not a building back better. Just get back to where we were before.

Sputnik: You touched upon it there. What impact will this roadmap have on not just the hospitality sector and the economy, but society as a whole?

Michael Swadling: So I think that's really positive. We've not had hope, frankly, for a year now. But in terms of hospitality in terms of industries. They're sitting here in February, infection rates and death are thankfully dropping through the floor on this. We've got a sunny day, the world is open. And people are meeting outside, but they can't meet in a pub, they can't go for a meal. And the government has delayed that for more and more weeks, the government is barely keeping up with reality here, banning and delaying the opening up of the economy. It's just another hurt if you like, put on cafes, restaurants, pubs, even little takeaway shops. The government seems to think people are still listening to them, people are not, you see it all around you, that the following of the rules is scant at best.

© REUTERS / JOHN SIBLEY
Boris Johnson's Roadmap Out of COVID-19 Lockdown: What Does it Mean for You?

Sputnik: Matt Hancock has warned that everybody needs to play their role if we were to come out of lockdown. What are your thoughts on this statement? And do you think the general public has done enough?

Michael Swadling: Who the hell is Matt Hancock, Boris, or anyone in Parliament to tell us we can't see our family, to tell us we can't go outside our own homes to a public square. To tell us we can't run our own businesses. This is something we used to be proud to call a free country, this regime has come along and changed that. So when they say you're not doing enough, they're threatening us. You've got to keep following the rules, sod their rules, their rules are not the rules of a free nation. And people have to make their own sensible judgments against that. Now, you know, we've had a pandemic, it made sense to shield vulnerable people, to not spend a lot of time socialising. Absolutely right. Meet outside rather than inside. That's fine, but people should have been free to make those choices, not have them imposed by this terrible government that has destroyed our economy and taken our freedoms for the past year. And people should actively take on what they want to do and not feel that they're living in a country where you have to show your papers and prove to the police where you can and can't go. That's not Britain. That isn't what a free nation does.

Sputnik: There's been a lot of false dawns throughout the pandemic, do you think realistically society will be able to return to normality by June 21st?

Michael Swadling: It will be a different world. Things have changed. Much of what's happened during the lockdown has sped up processes that were already happening. We were seeing high streets being used less as people shopped online more. We were seeing people work from home more. The great worry for me is the precedent has been set. Future governments and I mean, government in the greatest sense. It's a civil service, the quangos. It's all of these people who sniffed a chance of power over others lives and are in a position to take it. We'll see that in the future they can take power from us, they can take our freedom, and just call it a public health emergency. For me, the way they want you to live, we have to do everything to resist that. And we have to do everything to make sure the politicians that impose this on us know it's absolutely unacceptable. And that means, you know, looking at other parties, you know, not campaigners, their local foot soldiers not campaigning for them. It means a whole range of things to make sure that in the future, they know this is not an acceptable road to ever go down again.