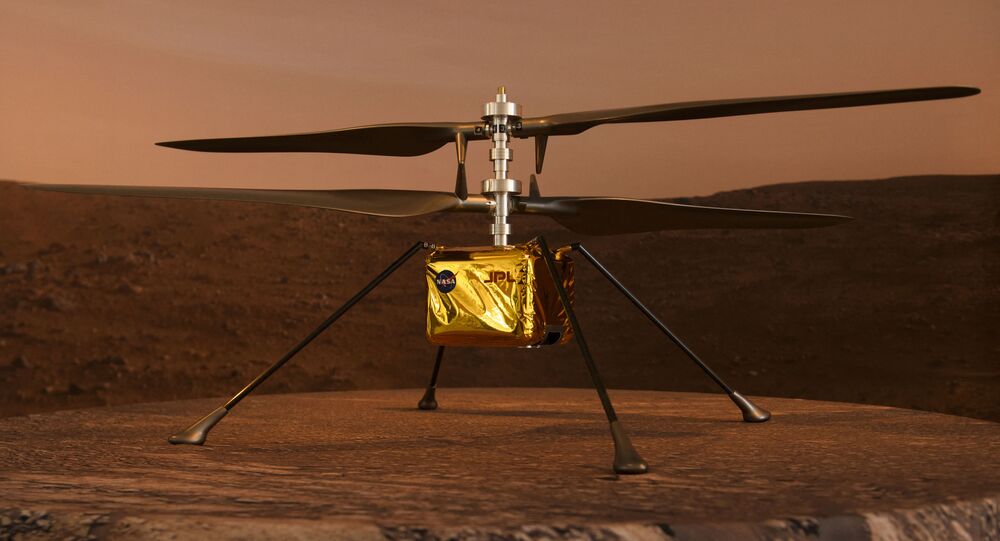 The North American Space Agency, NASA, has confirmed that its Perseverance rover is ready to land on Mars. The upcoming landing is expected to be an incredibly tense and important scientific endeavour, which aims to provide scientists, and people back on Earth a greater insight into life on Mars.

Dr Gbenga Oduntan, Associate Professor of International Commercial Law, at the University of Kent, explains what makes this mission particularly exciting and why it may open new horizons in space exploration.

Sputnik: How important is this upcoming Mars landing for space exploration efforts?

Dr Gbenga Oduntan: It is very important for so many reasons. It's a culmination of what's been taking place in NASA experimentation with Mars. We are witnessing a positive escalation of the experimentation to the extent that we are now having a robot on Mars that will dig and extract resources, not only for instant analysis and photographic evidence but also for storing for future visits by other manned or unmanned missions to Mars. Any exploration we can do on Mars or any other planets that we can reach is always good news. I think it's also good that NASA itself in its design of this particular mission looks at the fact that it's doing this exploration for mankind. This is something that is actually printed on the instrument that's doing this wonderful work.

Sputnik: What makes this landing so difficult compared to previous Mars landings? Is there anything which stands out about this landing in your eyes?

Dr Gbenga Oduntan: I wouldn't say difficult as much as what makes it exciting. I think what makes it exciting is the fact that it's already guided by the very best intelligence we have on where we can possibly find the best evidence of life on Mars. We already have chosen a place that seems to have most of this evidence and therefore, like I say, having this kind of targeted landing spots is something that is quite useful. Any part of the Moon, planetary bodies, Mars, is always difficult to land on. You never know what can go wrong and it has gone wrong in the past, nearly 50% of previous attempts to land on Mars, have led to failed landings. So, that's difficult in any case.

Sputnik: What are the next steps for space travel and discovery? Can we expect to see more of these launches and landings take place if Thursday's launch is successful?

Dr Gbenga Oduntan: This is a moment for mankind. The context of what we are likely to discover this time is quite motivating, we are going to have a clearer understanding of Mars geology, and its climate. The mission itself is to find out whether there is some life in Mars, or [if] there was life in Mars, and I think it's a statistical possibility that we'll discover from this very mission something like that. The goal still remains to determine whether life ever existed on Mars, to continue to characterise the climate of Mars, to characterise the geology of Mars, and most importantly to prepare for human exploration. So, all this is walking towards an escalation of our involvement in outer space and the very possibility that there will be a manned permanent mission on Mars.