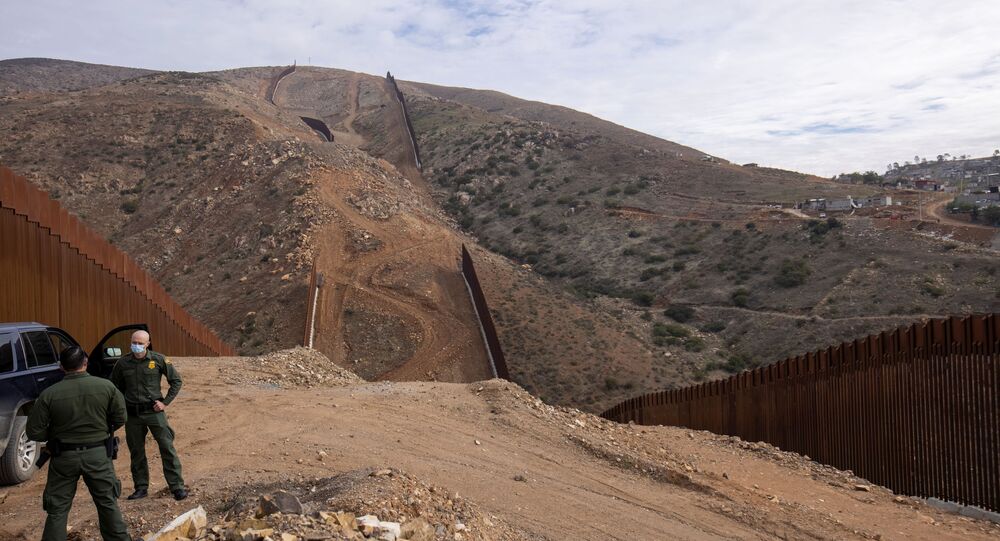 No 'Major Health Concerns' With More Refugees Coming to US Amid Pandemic, Expert Says

US President Joe Biden on Thursday announced he was raising the refugee admissions cap back to 125,000 "to help meet the unprecedented global need", after in October, former President Donald Trump lowered the cap to 15,000 refugees.

Kevin R. Johnson, dean of the University of California, Davis School of Law, has shared his views on the matter.

Sputnik: What countries do you expect the majority of these new refugees to come from?

Kevin R.Johnson: Well, that's hard to say. I haven't seen the allocation numbers from the president yet, but I assume that many will be coming from the Middle East and so many from Syria. But I would assume that there aren't going to be many from the Western Hemisphere or from Latin America, from Africa and the Middle East.

Sputnik: How safe is it for the US to accept more refugees in the context of the pandemic?

Kevin R.Johnson: President Trump would have thought it's not safe, but I'm sure that there'll be health and screening for all refugees as well as all the other people who were admitted to the United States. So I'm sure that they'll be Covid tests and the like. And so I wouldn't think that it's a major health risk. But if the refugee numbers are increased, as President Biden has said that he would, I mean, we're still talking about a relatively small number of refugees. It was very small under President Trump, 15,000 for the last fiscal year, and it'll be 125,000 for President Biden. So I don't see major health concerns.

Sputnik: What will the economic effect of the decision to take in more refugees be? How will it affect the already battered job market?

Kevin R.Johnson: I don't think a large economic impact. It's a relatively small number. And in our overall economy, we have a population of over 300 million people. 125,000 is a pretty small drop in the bucket, they would say. So I don't see it having a big economic impact.

Sputnik: What impact will the increased flow of refugees have on American society? What are the security implications?

Kevin R.Johnson: Well, President Trump is very worried about possible terrorists coming into the refugee program as well as coming into ordinary immigration channels. I don't think, myself, that there's a lot of evidence showing that there's a large number of terrorists coming to our refugee admissions program. Those programs have a pretty rigorous review of every applicant and every family. So we haven't had any major terrorist acts committed by a refugee. So I don't see this as having much of an impact on the overall national security of the United States. Some people might differ and President Trump would certainly have a different point of view.

Sputnik: How significantly will this decision encourage other types of migration to the US? Should we expect another “caravan” on the Southern border?

That's a good question. I do think that the Biden administration has taken a number of steps showing that they are more open to immigration, to refugees, to asylum seekers than the Trump administration. There may be some effort by numbers of people to come, but there were those efforts when President Trump was present where the doors were closed. So I think what we're seeing is, you know, migration patterns that reflect violence and danger in home countries. So I don't see our response as a nation encouraging or really discouraging those migration flows. So I do think there will be in the news some, you know, “caravans” and there'll be discussions of that. And it will be very popular on some very conservative news shows like Fox News in the United States. But I don't see large numbers of people risking their lives in desolate locations just because they think they might be able to get into the United States.