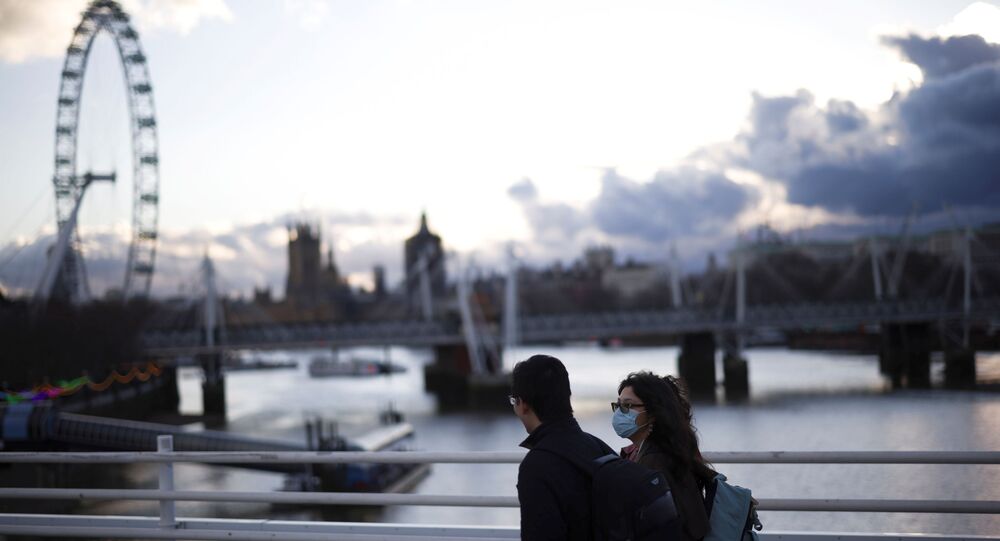 Government ministers in the UK have defended the hotel quarantine policy for new arrivals. It comes after opposition groups hit out against the government, demanding that the new laws extend to all international travellers. Examining the policy in greater detail, we spoke to the Political Commentator Pete Durnell in this interview.

Sputnik: Why do you think it's taken so long for these new rules to be put in place?

Pete Durnell: Let's say there was only one strain of COVID-19 around in the world, you could make a pretty good argument that there's very little point in the UK trying to limit travel to foreign countries with lower infection rates than we have, and let's face it, we've had some of the highest rates in the world so that would apply to pretty much every country, and they'd really have a lot more reason to try and keep us out, than of keeping them. Of course, we know, unfortunately, there are a lot of new strains appearing quite frequently. I don't think it's much doubt that these new potentially vaccine-resistant strains, these have actually caused the government to bring stricter quarantine/enforced quarantine measures in. Quite simply, a vaccine-resistant strain would blow our very successful vaccine rollout at the moment pretty much out of the water. So, I think that's what they're worried about.

Pete Durnell: Unfortunately, I'm not sure it can ever go far enough because if you look at countries such as Australia, and New Zealand, China, etc. they've all got extremely strict quantitating in place [and] have had for quite a long time, and they're still seeing outbreaks. So, I think we need to ask the question, can we ever hope to detect all the new variants appearing all over the world, and close down travel from that country, from any country where a new one appears before it makes its way into the UK?

And I would suggest, unfortunately, the evidence of the South African strain is 'No you can't', and also, unfortunately, it's probably going to get harder and harder to do this in the next few years rather than easier because COVID is not going away globally for some time. New variants will appear and they can do that pretty much anywhere anytime, so essentially, I just don't know if we're ever going to be able to keep them out.

Sputnik: What more should the government be doing to control its borders correctly and limit the spread of new COVID variants entering Britain?

Pete Durnell: We could try, we could enforce quarantine from every country - as I think the Labour opposition is demanding at the moment. We could try that. We could make more efforts perhaps to stop people coming across on dinghies from France, over the Channel, and then disappearing when they land. There’s a few things we could try to do but essentially it's going to be very difficult. We are an island though - we could throw a ring of steel around it. So, you know, bluntly, we should really be able to stop it completely but then if we only allow a tiny amount of people to come in and out of the country, how long are we going to do that for? We're not looking at a month or two here - we're looking at potentially years. Can we mothball our travel industry for that period of time? Can we set up testing centres all over the world in different countries, to pick up the new variants, and then block travel from that country? Can we ever adapt our vaccines fast enough?

I know they can do it quickly, retest them, roll them out quickly enough to protect against these new variants before they do get here, but what I'm trying to say really is, I personally am not sure vaccines are going to be our way out of this mess that we're in; and as I actually put an article on my website recently, I'm not sure if we should be perhaps looking more at effective treatments, rather than vaccines, because these effective treatments are basically more generic. We won't have to keep tweaking them quite as often, and essentially, I think they might be the way out, early-stage treatments rather than trying to forever keep developing new vaccines and vaccinate most of the population.