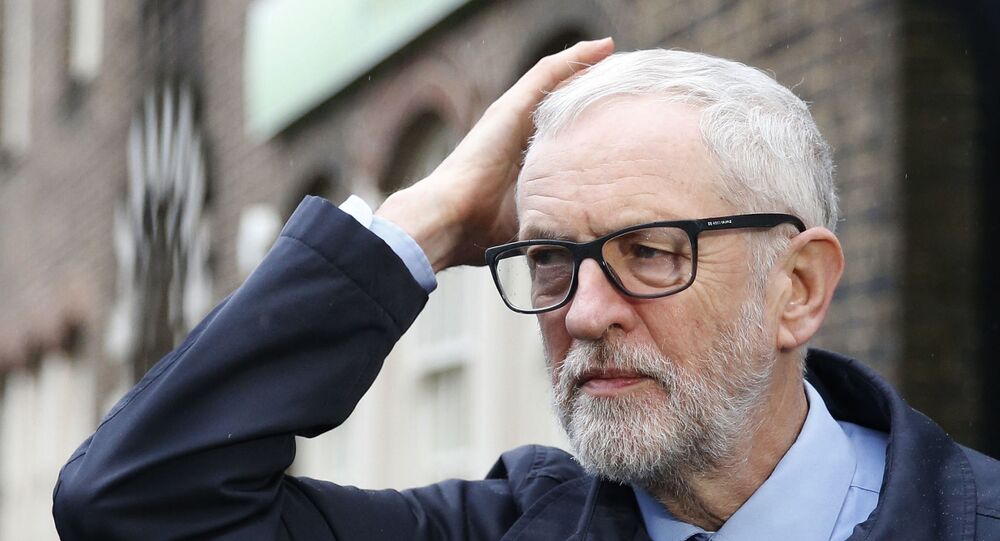 Under Jeremy Corbyn, the Labour Party won 262 seats in 2017. However, Corbyn was forced to resign amid an anti-Semitism row in 2020. The party is now trying to reassert itself and bring core voters back.

Iain Begg, professor at the European Institute of the London School of Economics and Political Science, reflects on the career of former leader of the Labour Party Jeremy Corbyn and his legacy.

Sputnik: When presenting the leaked strategy, Labour’s head of research reportedly said that voters were confused about “what [the party] stands for, and what [its] purpose is, but also who [it] represents”. Is there an identity crisis in the Labour Party?

Iain Begg: The challenge the Labour Party is facing is the legacy of Corbyn and the time it takes to undo the mess that Corbyn left behind. So I think that's the core of everything that's happening. Part of that is that Corbyn strongly alienated many traditional Labour voters in industrial areas, the ones that conservatives won during the last election just over a year ago in places where they'd never won previously, or it's very unusual for them to win.

© AP Photo / Kirsty Wigglesworth
'For The Many, Not The Few': Jeremy Corbyn Outlines Vision For the Future With New Project Launch

And all reports I've seen say that when Labour candidates or Labour supporters are trying to gain votes in those areas, the main objection the Labour voters or former Labour voters had was not the position on Brexit, but the leadership of Corbyn. So, you have to see everything through that lens.

Sputnik: Among the leaked strategy’s proposals was one suggesting that Labour should show “authentic values alignment” by “the use of the [Union] flag, veterans and dressing smartly”. Does this mean a shift to the right for Labour?

Iain Begg: One of the objections that many of the traditional Labour voters had to Corbyn was that he was unpatriotic.

So that stance of Corbyn meant that many voters, working class voters, could not really feel comfortable voting for a Corbyn-led party. I don't want to keep insisting on this, but the reality of the story is that's what Labour is trying to change to address the dissatisfaction of their members about things like patriotism. And that's not left-right, that's identity.

Sputbik: In your opinion, what are Labour’s current chances of retaking the “Red Wall” and winning the next general election?

Iain Begg: Well, that's precisely why the Labour Party, from what you told me, is going through this process of trying to rebrand or to reorientate itself to attract back the voters it lost. In England, it has a chance. A much more difficult challenge is going to be in Scotland, which used to be a core support of the Labour Party up to 2010. But as I'm sure you know very well, Labour was completely overtaken by the [Scottish] Nationalist Party and shows no real indication of getting back that Scottish vote. At the peak of Tony Blair and Gordon Brown, the Labour Party could count on something like 40 or 50 seats from Scotland alone. So, it's the Red Wall, yes, that's a challenge addressed by dealing with this identity matter. But Scotland is a second and bigger challenge because it's very unlikely that Labour could win in the United Kingdom without a significant improvement in Scotland. And Scotland is currently dominated by the nationalists, not just the nationalist party, but the nationalist debate.