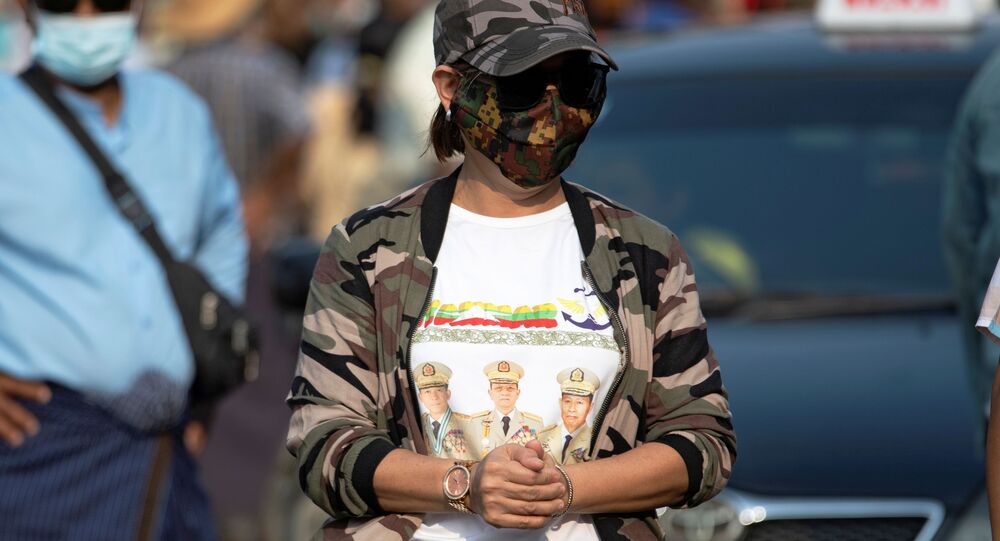 On 1 February, Myanmar's military declared a state of emergency in the country and detained top politicians, including State Counsellor Aung San Suu Kyi. Leaders of the US and EU have condemned the military takeover of the country, with US President Joe Biden threatening Myanmar with re-imposing economic sanctions.

Sputnik spoke with Jay Harriman, senior director at BowerGroupAsia, a government affairs consultancy, to hear his thoughts on the latest developments in Myanmar, where the political situation has changed significantly over the last few days.

Sputnik: Why do you think Myanmar's military has taken this gamble, despite it having sufficient power in parliament?

This coup was driven by personal and institutional calculations. The army chief harboured political ambitions, like taking a senior role, such as president, in the new government.

His mandated retirement is mid-year and the presidency would have allowed him to transition to civilian affairs. However, with the resounding win by the NLD in the election, his chances of taking the presidency quickly evaporated and with his political future in doubt he chose to fight back in the most extreme form possible.

Sputnik: US President Joe Biden has threatened to reinstate sanctions against Myanmar in the wake of the country's military seizing power. Given this, how do you expect the situation to unfold?

Jay Harriman: Under the Foreign Assistance Act, Section 508, the US must cut aid to countries where a democratically elected leader has been overthrown in a military coup, but it doesn’t always follow this by the letter, taking geopolitical interests into consideration.

There’s a strong likelihood that some form of sanctions will be forthcoming. Sanctions could be targeted against, say, military controlled businesses like MEHL and MEC, while avoiding the more blanketed sanctions used in the past which proved ineffective in delivering political change and only worsened poverty.

Even then, targeted sanctions maybe of limited utility since many generals, including the army chief, are already sanctioned. US policymakers will also be highly aware of the fact that heavy-handed sanctions and US disengagement with Myanmar could benefit China in their geopolitical rivalry.
Sputnik: International powers - the UK, US, EU, and the United Nations - have condemned the coup, but realistically what steps can be taken?

Jay Harriman: The UK, US, EU, and the United Nations have limited options at their disposal. They can issue strong statements to stigmatise the coup makers and re-impose economic sanctions, but this will have little utility in changing the political dynamic. The junta has other options like China and regional neighbours who are ready to carry on business as usual.

Sputnik: What do you think Suu Kyi’s fate will be? Do you expect a civilian pushback?

Jay Harriman: Aung San Suu Kyi (ASSK) has called for people to resist the coup through non-violent measures. We’re already seeing strong push back from civil society, with students and doctors calling for civil disobedience. Social media has become a space for protest and resistance. A repeat of the past whereby the army cracks down and kills scores of protesters, including jailing ASSK, is a real possibly, but it is not inevitable.