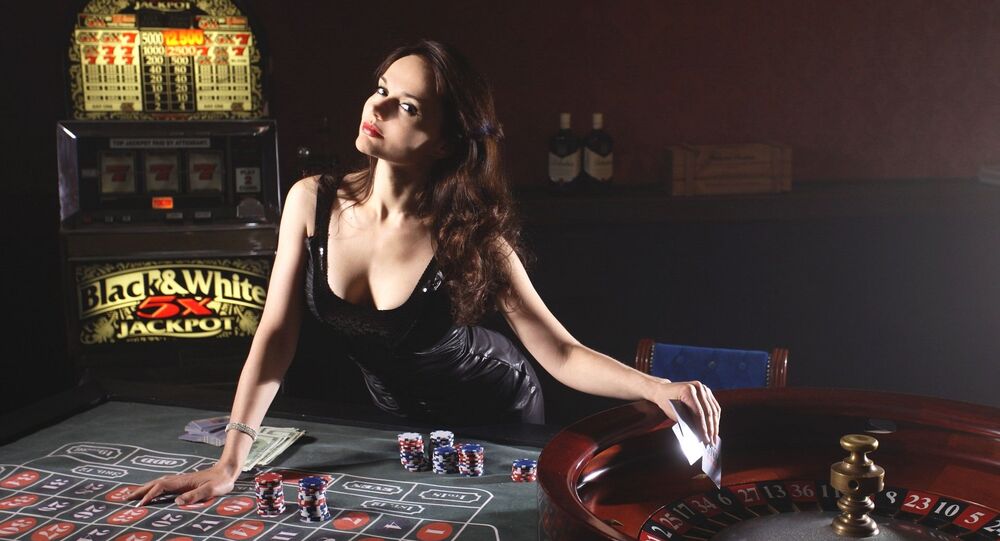 Britain’s Gambling Commission has announced a series of new restrictions designed to make online casino games safer and less intrusive for players across the country. The rules follow recent figures that revealed the British public spent an estimated £2.2bn on online slot games in 2019.

Dr Mark Griffiths, a Distinguished Professor of Behavioural Addiction at Nottingham Trent University, looks at these laws in greater detail.

Sputnik: Could you tell us more about the types of games, and gambling, that these new laws hope to target?

Mark Griffiths: What the Gambling Commission are trying to do is to minimise problem gambling, and one of the things we know about problem gamblers is they prefer very fast games, so games that have what we call a high event frequency associated with problem gambling. So, one of the things they want to do is, particularly on online slot machines, is to slow down the spin of the reels. One of the problems with that of course, is that there may be unintended consequences, so although gamblers for instance, might be spending less over time, they might actually be gambling more because they still want to play the same amount of games. Problem gambling isn't just about the amount of money that you lose, it can also be about the amount of time you lose, because that's going to take away from other activities in your life; whether that's compromising your relationships, or compromising your job or education, depending on what age you are. Other things that they're trying to do is something called reverse withdrawals. So, we know for instance that problem gamblers don't tend to take their winnings, they tend to basically plough that money they've just won back into gambling. What the Gambling Commission are hoping is there'll be a ban on people taking those what we call reverse withdrawals because there is some evidence that that tends to be associated with problem gambling.

Mark Griffiths: For me, these are quite small piecemeal little things, and I welcome anything that's going to protect players and minimise harm, but one of the issues is there other things that we can do that actually protect people more globally. So, for instance, some of the research that I've been doing is on what's called limit setting. So, if you get people to set limits on the amount that they deposit, the amount that they're prepared to lose, the amount of time that they're prepared to lose; these in terms of the research that we've done over the last five, or six years, has shown that limit setting does tend to work but the problem with limit setting is that [for] most companies it's only voluntary. So, I would actually have a mandatory system where if you're going to gamble on any particular website, if you want to gamble, you have to set your time and money limits in terms of what you're prepared to lose. If you did that it wouldn't actually matter what the speed of the spin on a reel [is], because once you'd hit your limit that would be it, you wouldn't be able to carry [on]. Now, of course, that doesn't stop people then going to another website but if all the websites, gambling websites, have this kind of mandatory rules, these little piecemeal things that the gambling commission are doing to try and make gambling safer, I personally think it's the big infrastructure things we should think about. But I welcome anything, even the small steps to try and as I say, minimise harm and protect players, because we do know that a very small proportion of gamblers, unfortunately, do have problems with their gambling. I mean, the good news is when it comes to gambling addiction is that it's a very kind of minority problem in this country, but problem gambling is around about 0.5%, which equates to around about half a million gamblers in this country. So, that's a sizable minority there that we do need to protect.

Sputnik: How have preferences amongst gamblers or players changed over the COVID pandemic? For example, have online casino games seen a surge in popularity amid lockdowns, and restrictions, being placed across sporting events?

Mark Griffiths: So, we've actually just done two studies looking at what's happened to gambling during the pandemic and we were lucky, we had access to actual behavioural tracking data provided by gambling companies, in terms of online sports betting, which is very interesting of course because online sports bettors, at the start of the pandemic couldn't bet on anything because there were no sporting events to bet on. We actually looked at whether sports bettors actually gravitated towards things like online casino gambling instead and in fact, what we found in that study, that wasn't the case at all, there wasn't any, you know, no real conversion whatsoever. Another study that we literally have coming out this week, we've actually looked specifically at online casino gamblers; what we've seen over the pandemic is that those people in what we call the highest gambling intensity group, and that would probably include problem gamblers, they have actually decreased the amount of money that they bet over the course of the pandemic but people who are the kind of occasional irregular gamblers playing online casino games, what we've seen there is actually an increase in the amount of money that they're spending, there could be reasons for both of those. So, people are now spending more time at home, more time online, and therefore gambling is one of the things they can do and for the occasional bettor, who wants to play on an online casino game, we've actually seen a small increase there. For those who are the more heavy, problematic end of gambling, it may be because they're trapped in home, they don't want to be gambling in front of their children or in front of their partners, and that's where we may have seen a decrease. So, the findings are mixed at the moment but I think lots of the scare stories you see in the papers about the pandemic causing an increase in problem gambling, are certainly not borne out in the research, that we've done.