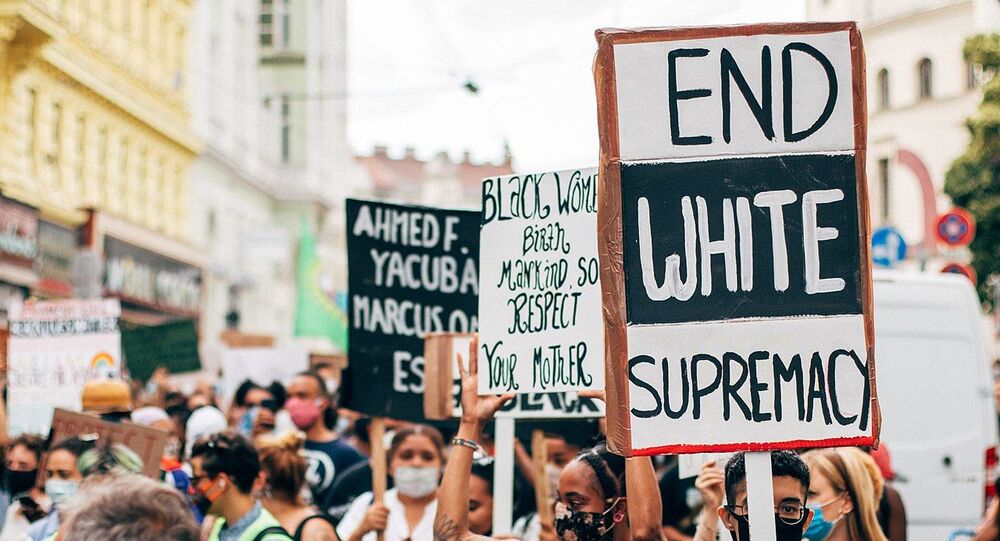 Left Will Use Report on US Hate Groups to Silence Right, Political Analyst Says

Last week, US President Joe Biden requested a comprehensive domestic terrorist threat evaluation from the intelligence community as part of his plan to confront and defeat white supremacy and domestic terrorism.

Sputnik spoke to Todd A McKinley, political analyst and retired US Army Paratrooper who served tours in Iraq and Afghanistan and worked for six years at the White House Communications Agency & White House Military Office.

He shared his view on whether neo-Nazi organisations exist all over the world and whether they pose a real threat to the democracy, and what can be expected from a report by Biden's administration.

Sputnik: In your opinion, do the neo-Nazi organisations in Europe and the US represent a coherent global movement?

Todd A McKinley: No - these movements, even if connected through means other than ideology, represent such a small sliver of society that they’re essentially relegated to the fringes.

Additionally, we should look to oppose not only neo-Nazi groups, but all hate groups. In the United States, we have a Democrat Party that’s lied about Republicans giving groups like this a nod, through one of [the Democrats'] new nonsensical terms, “dog whistles", yet they’ve outwardly supported hate groups that are very active in destroying American cities and scaring voters - namely the Marxist organisation, Black Lives Matter, and the oddly termed “ANTIFA” movement.

Sputnik: Do they pose a real and existential threat to western democracies or does the media inflate their importance?

Todd A McKinley: I can say without hesitation the media is inflating the effect these groups can or would ever have.

This is a leftist agenda to use publicly funded law enforcement agencies to go after legitimate opposition on the right.

I should reiterate, we should call out and go after all hate groups equally and evenly, not try to falsely tie people on either side to hate groups - this only divides society.

Sputnik: Joe Biden has directed law enforcement and intelligence agencies to study the threat of domestic violent extremism in the US. What results could be expected from this review?

Todd A McKinley: Outside of what’s already known, nothing. The only thing that we’re likely to see is another report that will be over-publicised by the White House, the Biden Administration and the Democrats to go politically after everyone on the Right.

Sputnik: Given the overt support by the mainstream media of the Biden Administration, to what extent do you expect it to inflate the report’s findings?

Todd A McKinley: In addition to my previous statement, the Left-wing media will use this as an additional weapon to justify their support for destroying the 1st Amendment right of anyone who's a conservative.

Sputnik: How much could it be used to further suppress right-wing views and voices?

Todd A McKinley: I believe I touched on this, but, any honest human being, regardless of their political ideology can see this will be used to crush opposition.

Sputnik: Do you think that this trend is growing and if so, what contributes to it?

Todd A McKinley: As far as hate groups growing, if so, one could point to our political leaders who’ve marginalised people for way too long at the expense of civil society.

Playing identity politics games alienates the people who are not part of the problem, but are said to be the problem. It also doesn’t help the people it’s supposed to help, it only hurts more people - just look at the results, just look at how horrible the Biden Administration is pushing their agenda citing “equity”, etc.

This is another in your face way to push a flawed narrative while not addressing it in any meaningful way.

Sputnik: In your view, how does it affect fundamental freedoms and rights guaranteed by the US Constitution?

Twitter/Sound the Alarm
US Cop Sacked After Neo-Nazi Ideology, Racist Posts Uncovered on Fascist Website
Todd A McKinley: If we promoted the best and brightest, and insured politicians truly respected the Constitution, we would have far less issues.

With political parties being the way they are, the Constitution has taken a back seat, and with courts being more politicised, especially from the standpoint of left-wing ideologue-activist judges, it certainly doesn’t help.