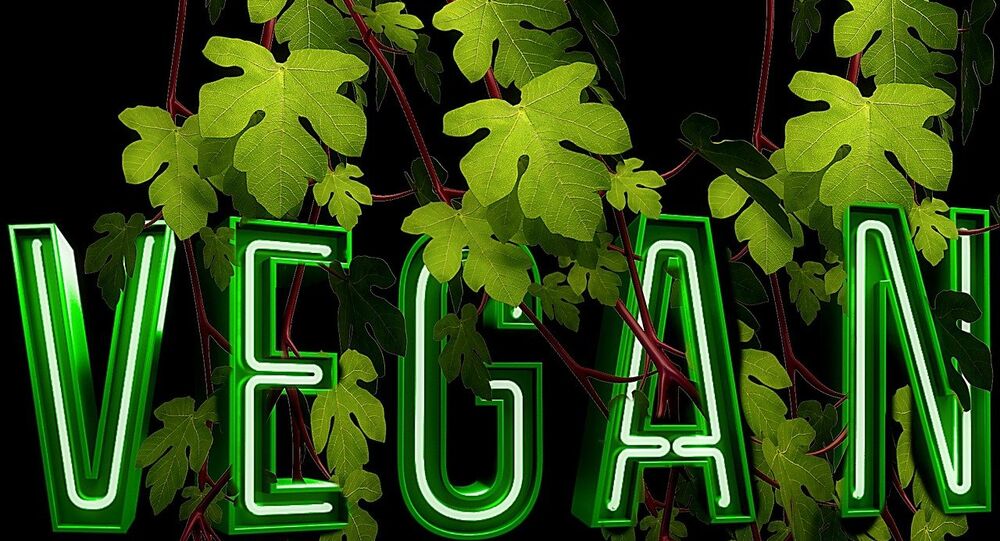 Covid lockdowns are inspiring more people than ever to overhaul their diets, with Veganuary becoming a worldwide trend.

Veganuary is a non-profit organisation that encourages people to try to switch to being vegan for the month of January and beyond. Their aim is to support people and businesses to move to a plant-based diet as a way of protecting the environment, preventing animal suffering and improving the health of millions of people.

This movement has seen celebrities and social media influencers alike preaching the importance of being less carnivore and more caring and embracing an animal-free lifestyle.

But how much do we really know about veganism? Anika Knuppel, Nutritional Epidemiologist at the University of Oxford, has made an attempt to find out if vegan diets are as healthy as is often proclaimed.

Sputnik: Are vegan diets as healthy as is often proclaimed by some sections of the media?

Anika Knuppel: It's not conclusive. So I think the media makes it sound like we know it's healthier. But actually, if we look into the research, we don't have conclusive answers. We have found that vegan diets are associated with a low risk of heart disease, and diabetes, for example. But there are a few studies that also find negative effects. So, a recent study of my research group has found that there was an increased risk of fractures in vegans. Now, whether that is the truth, or whether it's one or the other, or whether there's like an overall health effect, is actually really hard to tell with the research that we have right now.

So, first of all, it's because we actually have quite a few studies that include vegans. And most of the time, not that many in the UK, currently, just 1 percent of the population is suggested to probably follow the diet. And so if we collect data on where we basically send people a letter and ask them to participate in a cohort study, we're not going to reach that many people who follow a vegan diet. And because it's based on so few people, it's really not easy to make conclusive answers. So if, for example, one of the largest studies that is actually in the UK includes 2,600 vegans and compared with that, studies where we look into meat-eaters include, like, 400,000 meat-eaters, that allows us to make much better predictions.

And this is especially important because we think about health versus kind of common thing that you don't have good health. But if we look at something, for example, like cancer, not that many people overall get cancer. And with this research, we ask people what they eat and then we follow them up for a couple of years and see if they have any health concerns or any disease. And for people to actually get a cancer diagnosis, that's quite rare. And so if we have fewer people, we have less people actually to look at numbers who are diseased, or haven't got a disease. So that's the first problem. And the second problem is that even if we ask people if they follow a vegan diet or not, the quality of vegan diets can be quite different. So vegan diets are defined by not eating meat or dairy. But you can have quite an unhealthy diet that is vegan: you only need to eat vegan sweets all day and that would still be a vegan diet. So there's a lot of additional healthy food or unhealthy food factors within each diet. And also, we have an issue around fortification and supplements. So, currently the NHS recommends to use fortified foods to make sure that vegans get enough vitamin B12, for example. But this data is also really hard to collect. So maybe if you've ever taken a vitamin tablet, you might take it, maybe you take it every day until the package is done and then you forget to buy a new one and so you don't take it for a couple of months. And then you walk past a shop and you're like, 'Oh yeah, I can actually get another package of these vitamins'.  It's really hard to do work with that data and to collect that correctly. And that's especially important because many vegan foods like soy milks are fortified or can be fortified. And so many vegans that do take a lot of care of their nutritional deficiencies, they do take supplements.

There's two more points: one thing is that today, with Veganuary becoming increasingly popular, but also vegan foods becoming increasingly popular - loads of new foods coming out - we actually don't have data on that. So the studies that we use - we collected data - we got these people involved in the Eighties. So, in the Eighties we didn't have that many options. Well, if you'd collect data now, you'd probably have people eat much more variety in a vegan diet.

Sputnik: And how important is research on different groups?

Anika Knuppel: I think it's important to remember that any epidemiologist research is research on groups. What we do in this research, we're basically comparing somebody, who follows a vegan diet and somebody who follows a kind of omnivorous meat-based diet. And we look over time and we see kind of the percentage of how many people get a certain disease in one group as compared with the other group - there's always a comparison between the two. And there will be people in either group that maybe don't get the disease, but there are also going to be people in the vegans, even if there is a reduced risk of heart disease in the vegans, there's still going to be a couple of vegans that did end up getting heart disease. That's just the kind of way this research works, and it's all about comparison. And when it comes to the individual, it often comes down to chance - we all have that uncle who always smoked and even though you told him, 'Well, this increases your risk of lung cancer', he might have not gotten lung cancer. So on an individual level, this research is sometimes not as applicable. So, although you do want to make sure you have a healthy lifestyle and follow the recommendations that are out there, the diet - but also physical exercise - you shouldn't think that this research can tell you you're never going to get a certain disease or you will get a fracture. That's not what we're saying. We're just saying that if you compare the two, and there are a few more people that get a fracture in the vegan group than in the meat-eater group.

Sputnik: It sounds like long term studies on vegans are quite important, and there are probably not that many, are there?

Anika Knuppel: Yeah, that's definitely true. There's probably around a handful that can really look into long-term health, for all the main health concerns we're interested in. Such as cardiovascular disease, even just mortality or cancer. We really need long-term studies.