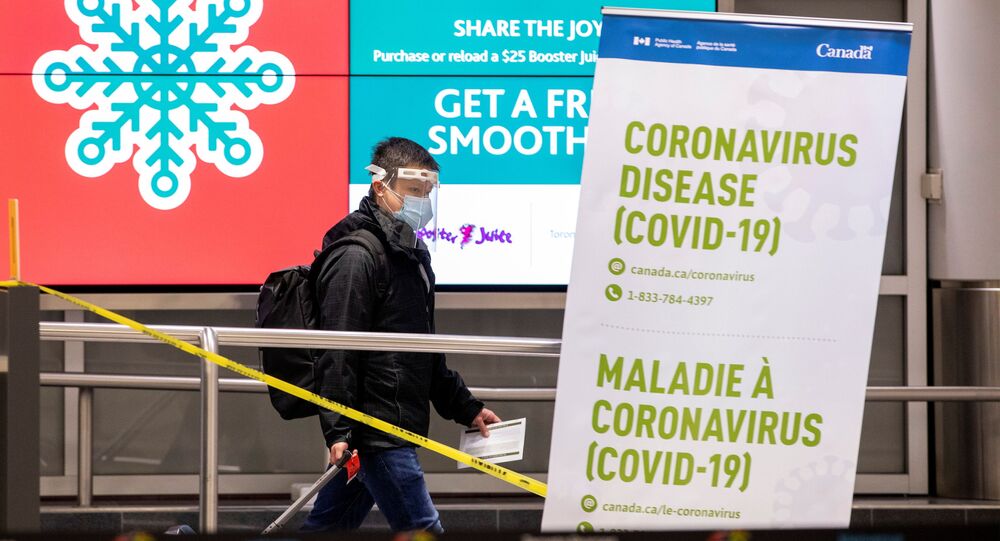 Even though the COVID-19 pandemic slashed Canada's immigration rate in 2020, the influx of newcomers from abroad continues, bringing societal and economic changes.

Sputnik: Canadian provinces have imposed various coronavirus-related restrictions, such as curfews in Quebec and stay-at-home orders in Ontario, as well as travel bans in other provinces. At the same time, the government has not changed its ambitious mass immigration plan, despite the restrictions and lack of tourism. How is this affecting Canadians?

Jill Colton: I think it just speaks to the double standards of our government with this pandemic. Provincial governments don't seem to have a problem shutting down people's livelihoods, closing schools, quarantining healthy people, forcing us to wear masks, implementing curfews, etcetera – all for the so-called "greater good," meanwhile the Feds are laser-focused on meeting the incredibly high immigration targets despite all of the economic and societal chaos.

Why falling immigration isn't that bad for the economy during COVID-19 https://t.co/swXSk8tUEQ

​It also begs the question, if the government is so concerned about our safety, why would they continue to import immigrants into Canada during a pandemic? Why is this even a priority? Especially considering how sky high our unemployment levels are across the country due to government-enforced lockdowns. It's also interesting that we're still allowing foreign flights into Canada from so-called “COVID hotspots.” I'm sure if we put it to a referendum, the majority of Canadians would happily vote for less immigration – especially during a time of national turmoil such as this one.

Sputnik: Canadian media recently reported that the country's suburban population grew steadily around large cities throughout 2020. In your opinion, how is this trend affecting life in Toronto, Montreal, and Vancouver?

Jill Colton: This is a big topic that's barely getting the attention it deserves. Essentially, what's happening with the pandemic is that people are now working from home in droves and because they're no longer glued to their downtown offices, they're escaping the cities – Toronto in particular. The exodus is astounding. Statistics Canada recently reported that 50,375 Torontonians moved from the city to the suburbs/rural areas from July 2019 to July 2020. This trend has been going for a while, but was pushed into overdrive by COVID. The phenomenon is known globally as “white flight” – which is when white people move out of urban areas, particularly those with significant minority populations and into suburbia.

And despite border closures during the pandemic, international migration from July 2019 to July 2020 accounted for 90 per cent of the growth in Canadian cities.

What this is really saying is that white flight is in full swing to rural areashttps://t.co/KnRKfnu6dz

​There are also other factors of why people are fleeing the cities including a better lifestyle in suburbia (especially if you have children) – less traffic and crime, more of a community feel, and lower housing prices. However, due to this explosive internal migration, real estate prices in smaller towns are being catapulted – in fact, some areas are outpacing Toronto's prices. Meanwhile, the cities are being filled with newcomers. Much of the recent growth in major cities across the country are due almost entirely to immigrants.

Sputnik: There are many businesses, especially small and medium enterprises, that are suffering from COVID restrictions. A couple of months ago there was a big story in Toronto about local restaurant owner Adam Skelly, who was arrested for not following lockdown rules. Businesses like his are obviously struggling to survive and paying taxes, but the Trudeau government still wants to spend tax dollars on mass immigration programmes. Do you think Canadians see a connection there, and, if so, what is their reaction?

Jill Colton: Sadly, no. I don't think the vast majority of Canadians are able to see the connection between small businesses being destroyed by government lockdowns and the crucial effects this has on the tax base. So many are too focused on the short term restrictions and their own fears as opposed to the long term ramifications on the country and entrepreneurs. Generally speaking, I worry Canadians have too much blind trust in our government. Restaurants Canada reported in December that 10,000 restaurants have closed because of the lockdowns and up to 50 percent of independent restaurants could close permanently. Many businesses are now utilising government subsidy to get by, which of course is taxpayer-funded. The country is already drowning in debt, how long can we realistically do this for, especially when whole sectors of the economy are getting obliterated due to lockdowns. It's also strange when politicians reiterate, 'we're all in this together' when they haven't had their livelihoods ruined by shutdowns. The public sector hasn't been affected financially – they all still have their salaries! Meanwhile, entrepreneurs are being decimated.