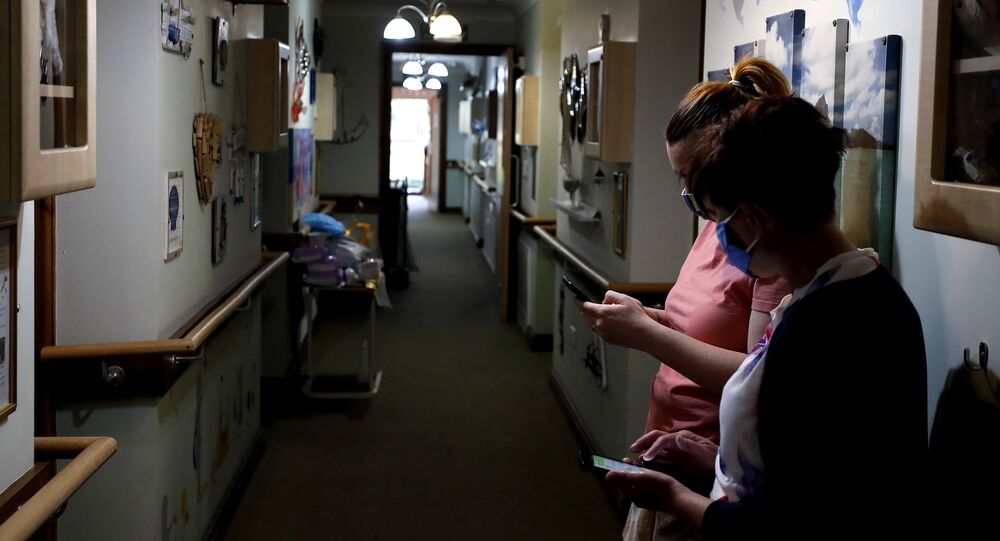 'Johnson Still the Best PM for Britain, He'll See Us Through the Pandemic,' Tory MP Says

Reports suggest that the number of rebel backbenchers within the Conservative Party is growing amid the UK's current lockdown restrictions as Boris Johnson tries to navigate the country out of the crisis.

Conservative MP, Steve Baker, who previously played a leading role in delivering a vote of no confidence against Theresa May, contributing to her downfall and resignation, warned that Boris Johnson's leadership may be threatened unless he identifies a clear lockdown exit strategy and lifts the restrictions currently in place.

As revelations that Tory Party members are losing faith in the PM circle, we spoke with political commentator Keith Rowe to find out his thoughts on the UK government’s COVID response and if Boris Johnson is still the man to lead Britain out of these dark times.

Sputnik: What are your thoughts on the government’s overall response to the pandemic?

Keith Rowe: I think the government has had to learn very, very fast. They've clearly made some errors, as has every government across the world at the beginning. And I think they're now getting their act together. And I think that now that the vaccine has been developed, and they did do the right thing in ordering very large volumes of these in advance. And of course, we're very lucky that one of the vaccines is developed in this country. I think we're in a very strong position now. And the government is getting its act together in getting these vaccines out. It's been a long struggle as it has across the whole world. And I don't think any country has been perfect in the way it's handled the crisis. This is a new occurrence and it's a steep learning curve, but I think that we're on the right path now and we should all be very grateful.

Sputnik: It's been reported that there's a growing number of backbench conservative MPs opposed to the current lockdown restrictions, and there are suggestions that Boris Johnson's leadership may be under threat if these restrictions last until spring.

Keith Rowe: Well, I think Boris Johnson's actually in quite a strong position. And I think a lot of this talk about threats to his leadership position are bluster and unnecessary criticism. I think the easing of restrictions will follow. The more we become immune to this disease through vaccination, they'll be able to ease up on that.

Sputnik: You mentioned Boris Johnson being in a strong position but is he still the right person to navigate Britain out of the pandemic?

Keith Rowe: Yes, he was dealt a very difficult hand to start with, he took over under extremely difficult circumstances. He had the disaster of Mrs May's premiership, then he had to follow that immediately by trying to sort out Brexit. And then, of course, we were hit with this terrible pandemic. And of course, on top of that, he caught the disease himself, which knocked him out of action for a while. I think in hindsight, yes, he could have done some things better. I think every leader across the world could have done some things better, but he's actually navigated us through it. He'll see us through it. And thankfully, there's light at the end of the tunnel. So we can actually, as a country move forward. And I think he, with a big majority in parliament, is in a strong position to do that. I can't see anybody else really becoming a serious contender at the moment to take over.

Sputnik: What are your thoughts on the current lockdown restrictions in place?

Keith Rowe: Well, like everybody, I'm fed up with them, I want to get away from these lockdown restrictions, and the sooner we can ease up on them, the better. In hindsight, we'll probably find that some of them were unnecessary, and we'll probably find we could have done something better. But this is a very difficult learning curve. And I think that to try and do everything possible to restrict the spread of this disease is probably the right thing. They've had to do something very, very drastic that's not really been done before, to try and contain this disease. And it's a difficult time for us all.