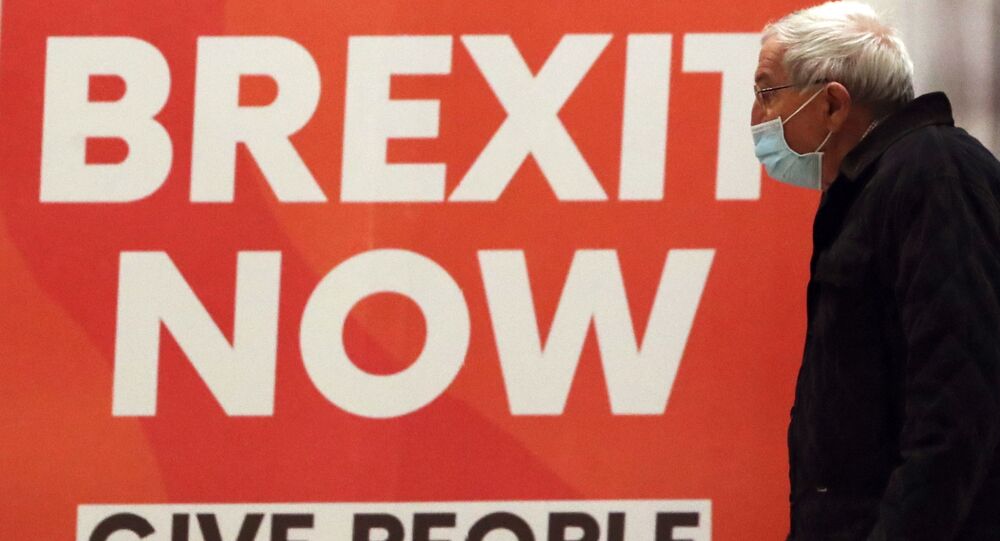 ‘We Will Survive Brexit and The Great in Great Britain Still Remains!’ Political Commentator Says

As Britain continues to crumble under the weight of Covid, the prime minister is being urged more than ever to protect the UK’s sovereignty and its fishing industry.

As concerning reports emerge that Brussels has cast its line and is close to reeling in Britain’s Brexit Negotiator to greenlight a deal that would see Boris Johnson making a major compromise on fisheries, it’s understood that the UK is now willing to accept 35% of the £590 million worth of fish caught by European boats in British coastal waters. This would signify a remarkable turnaround if Downing Street was to abandon its hard-line stance, previously stating that it would accept nothing less than 60% for British fishermen. This comes at a time when calls for an extension to Brexit trade talks continue to grow, while Mayor of London, Sadiq Khan, says that leaving the EU without a trade deal would be “reckless.”

Former London Mayoral candidate, Winston Mackenzie gives his take on Boris Johnson selling out the British fishing industry and whether the PM is right to reject calls for an extension to Brexit talks.

Sputnik: There are reports emerging that Boris Johnson may be set to make major concessions in regards to fisheries in an effort to push a deal through. Will the Prime Minister be selling out the fishing industry, if these reports are to be believed?

Winston McKenzie: Well, the Prime Minister is on his way to being a total sell-out. And I only wish Nigel Farage would come back and take this country over. He's the most prominent person who can turn things around for Britain today. I'm not surprised at the Prime Minister's attitude. He's got away with untold lies throughout his time in office and leading up to it.

Sputnik: There are Brexiteers who suggest that Johnson would not be forgiven if he were to agree to a deal that would compromise the British fishing industry. Would you agree with this?

Sputnik: Sadiq Khan is just one of a number of growing voices calling for an extension to Brexit trade talks. Indeed, he claims that the idea of leaving the EU without a trade deal would be reckless. What do you make of these comments?

WM: Sadiq Khan really for me, is a non-entity. He's the worst mayor we've had. This country isn't labelled great for no reason. We are the victors of two world wars. And that's no mean feat. Bigger countries than us have suffered all types of indignity, the great in Great Britain still remains. And this is something unpatriotic. People like Sadiq Khan just do not realise, they do not have this country's interest at heart. We are Great Britain, we will survive. Great Britain and London is the financial epicentre of the world. We can't be broken. it's in our DNA. Success is in our DNA.

Sputnik: Is the Prime Minister right then to reject calls for an extension?