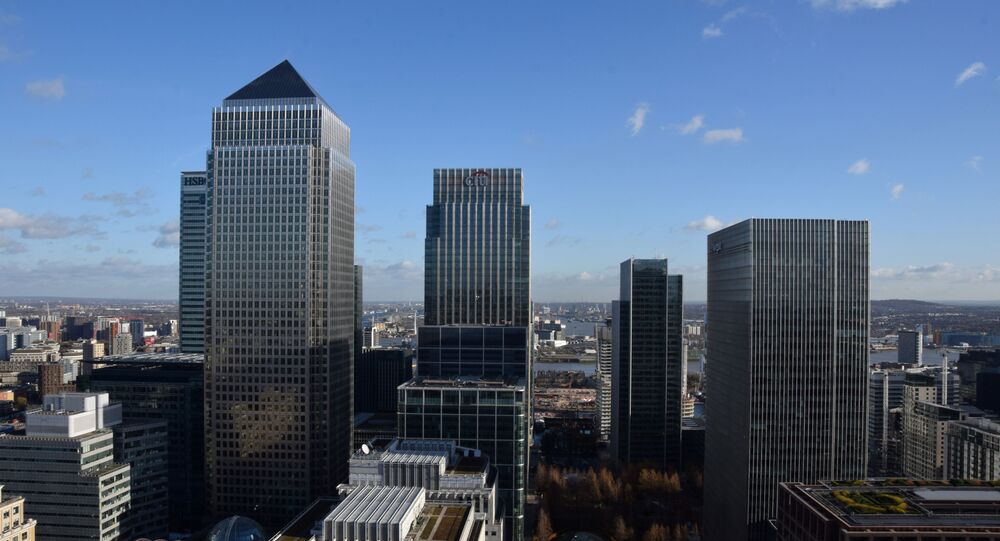 The world cannot wait for a COVID-19 vaccine to be rolled out before an internationally coordinated and sustained action of public and private investment is taken to avoid a future "credit crash", a long-time City of London economist tells Sputnik.

Michael Roberts has worked as an economist with investment research firms in the City of London for over 30 years. Mr Roberts, who authored The Great Recession: Profit cycles, economic crisis, explains that attempts to mitigate against the scarring effects of the COVID-19-related lockdowns and drop in both supply and demand are not sufficient.

Mr Roberts says that a future "credit crunch" can only be avoided by a "substantial and extended fiscal stimulus programme" which "includes new public investment to expand infrastructure, job-creating environmental projects and help town and city centre renovation".

Sputnik: You recently penned an article warning that a future 'credit crash' may be lurking in the near future. Why is this and what would be its causes?

Michael Roberts: Up to now, the pandemic slump has taken the form of a 'supply shock' with businesses, transport and mobility being curtailed by lockdowns and the need for social distancing. And there has also been a 'demand' shock, with spending on leisure, travel and other services ceasing as people (at least in the advanced economies) saving more. But in 2021, there could be a third leg in this pandemic slump, namely a 'financial shock'.

© CC BY-SA 4.0 / QuintusPetillius
10% of UK SMEs Going Bust May Be ‘Just The Start’, Warns City of London Economist
This is because hundreds of thousands of small and medium companies are close to bankruptcy. They have only survived during the lockdowns of 2020 with government credit and fiscal support. But even if that support continues to some extent in 2021, many companies may close up shop permanently.

Corporate debt levels are at record highs globally and according to research, around 15-20 per cent of companies are 'zombies', ie they do not make enough profit to even service their existing debt and so are taking on even more loans. If economies do not recover quickly back to 'normal', banks may be faced with sharp increases in non-performing loans, which governments will have to pick up the bill for.

Only [two days ago, 16 December 2020] the EU commissioner for financial services Mairead McGuinness warned that "We believe there will be an increase in non-performing loans," she said. "People, in good faith, borrowed for businesses that cannot survive because of the pandemic."

The latest figures for the first half of 2020 revealed a sudden halt in a downward trend in non-performing loans. At the end of the second quarter of 2020, the non-performing ratio for all EU banks was 2.8 per cent, up 0.2 percentage points compared with the last quarter of 2019.

Sputnik: Describe the consequences businesses and for every day people, should such a credit crunch occur.

Michael Roberts: It's now over ten months into the pandemic slump and many small companies (and some large) have been in and out of lockdowns to varying degrees. Service sector and small retailers are on the brink of collapse despite government-backed loans and grants. If a significant section of these companies go under, then those on furlough or working at home may have no jobs to go back to in 2021. Unemployment rates are set to rise, while wages will [remain] frozen. High streets will become even emptier than before.

Sputnik: How do we think the current UK and US governments would respond to a further credit crunch?

Michael Roberts: The US Congress is likely to launch a new fiscal support package before Christmas with some paychecks and support for unemployed workers and more loans for companies. But the package is much smaller than the ones launched in 2020 and yet of the 21 million Americans without work during the depth of pandemic last summer, only 11 million have returned (and many of these are in part-time or temporary occupations).

In the UK, the government has extended its furlough packages and may implement more next April. Central banks are providing zero interest loans for companies. But this is more debt on top of existing debt. Unless economies pick up sharply in 2021, many will not survive.

Michael Roberts: As the EU Commissioner put it: "We know that if we leave non-performing loans on banks there will be a credit crunch, and everyone will suffer. There are other implications if we do nothing."

A credit crunch can only be avoided by a substantial and extended fiscal stimulus programme that does not just aim to 'tide things over' and await a return to normality but includes new public investment to expand infrastructure, job-creating environmental projects and help town and city centre renovation.

Sputnik: If it does happen, how can it at least be mitigated against?

Michael Roberts: Mitigation is what has been done up to now. But positive government action is needed in 2021 to revive economies. We cannot wait for the vaccines to roll out. As the UK's ex-PM Gordon Brown said [on 16 December 2020]: "What is missing in the management of the crisis is an internationally co-ordinated plan for growth."