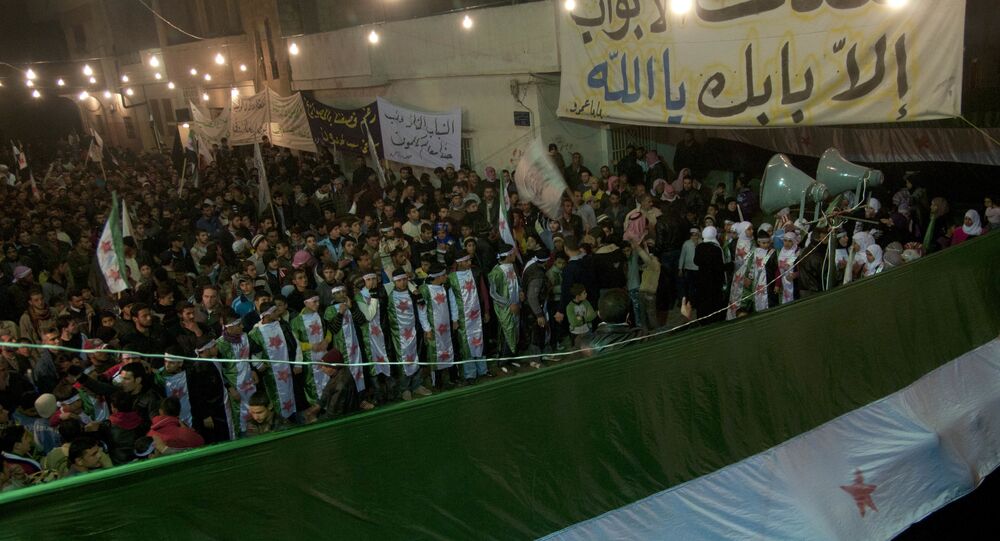 While some states appear to have come out of the Arab Spring unscathed, it's only a matter of time until a new upheaval knocks on the region's doors, thinks an Israeli expert.

It's been ten years since Mohammed Bouazizi set himself alight, triggering mass demonstrations in Tunisia and a number of other Arab states, where the masses vented their anger at the authorities for a lack of political and economic reforms and for a general feeling of injustice and inequality.

What came to be known as the Arab Spring resulted in the toppling of governments in Tunisia, Egypt, Libya, and Yemen. It shook the heads of Morocco, Bahrain, and Jordan and still casts a shadow over the power of President Bashar al-Assad in Syria.

Some countries in the region remained largely unaffected by the upheavals caused by the Arab Spring riots and Dr Mordechai Kedar, one of Israel's leading Middle East experts, says that those who escaped, managed to do so because they were not suffering "from the region's genetic problems".

By "genetic problems" the expert refers to the Sykes-Picot agreement of 1916 that divided the areas of the ailing Ottoman Empire between France, Britain, and to some extent Italy and the Russian Empire.

"Those borders were marked to serve European interests, not those of locals and the result was that those states have become largely illegitimate in the eyes of their peoples".

The "illegitimacy of borders", however, was not their only problem.

© AP Photo / Anonymous
Ten Years On, Journalist Looks Back at 'Stolen' Revolution That Pushed Syria Into Chaos
By drawing maps based on their own preferences, the European powers created a situation where members of the same ethnicity ended up being split between several areas, or where rival groups were doomed to sit down around the same bonfire.

"These societies are heterogenic and once you have a mix of religions and ethnicities [that very often don't see eye to eye with one another], it is not surprising that they keep fighting each other. Although they did manage to create a state, they failed to replace peoples' previous loyalties and this is why they never became nations", argued the expert.

Quite a different scenario played out in the Gulf, where most states remained relatively unhurt by the upheavals of the Arab Spring.

Qatar and the United Arab Emirates managed to weather the storm almost unscathed, whereas Saudi Arabia, initially shaken by mass protests, ended up curbing them, not letting them spiral out of control.

"Qatar is one clan, and so is Dubai that's united behind the family of Al Maktoum or Abu Dhabi that's ruled by the dynasty of Al Nahyan. This is why their rulers are largely supported by the masses".

That support was also partially possible because of the large energy reserves discovered in those states in the 1950s and 1970s and the fact that the leadership in those nations used that cash for the benefit of their peoples.

© AFP 2020 / KHALED DESOUKI
Decade After Arab Spring, Tunisia Still Hopes for Better Future
"Oil doesn't buy happiness. Libya and Iraq have big reserves too but they are failed states. It is all about the legitimacy of the borders and the rulers".

The problem, says the expert, is that many leaders in the Middle East still haven't learned the lessons given to them by the Arab Spring.

While the region did see a number of economic, social, and political reforms, Kedar believes these will not be enough to change the nature of the Middle East.

"Even states that survived the Arab Spring are not immune to upheavals. These will come and go. They won't disappear as long the genetic problems of the Middle East remain unresolved and this means that another wave is just a matter of time".