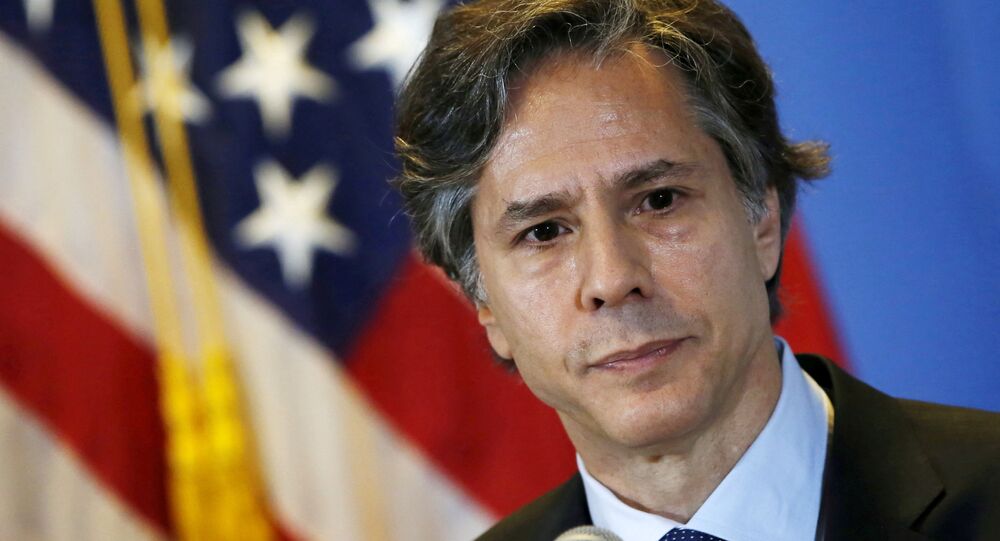 On Tuesday, Biden announced his selection of Blinken as secretary of state and Jake Sullivan as national security adviser, along with other cabinet posts.

The developments come as Russia has expressed concerns over processes unfolding in Syrian territories under US control. On Wednesday, Russian Permanent Representative to the United Nations Vassily Nebenzia said separatist tendencies provoked by the external occupation are blocking attempts to restore Syria's territorial integrity.

"Blinken is on record deeply regretting that [former President Barack] Obama nixed plans for the United States to go wading into the Syrian quagmire even more than it did already, and condemning [President Donald] Trump's worthy but feeble attempts to withdraw US troops from Syria", Ford said. "The scene is set for more counter-productive US belligerence and interference in the Middle East".

Trump came under fire in both parties for trying to swiftly drawdown troops in Syria, although he authorised a few hundred personnel to stay behind to seize the country's oil. Blinken, in addition to backing the arming of extremists in Syria, has also supported the intervention in Libya, the Iraq war, and the Saudi campaign in Yemen.

Ford also said Blinken believes rejoining the Iran nuclear agreement will put the United States in a stronger position to tackle Tehran over its "destabilising behaviour." "If this is the mindset and the objective he brings to the table with Iran, the recalibration of relations with Iran is dead in the water", he predicted.

Contrary to Blinken's assessments, Ford added, Iran had consistently played a constructive role in blocking the expansion of terrorist elements in Syria. Ford said the bigger problem is the US "destabilising" behaviour in the region "involving serial regime change manoeuvres".

Ford is also worried about the policies that Sullivan, a former Hillary Clinton adviser, would join with Blinken in disastrously implementing.

"Neither of these appointments bodes well for peace in the Middle East, or probably anywhere else. Both appointees are classic products of the Washington conveyor belt of true believers in American exceptionalism and 'leadership' (i.e. domination)", he said.

"Neither has ever stood for a policy or a principle that was not fashionable with the Washington establishment at the time", Ford concluded.