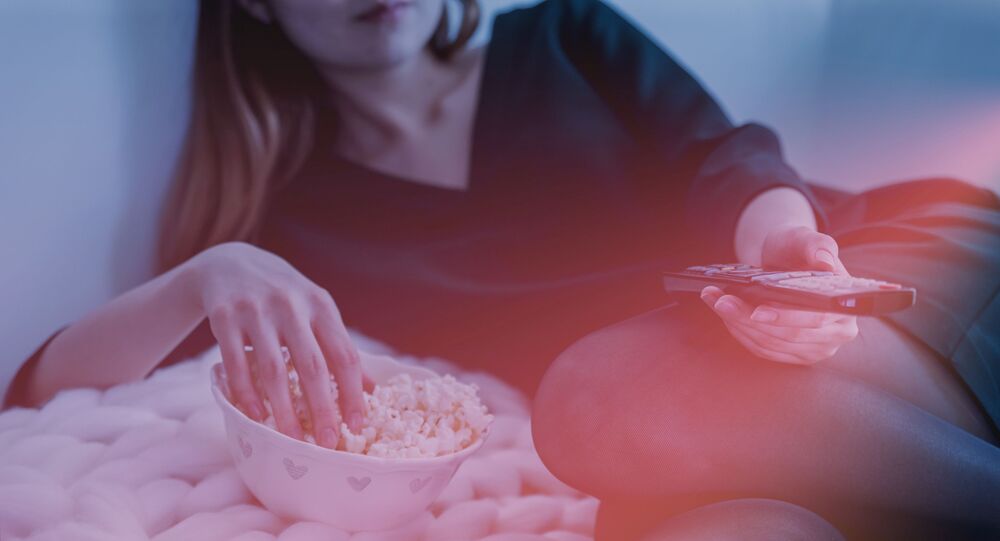 The US mystery-thriller miniseries The Undoing by HBO premiered one month ago, casting such bigshot movie A-listers such as Nicole Kidman and Hugh Grant. But why are silver screen stars suddenly opting for work in TV dramas over film roles?

Harriet Fletcher, PhD Researcher and Associate Lecturer at the Department of English and Creative Writing at Lancaster University, believes that TV has more quickly adapted to the new environment created by the pandemic than movies have. Moreover, TV drama offers more opportunities for actors to show their range and step out of their comfort zones.

Sputnik: 10 years ago it would seem strange to imagine Hugh Grant starring in a TV series and now we see him in the popular series ‘The Undoing’. Why are we seeing such a shift in the acting industry?

Harriet Fletcher: TV has a history of embracing Hollywood stars, particularly when their careers are in decline. Since the 1950s, when television became a popular new medium, older stars who were no longer being cast in major Hollywood films started to find new opportunities on the small screen. For example, Judy Garland hosted her own show in the early 1960s and Elizabeth Taylor starred in several TV dramas in the 1970s and 1980s. What we are seeing in the TV industry now is an extension of this trend.

Mainstream Hollywood film has always struggled to embrace diversity, particularly in terms of casting and genre. TV drama intervenes by offering middle-aged actors more varied roles and opportunities to showcase their range. Before The Undoing, this can be seen in a series like Big Little Lies, which has provided complex and daring roles for its leading actresses including Nicole Kidman, Reese Witherspoon, Laura Dern and Meryl Streep. Hugh Grant is best known for romantic comedies, but The Undoing is a psychological thriller that offers a completely different arena to showcase his talent. In television drama, dark genres like crime, domestic noir and horror seem to dominate. The demands of these genres allow actors to step outside of their comfort zones and show us a different side to them, especially when we associate them with light-hearted romantic comedy. In an era dominated by streaming platforms and long-running big-budget series, a role in TV might even be favoured over a role in film.

Sputnik: TV series used to be considered to be less elite than films, but now we see that this industry is surging. Why is that, in your view?

Harriet Fletcher: Viewing habits have changed a lot in the last couple of decades. Netflix originally started as a video rental service, suggesting a shift in audiences watching films on demand rather than waiting for them to hit cinemas or be aired on TV. Streaming services are the video rental stores of the digital age. With more demand for home content at the click of a button, TV has emulated the experience of watching a Hollywood film. A long-running series like Game of Thrones shows how epic TV production has become, with huge budgets (up to $100 million a season), lavish costumes, international locations and large ensemble casts. In many ways, Game of Thrones was a major turning point in the trend for big-budget, Hollywood-style TV series.

Sputnik: What does this tell us about the current environment film production giants find themselves in? Does this new trend change the traditional film production industry?

Harriet Fletcher: If the television industry is the new film industry, then Hollywood needs to find new ways to keep people returning to cinemas, whether this is capitalising on TV genre trends, changing the way that films are promoted, or responding to the diversity of audiences. I think the last point is particularly important. The lack of diversity in Hollywood is now under the microscope more than ever. The Oscars has repeatedly been criticised for overlooking the contributions of people of colour and regularly snubs women in the Best Director category. For TV producers like Ryan Murphy, however, diversity is at the forefront of casting and storytelling. For example, one of his critically acclaimed shows, Pose, follows the lives of LGBTQ+ people of colour in the New York drag scene. If TV keeps setting the standard by embracing diversity, this might positively influence the kinds of stories that we see in Hollywood films.

Sputnik: The global streaming service Netflix seems to be raising its stakes in competing with traditional film producers. To what extent can such services indeed compete with Hollywood, for example? Or can they work together and if so, how?

Harriet Fletcher: Looking at how streaming platforms have thrived during COVID-19 is a sign that they can indeed compete with Hollywood. The pandemic has exposed how much Hollywood still relies on audiences going to the cinema. Several highly anticipated films that were due to be released this year have been pushed back to 2021, like A24’s The Green Knight. While Christopher Nolan’s film Tenet was released in cinemas, this was a very risky move because there is no guarantee that audiences will feel safe returning to cinemas and how long cinemas will stay open. In comparison, streaming platforms like Netflix, Amazon Prime and Disney+ have continued adding content and kept audiences entertained during a prolonged period of staying at home.

More evidence of Netflix’s ability to compete with Hollywood films on an elite level can be seen in the amount of Netflix originals that have achieved Oscar nominations and wins, including The Irishman, The Two Popes, Roma, Marriage Story and Mudbound.

While streaming continues to be their USP, Netflix and other streaming platforms may well start providing more original films for cinemas ahead of their online releases, particularly if the film has a lot of Oscar buzz. To qualify for the Oscars, films must run for at least seven days in a Los Angeles cinema, and I can see the potential for this to be marketed as an exclusive viewing window to catch a Netflix original on the big screen. This way, Netflix are doing their bit to keep cinemas alive and audiences get the best of both worlds – the excitement of the cinema experience and the knowledge that they can access the film on demand.