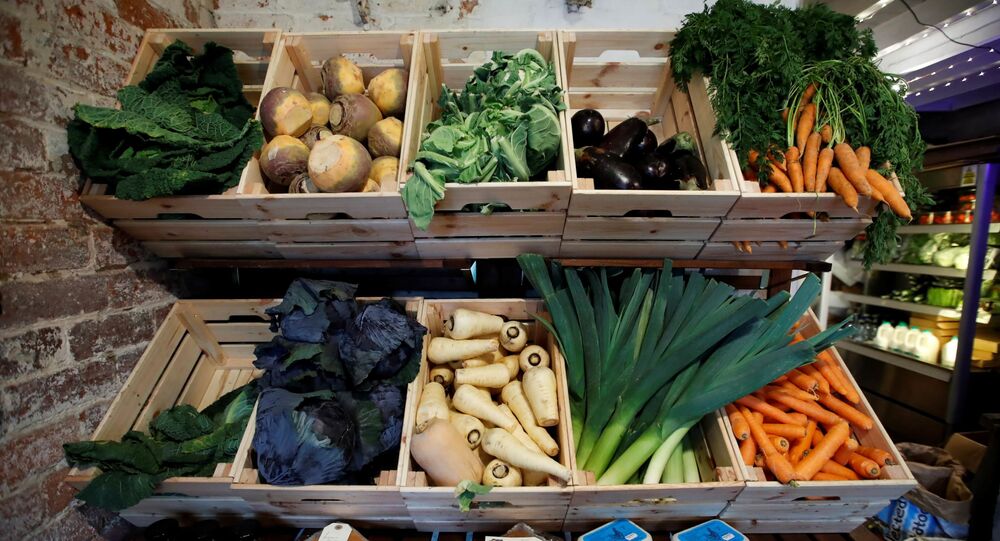 Britain's first new Agriculture law in 70 years gives a greater voice to farmers but doesn't guarantee food safety nor does it ensure that UK produce won't have to compete with foreign imports which aren't part of environmentally friendly supply chains, a farming policy expert tells Sputnik.

The UK's Agriculture Act 2020 became law after receiving Royal Assent on 11 November 2020. Its advocates say that the legislation has introduced a "stronger voice" for farmers as a check against trade deals undermining the quality of foodstuffs and other produce that can be imported into the United Kingdom. However, there are still organisations linked to the farming sector with serious concerns regarding the lack of protection for safety standards and farming methods which may be more cost intensive, in part because they use methods and supply chains which seek to reduce carbon emissions and ensure biodiversity and sustainable farming methods.

Vicki Hird is an award winning author, a Fellow of the Royal Entomological Society, strategist and senior manager who has been working on environment, food and farming issues for 30 years. As Head of sustainable farming at Sustain, an alliance for better food and agriculture policies, Ms Hird manages farm policy and related campaigning with a view to enhance the health and welfare of people and animals and promote equity. Sustain represents around 100 national public interest organisations working at the international, national, regional and local level.

Sputnik: What are the main aspects of the Agriculture Act 2020 worth noting?

Vicki Hird: The Act reforms the way farmers will be supported by the taxpayer as payments will now be based on delivering public good or benefits. This will include outcomes like nature restoration, public access and clean water and sail protection. It sadly does not specifically support new entrants or whole farm systems based on agroecological methods using natural tools.

The Act also contains powers to introduce new statutory codes of conduct for the food supply chain. We know farmers have been abused for years by players beyond the farm gate (this means buyers of produce such as food manufacturers and traders and retailers), so this is a welcome step but it must be implemented and enforced for all farm sectors.

There was a huge public and industry demand for food standards to be legally protected to ensure our higher animal welfare, environmental and food safety rules were not undermined by trade deals. Sadly these were not put in the Act. We got a new scrutiny clause so parliamentarians will have detailed reports on each trade  deal. But it is not enough as we know parliamentarians will not be able to vote on details.

Sputnik: The Act includes provisions to ensure each trade deal must be subject to a report from the Trade and Agriculture Commission. Ostensibly, this gives farmers a "stronger voice" in future UK trade policies. Do you agree with this assessment of the provisions?

Vicki Hird: The announcement also refers only to "animal welfare and agriculture" in terms of the reports it will put to parliament. What about food standards, antibiotics stewardship, food safety and the environment, including climate change and biodiversity?

These changes will allow MPs to have greater scrutiny, have more detail to look at in terms of what's in the deals but it's after the deals have been done, and before they're ratified so it doesn't give them more time or powers, but they'll have more detail.

Vicki Hird: They do not go far enough. The reports will help provide more parliamentary scrutiny and build up understanding of the implications of us doing deals with other countries that may have different and lower standards to us. But as it stands it's a recognition of the issue but only a small step forward.

They don't provide any means of changing the deals before they're signed, having an input into the trade policy, and, most importantly, they don't set those standards on a legal footing, so they're red lines for our negotiators before they go into a negotiation.

Sputnik: The National Farmers Union president called the Act a "landmark moment" because the UK government listened to concerns regarding food production and food security and that the law will ensure that "our farmers are not undercut in future trade deals by food imports that would be illegal to produce here". How do you respond to the words of support for the Agriculture Act 2020 from the NFU president?

Vicki Hird: The Act will not stop, through law, more agri-food imports to lower standards. It may help with parliamentary oversight but does not give deal negotiators red lines on food standards which must not be weakened via trade deals.

Sputnik: What concerns, if any, do you have regarding food safety, quality and sustainability in so far as future trade deals are concerned, be they with the US or any other country?

Vicki Hird: We have many concerns - from lowering food safety such as on baby food contaminants, to curbing greenhouse gas emissions in farming which will be hard to push if farmers have to compete with produce where no efforts have been made to reduce climate emissions or store carbon. Antibiotic abuse in livestock and pesticide damage and residues in food are also of huge concern. Worker wages and treatment should also be addressed - some standards for instance in meat processing in the, US are unacceptable. Its a big area of work which needs expert attention.

Sputnik: Is there more that government can do to ensure that food is of high quality and produced and distributed in a fair and sustainable manner?

Vicki Hird: Ministers have finally got the message that they needed to act on standards in trade deals. The huge public and farmer pressure to protect our environment, animal welfare, food safety and livelihoods has clearly forced this step.

However, any new statutory body needs to have independent members with expertise in these areas. Critically, parliamentarians need to be able to say no to deals if our standards are at risk. Any process of ministerial reporting to Parliament, with no clarity on who will be consulted and how Parliament can act on the report, is far from enough.

The UK government should be driving global food standards up to ensure safety and environmental protection globally. Otherwise trade deals can be a race to the bottom in food production globally that will create further crises for climate, nature and diseases.