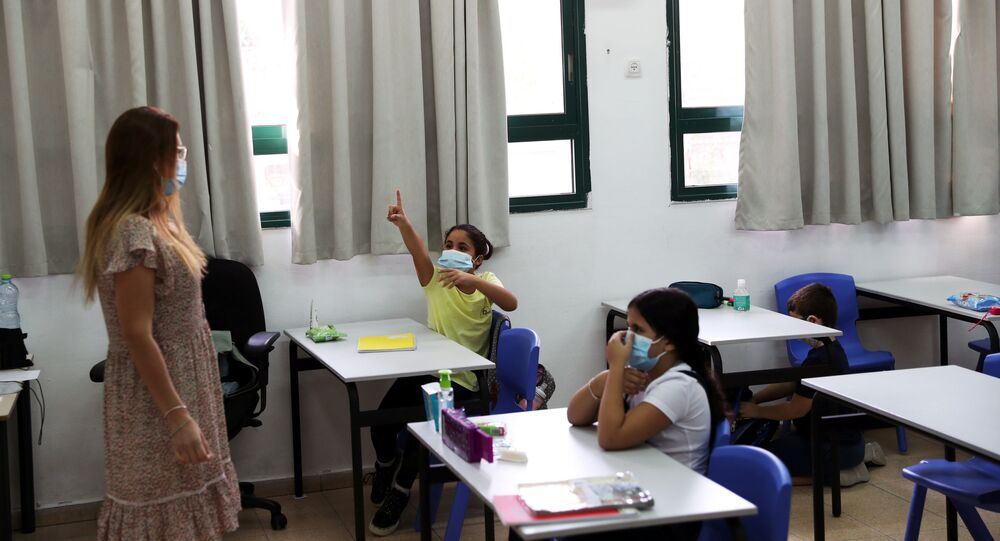 Researcher: Arabic Can Be Bridge Between Jews & Arabs, But Israel Should Rethink Teaching Methods

The Arabic language may hold a special status in Israel, where 20 percent of the population is Arab, but a study has found that only a small percentage of Israeli Jews can express themselves in it. And the reason for this, claims the paper, is the Jewish state's education system, which neglects the importance of the language.

Since the establishment of the Jewish state in 1948, Arabic has been considered a second official language in Israel. For years, all documents and road signs have been written in it (along with Hebrew and English), with all government institutions obliged to provide services in the language.

In a country where some 20 percent of its population is Arab and where many Jews originate from Middle Eastern countries, that approach to keep Arabic as a second official language sat well with Israel's drive to protect its minorities and maintain their rights.

At least that was the case until 2018. Back then Israel passed its controversial Nation-State Law that while ruling "nothing shall affect the status given to the Arabic language", it did downgrade it, turning it from an official language to one with "a special status" - without specifying what that meant.

[Basic law: Israel - the nation-state of the Jewish people]

Roots in the Education System

The problem was that even before this law came into effect, Arabic was not properly taught in schools, and the state preferred to put an emphasis on teaching literary Arabic rather than giving Israeli students the needed tools to converse in the language.

To understand the reason behind the poor numbers, the research institute carried out another study in collaboration with the NGO Abraham Initiatives, and that paper revealed the root of the problem lay in how Arabic, which is a compulsory subject in the 7th to 9th grades, has been taught in schools across Israel.

"Much emphasis has been given to reading and linguistic analysing rather than teaching communication skills", said Gal Kramarski, one of the researchers responsible for attending classes and talking to students about their experiences. "Eventually, Israeli students could potentially be accepted into the IDF's intelligence units but they lacked the skills to order hummus at a restaurant".

It's unclear why Israel has taken such an approach to a language so important in the country and the region. Multiple wars with Arab nations and the fact that Arabic has been associated with enemy states could be one of the reasons playing a role in the way Israel views the language.

But Kramarski says this is unfortunate, especially given that many Israelis have a genuine interest in mastering the language.

"Many Israelis want to study Arabic. We are not talking about [the so-called] leftists. They come from all walks of life and from all spectrums of Israeli society. The truth is that it is a popular language but it is just not taught properly".

There have been attempts to change the situation. Several years ago, Israel launched a pilot programme that introduced conversational Arabic from the 5th grade in 200 schools across the country and although that initiative gained popularity among students, it has not been adopted by the state, which continues to focus on grammar and analysis rather than conversation.

"The state continues to impose a certain form of teaching. They teach it as if it was math, it is technical and detached from reality", explained Kramarski, adding that the research paper she worked on with her colleagues offered a fresh approach to the problem and suggested ways to make the teaching process more efficient.

Education Can Be Fixed

One of the suggestions the researchers made was that Arabic should be included as a compulsory subject starting from the first grade and that emphasis should primarily be given to building a conversation and only later to grammar and rules.

CARLOS BARRIA
Sudan Becomes Fifth Arab State to Agree to Normalise Relations With Israel
Another suggestion was that Israel should engage more native Arabic speakers, alongside Jewish teachers, who are currently teaching the language.

And, most importantly, says Kramarski, the Jewish state should rethink the motives behind teaching Arabic.

"The state presents it as if the knowledge of Arabic is needed primarily for our ability to protect ourselves or [as a tool] that can be used in the army. However, there are other motivations too and these are not addressed properly. Arabic is a gateway into the understanding of Arab culture, it is a means of reconciliation, and a tool that can bridge between Jews and Arabs. Once this approach is implemented it will open up the hearts and minds of many and eventually will lead to positive changes in the region", she concluded.