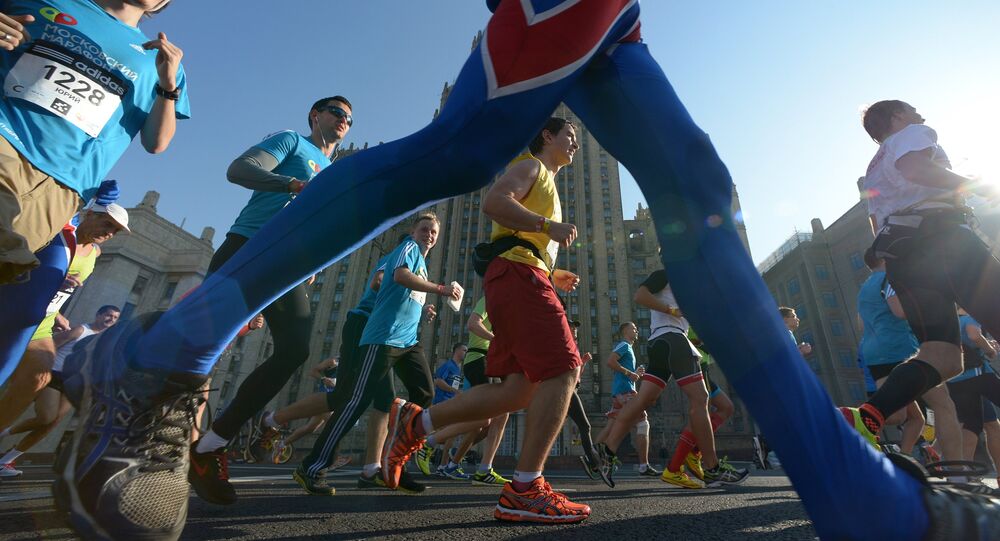 Mental Toughness Does Carry a Large Weight When Running a Marathon, Says Academic

New research suggests that when it comes to running marathons, mind over matter is a real phenomenon, but can only get you so far. Anthony Brace, a psychology academic at the University of Queensland spoke to us about these findings.

Sputnik: How much weight does mental toughness hold when running a marathon?

Sputnik: Compared to other sports is mental toughness needed more in running?

Anthony Brace: I wouldn't say it's needed more, I would just say that it's needed differently. So for example, again, in different sports, mental toughness, may look like in football, for example needing to get past a mistake that you made on the field so that you can continue to play at your best capacity and keep taking risks instead of taking more safe behaviours. When in running, it may be more about your ability to suffer through the pain and continue on and it comes back again to that belief in your ability to actually complete your desired distance.

Sputnik: Do you think mental resilience is genetic or is it something we can cultivate over time?

Anthony Brace: I don't think enough research has been done to confirm if there’s a specific gene that actually correlates with mental toughness. However, if you think back again to the concept of self efficacy, that specific belief in your abilities, that's something that we do know you can actually increase. So if you can increase the components of mental toughness, then it's most likely that you can actually nurture and you can train different psychological aspects of your mind in order to find that greater capacity of mental toughness.

Sputnik: In your research were there any findings that particularly surprised you?