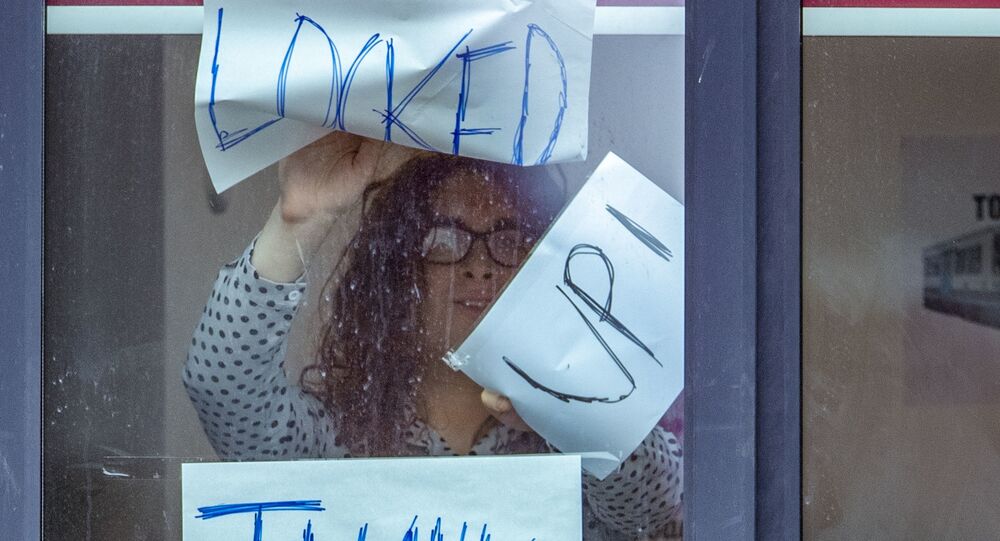 We Need to Provide Appropriate Incentives So People Self Isolate, Says Academic

New data suggests that paying people to self-isolate could save lives as the UK enters its second lockdown. Edward Cartwright, a professor of economics at De Montfort University, spoke to us about the importance of providing financial incentives to enable people to stay at home.

Sputnik: Should the government be providing more financial support to people who need to self-isolate?

Dr Edward Cartwright: I think we now know that the virus can spread by people who are asymptomatic. So in other words, they're not showing any visible signs of the virus at all. And that means we need people to self-isolate, who don't think they've got coronavirus and seem perfectly fit and healthy. And if you're going to tell people who feel perfectly healthy that they have to stay at home and forego income, then that's a very difficult sell to make. I think as the virus goes on, people might be asked to self-isolate more than once, right? And this then really undermines that desire, "why should I stay at home and become poorer just because the contract tracer says that I should self-isolate?" So I think we have to recognise that it's very difficult for people to lose income. So we need to provide appropriate incentives so that they can stay at home and still maintain their income.

Sputnik: What other countries should we be looking to as an example of good practice?

Dr Edward Cartwright: Well, I think to answer that question, one needs to take a step back and look at sickness pay more generally, because obviously, it's not just coronavirus, people have time off work for all kinds of reasons. In Europe, sickness pay is considerably higher than it is in the UK anyway, so in many countries, you would be entitled to 100 percent of your income for a couple of weeks that we're asking for self-isolation. In the UK, the sickness pay rates, on average, are very low. So in other words, if people get ill with anything, they have to forego quite a lot of income. So we then have this problem in the UK that we have very low sickness rates as a rule, and how can we somehow fix that problem in the short term, given the coronavirus pandemic? So I think when we compare ourselves with countries like Germany and France,  we're not necessarily comparing apples and pears, because in these countries, they already had quite good sickness pay and so we need to put in something in the UK in the short term for coronavirus that would kind of replicate things that are just standard in many European countries already.

I think other countries are also grappling slightly more with this issue of compliance; it's not enough to tell people to stay at home for 14 days and expect them to do it, because people are struggling, they've got low incomes. They're not going to do that unless they can do so. And so France and Belgium, for instance, have shortened the self-isolation to seven days. Now, you know, health experts might say, well, seven days is tight in terms of the spread of the virus, but it's better that people would isolate for seven days than that they wouldn't isolate at all. I think Europe is showing some good examples of how we can try to incentivise people to stay at home when they need to.

Sputnik: As cases continue to rise in the UK, do you think the public are less likely to comply as restrictions continue?

Dr Edward Cartwright: I think there's two answers to that question. The one is, they're less likely to comply. We've been tracking compliance since April and compliance has gone down. And I mean, to us the biggest factor that's eroded compliance is a lack of trust in government, a sense that the advice doesn't make sense. And that is the main thing that undermines compliance. So yes, we are seeing compliance go down and I think it's fairly clear that it will continue to go down. I'd say the flip-side to that is that in our data, compliance is still showing up as pretty strong. Still the majority of people are complying with things they're asked to do and so I don't want to also spread this impression that everyone's breaking the rules, because that's at least not what we see in our data. So most people are applying the rules, but yes, that compliance is going down and we know to stop the spread of these viruses, we need high rates of compliance and so it is a concern that the compliance is going down.