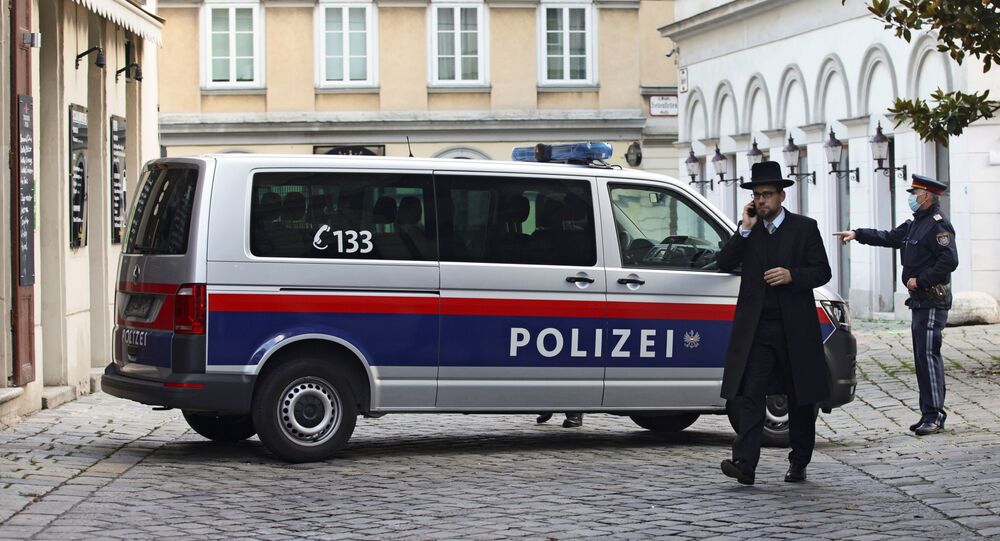 While Austrian police are investigating Monday’s attacks in the nation’s capital, which left three people dead and 15 injured, it remains unclear whether terrorists had targeted particular venues or people.

According to Chief Rabbi of Moscow Pinchas Goldschmidt, who is also the President of the Conference of European Rabbis, thwarting extremism is key in preventing similar assaults in the future.

Sputnik: The attacks in Vienna began in a small side-street not far from the Stadttempel synagogue. Has anyone from the Jewish community been affected? Is everyone safe now? Was it likely that the synagogue was the target for the terrorists?

Sputnik: As the president of the Conference of European Rabbis you chaired a high-level panel discussion on the sidelines of the Munich Security Conference this year, dedicated to combating hate crime. It’s an event which is being held annually; what has to be done to prevent such attacks on synagogues and Jewish cultural centres in the future?

Pinchas Goldschmidt: It's not only attacks on synagogues and Jewish community centres; as we have seen in Nice and Lyon and other places – everyone is a target, whether you’re Christian or Jewish, or an atheist. And today, unfortunately, extremism is attacking anyone.  Muslims are being attacked as well as others. So, the problem today is extremism – both on the right, and on the religious level, which means on the Islamic extreme. And both parts of this extremism are extremely dangerous to Europe today, which is like a powder keg, waiting to be lit by the person who wants to create mayhem in Europe. So, we have to have ways to monitor and to stop those who incite extremism. Whether it’s in houses of worship, or on the internet – those people have to be stopped in every way.

Sputnik: You mentioned extremism on the Internet: working with social media companies on combating hate speech, was also on the agenda of your panel discussion in Munich in February. Has anything changed since then in the way Facebook and Twitter approach hate speech?

Pinchas Goldschmidt: The social media is responsible for radicalisation of many of the people who otherwise wouldn’t have been radicalised, have taken guns and pistols and killed other people. You can see this in the attack over a year ago against the synagogue in Pittsburgh and against the mosque in New Zealand, which was reported live in real time on social media. So, yes, we believe that this is a great problem that the social media gives platforms to these extreme voices, magnifies them and optimises them. We have started a campaign also with those social media companies, especially Facebook, regarding Holocaust denial, which was allowed on these platforms, and we are happy to see that Facebook decided to change its policy. But what they have done is not enough. Much more has to be done.