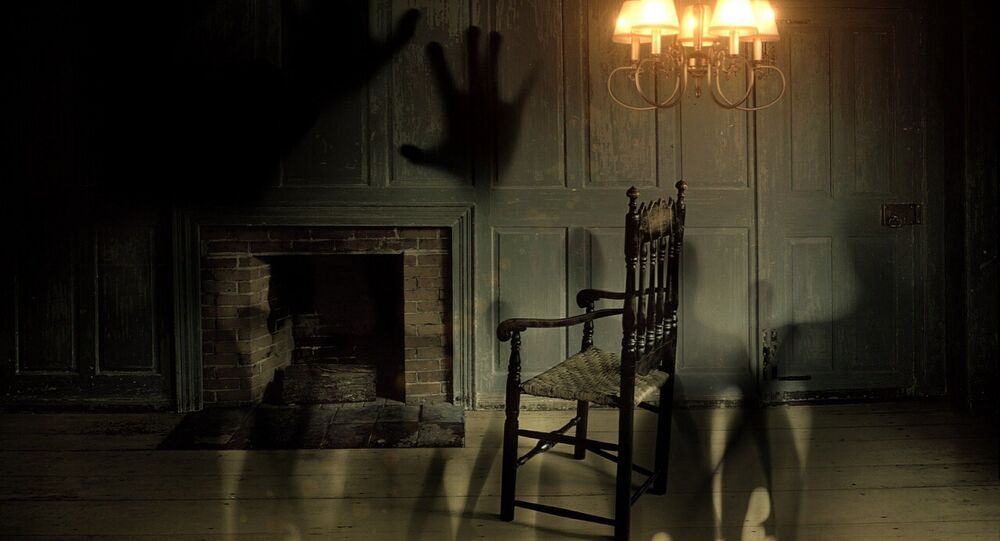 Researcher Believes There Is Evidence of Poltergeists

Halloween is the time of year when interest in the paranormal peaks and people celebrate all things supernatural. Dr Ken Drinkwater, a researcher in Parapsychology from Manchester Metropolitan University, shared with us some interesting facts about poltergeists and other supernatural phenomena.

Sputnik: Is there any evidence that poltergeists are real?

Dr. Ken Drinkwater: I think there is evidence, and there have been lots of studies that have been conducted over the years from the start of the 1970s, infamous cases, you know, like the Sauchie Poltergeist, and there are things where they're trying to explain why people are perceiving the things that they do. So things moving, objects moving, things being thrown, all sorts of things, and I think that goes right through the 70s, and 80s, which was quite a prolific time for studies and research. And again, one of the famous ones is the Enfield Poltergeist, which is something that really set the imagination going, what researchers in the past have looked at is where there are various things that have been reported as say, flying, objects flying, floating, jerky movements, a whole range of things.

Sputnik: Could you tell me a bit more about spontaneous recurring psychokinesis?

Dr. Ken Drinkwater: Yeah, I mean, the name I mean, recurring means that it's, it's happening more than once in perhaps the same location, but spontaneously, the kind of spontaneous cases or manifestations of PK is about things that might be like levitation, or spirit wrapping, materialisation, and what we might think of as paranormal movement of objects. And it can also include other things, like people like Uri Geller, a famous psychic, with spoon bending, distortions of cutlery and keys, and so on. And also psychic healing. But a lot of this is about, there's anecdotal evidence when you consider these cases. And there's a lot of types of things. So for example, in psychokinetic, psychokinesis, types, you'd have macro and micro and macro PK is large scale effects. So it's observable by the naked eye. So something might fly off the shelf, something might just drop off a bar, where there are some glasses, that could be an example of macro, where micro is like looking at small scale effects observable by statistical analysis. So, you know, trying to affect, say, a counter, or look at the number of random numbers generated and things like that.

© Photo : YouTube/Sputnik
Locked Up With Ghosts: People in Quarantine Share Experience of Living in Haunted Houses

Sputnik: Why do you think people are so fascinated by supernatural forces?

Dr. Ken Drinkwater: Oh, that's a good question. I mean, I think my own personal view is that people are looking for some sort of explanation, or they've had an experience that they think is supernatural, or they think it's paranormal. I am a compassionate sceptic so I'm compassionate for all those people that have had some form of a parapsychological experience or paranormal event. And most people who've had something like that, they'll find it, you know, association. And I think it's then it's giving meaning to what, perhaps, we're looking for, and there are lots of different reasons why people do that, though.

Halloween is Near: Skeletons and Ghosts in New York City