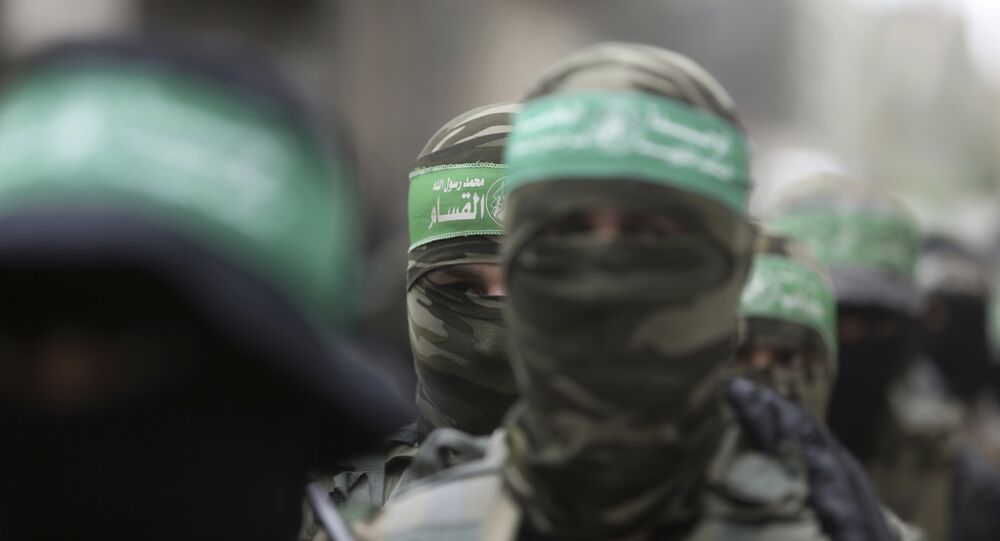 The Palestinian Islamic Jihad might occasionally rock the boat in the Gaza Strip, creating "unnecessary provocations," thinks a local expert. But their military capabilities and the alleged backing of Iran cannot stand in the way of Hamas, which maintains a tight grip over the enclave.

Although there's conflicting data on the exact date of the establishment of the Palestinian Islamic Jihad (PIJ), a group predominantly active in the Gaza Strip that is deemed a terrorist organisation by Israel, in October its militants marked the 33rd anniversary since the group’s founding in Gaza.

In the past several months, the group has been largely quiet, but in recent weeks it stepped up its verbal attacks on Israel, warning the Jewish state of dire repercussions if the condition of their operative, Maher Al Akhras, currently on hunger strike in protest of his detention by Israel, deteriorates or if he dies because of complications.

Nobody really knows how capable the PIJ is and whether it can inflict serious damage on Israel.

Mkhaimer Abu Seada, a Gaza-based political analyst, says this is largely due to the "clandestine nature" of the organisation that operates "underground" in the coastal enclave.

But Israel does remember a few instances when the rage of the PIJ triggered serious escalations with the Jewish state that resulted in a number of sleepless nights for the Israeli communities close to the Gaza border.

Such was the case in November 2019, when Israel assassinated one of the PIJ's top commanders Baha Abu Al Ata, a move that sparked an exchange of fire which lasted several days.

And such was the case in February, when the IDF used a bulldozer to collect the body of a slain PIJ operative, who was killed while attempting to plant an explosive on the fence separating Israel from the Gaza Strip, a decision that contributed to the escalation of tensions between the two sides.

"What we do know about them is that the PIJ has medium-range missiles and that they have enough of them to be able to keep firing rockets for 48 consecutive hours," explains Abu Seada.

Throughout the years, Israel that has been monitoring the situation in the Strip closely, and has collected many details on the group's military capabilities.

© AP Photo / Ariel Schalit
Israel 'Prepping for Escalation' With Gaza as Hamas and Netanyahu Busy Handling COVID-19
Even though most of these details are still kept as a secret, Israeli media reports suggest that the PIJ boasts up to 15,000 fighters allegedly trained and equipped by Iran. This is in addition to generous cash injections that reportedly stand at $30 million per year, allegations that Tehran neither confirms nor denies.

That sum might be lower than what Hamas is reportedly getting, but Abu Seada suggests it is big enough to turn the group dependent on the donations ostensibly provided by the Islamic Republic.

"It is not only about money. Iran backs the PIJ politically and militarily. They provide them with weapons and every time the Rafah crossing is open, they let their fighters train on the Iranian soil," Abu Seada alleges.

That Iranian link has always been a concern for Israel that keeps claiming the Islamic Republic surrounds it with its proxies that will be ready to attack the Jewish state when Tehran feels fit.

But Israel is not the only one to worry. PIJ's military capabilities coupled with its alleged Iranian backing and its radical ideology that strives to liberate all Palestinian lands have been a headache for Hamas, the current ruler of the Gaza Strip, too.

In the past, reports even suggested that the group could challenge Hamas, leading to their potential ouster.

"Occasionally, the PIJ fighters rock the boat, creating unnecessary provocations with Israel, Hamas and even the public," says Abu Seada, referring to last week's incident when Islamic Jihad fighters stormed a mosque in the south of the Gaza Strip, kidnapping two people. "But this is exactly why their support within the enclave is not that strong."

Often perceived as reckless and undisciplined, PIJ's popularity is relatively low compared to other factions that dominate the Palestinian territories.

In 2019, for example, their popularity stood at 3.9 and 5 percent in the Gaza Strip and the West Bank respectively, compared to Hamas, that enjoyed between a 17.2 percent and 33.4 percent in the same areas.

The low support is also attributed to the speculation that PIJ has been too close to Iran and Abu Seada says that connection has deterred many Palestinians from giving their backing to the Islamic group.

"In the past, there were rumours that some of the PIJ fighters have converted to Shia Islam. For the Gaza Strip, dominated by Sunnis, it is simply unacceptable," Abu Seada says.

However, even if that trend changes and the PIJ manages to boost its popularity, the pundit still believes it has zero chances to stand against the military might of Hamas with its more than 20,000 fighters and an impressive range of missiles.

"PIJ might provoke Hamas or challenge it internally but it will never reach a point of confrontation. The Islamic group is not strong enough to take over Gaza, just as Hamas did in 2007. And knowing this, they choose to cooperate with them, rather than work against. There is a lot of cooperation and understanding between the two and it won't change at the foreseeable future."