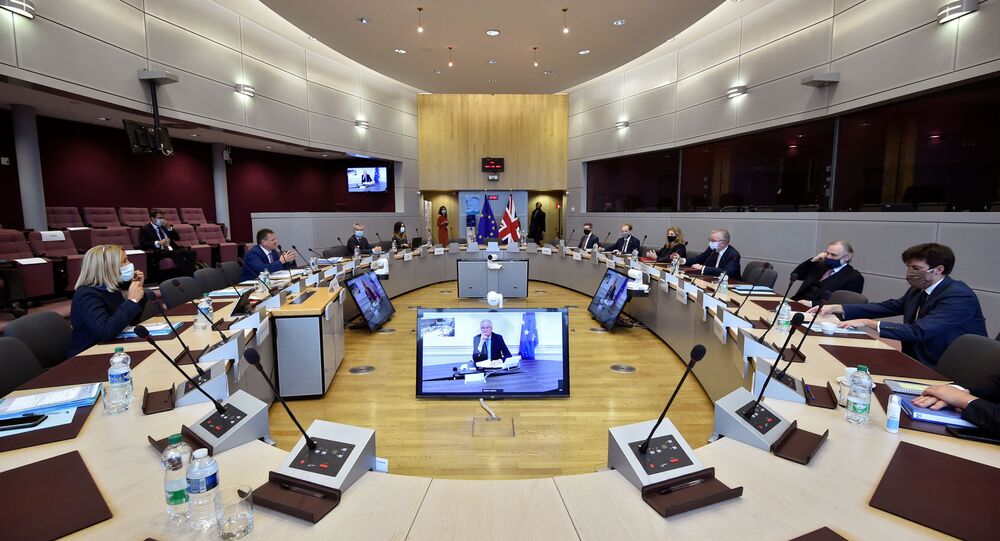 A handful of Conservative MPs have called for the House of Lords to be abolished, if peers in Britain’s upper chamber try to restrict the Prime Minister’s internal market Bill and side with politicians from the European Union.

The comments originally made by the MP Daniel Kawczynski in an interview with the Daily Express Newspaper, follows the resumption of Brexit negotiations between Brussels and London, with only 10 weeks left on the clock before Britain formally leaves the bloc. With more on this story, Sputnik spoke to the councillor and former mayor of Crewe and Nantwich in the county of Cheshire, Brian Silvester, in this interview.

Sputnik: Do you expect the House of Lords to sabotage the Government's Internal Market Bill and vote alongside the EU’s Brexit position?

Brian Silvester: Well I agree that the House of Lords should be abolished - that they certainly should be - but putting that to one side, I really do get very frustrated with these Tory MPs who go around saying that they want this and that done on the withdrawal agreement that Boris agreed to. What's happening now is that they're trying to change just one small part of it, which relates to Northern Ireland, now that's as good as far as it goes. But if we're truly going to deliver the Brexit that the 17.4 million voted for, we need to ditch entirely the withdrawal treaty, which Boris signed up to in January. Now these Tory MPs know that, they're fully aware of that, so they're all playing games; it's all theatre, they're all playing to the gallery. Unless the withdrawal treaty is ditched totally, then come next year, we'll still be under the control of the EU and that will persist forever unless we change it, and we've got to change that.

Sputnik: If the Lords were abolished, what would you replace Britain’s upper chamber with?

Sputnik: With businesses being told to prepare for no-deal but Brexit negotiations still ongoing, are you worried about Britain perhaps conceding to EU demands before the 31st December?

Brian Silvester: The only way we're going to get a No Deal - and that's what we should be getting, a No Deal - the only way to do that is to ditch entirely the withdrawal treaty. That's what we've got to do. The EU have all the cards in their hands. Why? Because Boris signed up to a god-awful deal last October. He then went to the general election in December last year; he told a pack of lies saying that he was going to get Brexit done, when we knew then that his agreement was not getting Brexit done, it was leaving in name only and that's what we're doing now. We're leaving in name only and that means we will remain a colony of the EU forevermore. This is very serious stuff and the MPs had better wise up to this and what they need to do if they're serious about taking us out of the EU; they've got ditch that withdrawal treaty because if they don't, then the EU will have all the cards and if there's any dispute at the end of the day, it will be decided by the European Court of Justice. We need to build up a big campaign nationwide, throughout the UK, to emphasise to these MPs that they've got to get rid of this withdrawal treaty if they're serious about delivering the Brexit which the 17.4 million voted for.