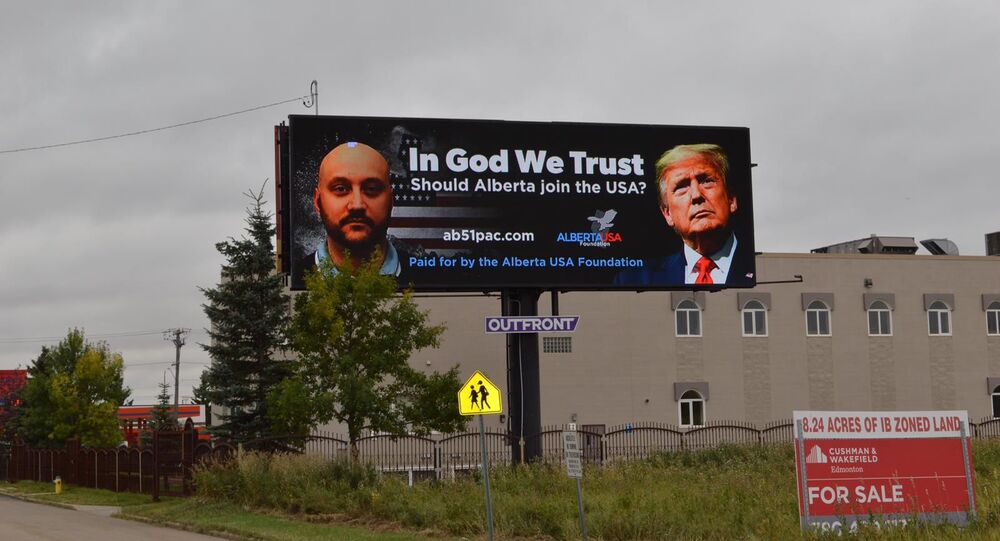 While Canada’s minority Liberal government is going through turmoil at the federal level, facing tough opposition from conservative opponents, regional political rivals may present even more trouble for Justin Trudeau.

Separatist movements, which have been around in Canada’s western provinces British Columbia, Manitoba, Saskatchewan, and Alberta for decades, have started gaining momentum since the 2019 Federal Election. Their platforms are often based on criticism of the Liberal climate, tax, energy and "open borders" policies.

According to one critic, Peter Downing, who is the CEO of the Alberta USA foundation and the co-founder of the separatist Wexit movement, it's time to bring the idea of Alberta's secession into Canada's mainstream politics.

Sputnik: You’re known for your role in establishing the Wexit movement in Canada’s western provinces. Recently you launched the Alberta-First Party and the Alberta USA Foundation. What are the differences between the old project and the new ones?

Peter Downing: I co-founded Wexit in 2019. When Justin Trudeau got re-elected, the movement took off, in October of 2019. We’ve been very successful at making the establishment Conservatives in this country concerned. We had to do something more to be able to make the establishment Liberal party concerned. So, we launched the Alberta USA foundation in August of 2020 with public billboards in Edmonton, the capital of Alberta, and in Ottawa, the capital of Canada, asking “Should Alberta join the USA?” with Donald Trump (on them). Now, Donald Trump is very unpopular in the rest of Canada, but in Alberta, he’s very popular.

It’s completely concentrated in Alberta. Alberta is the tip of the spear when it comes to the separatist movement and now we are popularising the notion, we’re bringing the idea that Alberta could simply join the USA, and now we’re bringing that into the mainstream of Canadian politics.

Sputnik: You said that Alberta-First billboards featured a photo of Donald Trump. The US media often publishes polls which show Biden leading in the race for president. If these predictions turn out to be correct, and Biden eventually wins, do you think he will back your ideas of Alberta joining the US, or are you only counting on Trump’s support?

Peter Downing: Well, there are a couple of things to it, and it will depend on whether Biden is elected. The moderates within the Democratic Party, like the moderates within the Republican Party – they are all pro-growth. So, Joe Biden’s presidency doesn’t necessarily stop this. However, certainly, he’s in opposition to the Keystone XL pipeline, which is a big thing for Alberta.

© AP Photo / Matt Rourke
Twitter Flags Trump's Claims of Discrepancies in Mail-in Ballots
Obviously, Mr Trump is in favour of it, he re-opened it after his predecessor Barack Obama cancelled the approval for the Keystone XL pipeline from Alberta to the United States. And, obviously, we’ve seen that Mr Trump has approved the permits for an Alaska-to-Alberta railway, which will help both countries, and people who live in both areas, economically.

So, a Biden presidency definitely poses some problems. It doesn’t mean that they are insurmountable, but it will pose some issues. With all that, it seems that there may be the same situation as in 2016, and maybe the polls aren’t reflecting those who may say through the polls that they support Mr.Biden,  but when it comes to voting then they actually support Mr Trump.