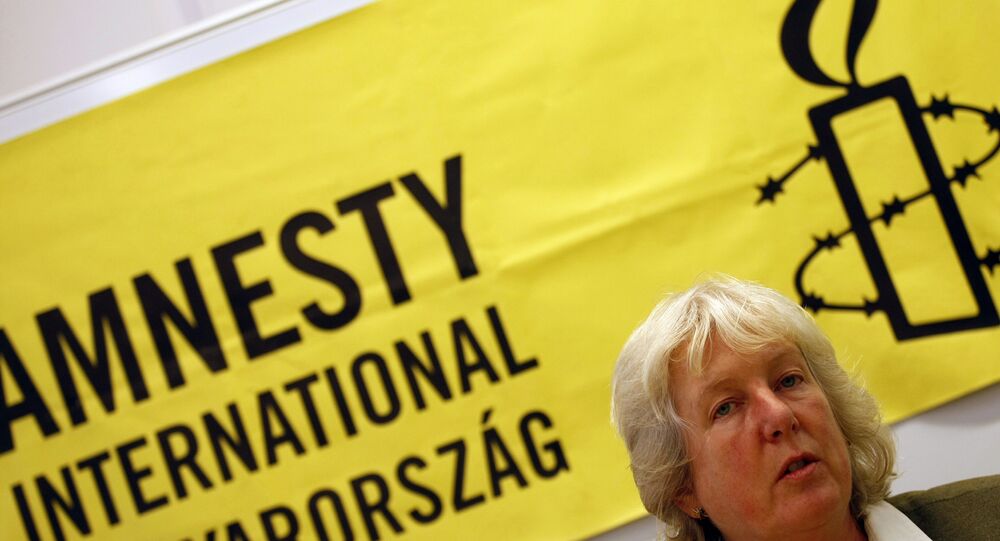 The US continues to ignore international law, Kim Iversen, independent journalist and host of the Kim Iversen Show on YouTube, and Nicolas Davies, peace activist and author, told Political Misfits Thursday, citing a new story alleging that the US administration plans to declare several prominent nongovernmental organizations (NGOs) as anti-Semitic.

Such a declaration would highlight the Trump administration’s aversion to criticizing Israel in any way, Iversen and Davies, author of "Blood on Our Hands: The American Invasion and Destruction of Iraq," told Radio Sputnik.

“It all seems to boil down to not criticizing or putting any pressure on Israel to change its behavior, to instead allow other people to look the other way and let them do what they are going to do,” Iversen told hosts Michelle Witte and Bob Schlehuber.

“Essentially, the US has completely ignored the laws of armed conflict going back decades. But since the neocons took over and the US invaded Afghanistan and Iraq, essentially the UN Charter might as well not have been written, as far as the US is concerned,” Davies explained.

“Under the Trump administration, there has been this sort of diplomatic offensive against the International Criminal Court, and now, as you say, against groups like Amnesty International … or anybody anywhere who actually tries to uphold and stand up for and hold anybody accountable under international law.”

Although Amnesty International, Human Rights Watch and Oxfam do not all officially support the Boycott, Divestment and Sanctions (BDS) movement, they have been critical of Israel’s treatment of Palestinians and its settlement policies. The BDS movement calls on Israel to end its occupation of Palestine and urges organizations and countries to place nonviolent pressure on Israel to comply with international law and end its military occupation of Israel. The BDS movement promotes boycotts, divestments and sanctions against Israel to pressure Israel to end its colonization.

“AIUSA is deeply committed to fighting anti-Semitism and all forms of hate worldwide, and will continue to protect people wherever justice, freedom, truth, and dignity are denied. We vigorously contest any allegation of anti-Semitism, and look forward to addressing the State Department’s attacks in full,” he told Politico.

“Oxfam does not support BDS or call for the boycott of Israel or any other country,” Gottschalk said.

“We fight discrimination in all forms, including anti-Semitism. Criticizing government policy is not the same as attacking a specific group of people. For example, our critiques of US government policy do not make us anti-American,” Goldstein said in a statement to Politico.