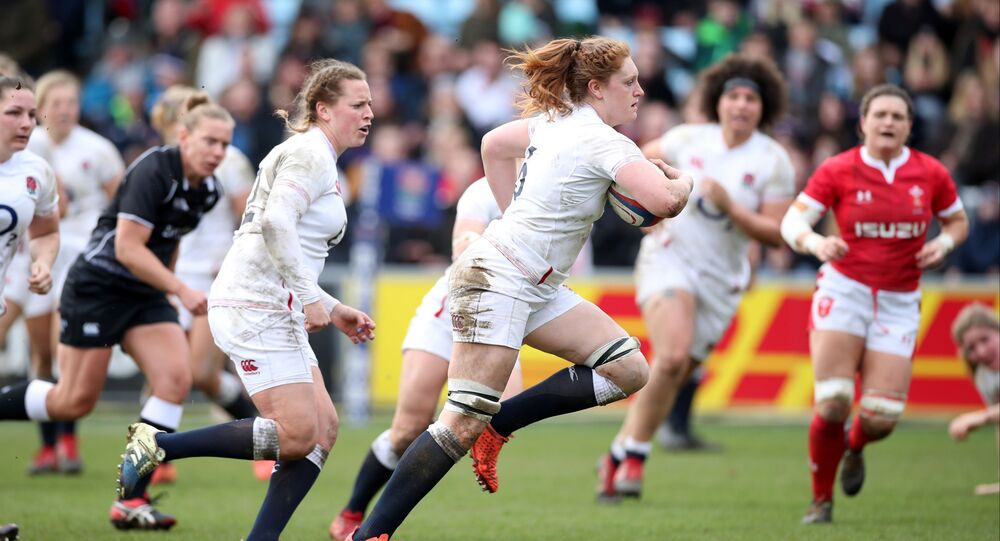 New research has shown that during the break in sports competition caused by COVID-19, sportswomen felt they earned less and had worse access to equipment than their male counterparts, which impacted their ability to train effectively.

Sputnik:  How has the pandemic widened the gap between elite sportsmen and women?

Dr Ali Bowes: So there is a strong narrative during lockdown that women's sport would suffer. We saw that in terms of media coverage, it was featured in kind of national newspapers, like real concerns about the future of women's sport. And I think that sentiment was really felt by the sportswomen as well. And they were conscious that their sports and their events and leagues didn't have the financial backing that men's leagues and men's sports did. So all the return to play discussions were not about them. And then the knock on effects of that are going to be, you know, women were not getting paid to play. They weren't going to be covered in the media or on TV, because their events weren't being shown or weren't sort of, restarted compared to, to men's leagues.

So I think it's difficult to say explicitly, that the gap is widened. But definitely during that lockdown period, there was real what I would say gendered inequalities between the experiences of men and women at that point, especially in sort of elite sports settings.

Dr Ali Bowes: So during the lockdown, this was one of the questions we asked our participants during the survey. So one of the first things was potentially quite surprising was that when we think of elite sportswomen, not all elite sportswomen get paid. So we surveyed, women competing in kind of national-level leagues, and lots of our participants, international athletes who aren't receiving any sort of reimbursement for playing their sport at that level.

So those women that were then getting paid to take part in sport, about two-thirds of them received some form of financial impact, whether that was athletes who were on full-time permanent contracts who were furloughed, and that was quite common in women's sport.

© AFP 2020 / BEN STANSALL
German Tennis Official: Wimbledon Will Be Canceled Amid Coronavirus Pandemic
Lots of our participants are on kind of match fee deals, and they get paid either for matches or attending training camps. So no matches mean no match fee income or no training camp income. And whilst that, obviously, feels quite obvious, in the sort of first and foremost, many of these women work, kind of second jobs, to fit around their training commitments. So perhaps they're only working part-time jobs or flexible hour jobs. So when you then take away a chunk of their income, through not taking part in sports that they presume at the start of the season, they're gonna get that can have quite a detrimental impact on their ability to sort of exist financially, I guess.

And so that was sort of two of the main issues we found in terms of financial impacts during the lockdown period. Cancelled competitions impacted women in terms very similar to issues of prize money, perhaps that's one of their main sources of income. And we also had a couple of our participants note that sponsorship deals were either paused or potential sponsorship, sponsorship deals were pooled, as companies kind of reacted to the uncertainty around the pandemic.

Sputnik: How can the sports industry support women moving forward?

Dr Ali Bowes: That's a very good question. I would say, sort of as we're coming out of, or definitely as we came out of the lockdown period, and we started to see elite sport restart, there were big statements made by some sports around protecting funding for women's sport or protecting what women already had in sport where perhaps they couldn't make those same promises for men's sport.

© AP Photo / Christophe Ena
Rugby Salary Cap Decision Shows ‘an Absolute Disregard’ for Players, RPA Chief Says
So a good example would be the Rugby Football Union who we saw pay decreases for men in terms of their match fee and deals that they operate on. Whereas women's spending hadn't been affected. We saw similar things in terms of cricket, with they actually offered some additional contracts to players, that was reported. So there's been some positive steps. And I think lots of those have come off the back of that real concern especially during the lockdown period, but during kind of March to the summer months of what will happen to the future women's sport, it was really on. It's been well reported that women's sport, elite sport especially was on an upward trajectory in terms of professional opportunities, media coverage and kind of the buzz around women's sport and I think organisations are very attuned to the fact that we can't see that dip. So there's been positive steps in terms of sports organisations.