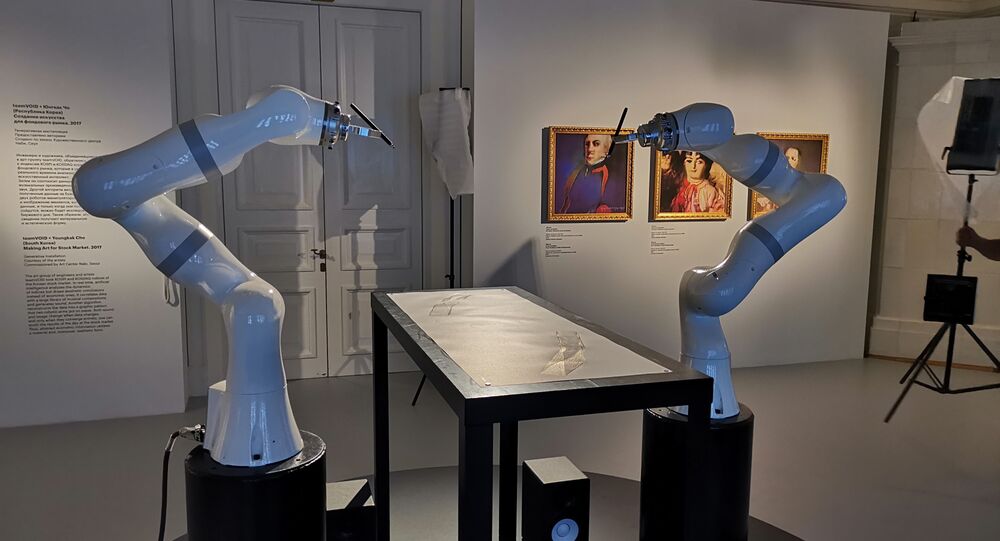 'Important to Know Who is Using Artificial Intelligence and for What Purpose', Says Academic

Sputnik: How much influence do social media algorithms and artificial intelligence have on our choices?

© AFP 2020 / JUSTIN TALLIS
Which Case Scenario? Firms Struggle With 'Digital Maturity' In Race To Embrace AI Bleeding Edge Tech
TaeWoo Kim: I think I need to clarify first that my research is not specific or limited to social media. It's about general artificial intelligence and algorithms that are used in various venues. It could be social media, like Facebook, or it could be some sales websites like Amazon. But generally, I found that they have growing influence on our decisions in many different domains.

So for example, recommendations, they influence us, they affect what choices we make. Even in social media if I can extend the findings in my research, from my colleagues and I, I could predict how they influence people's behaviour and social media. It's everywhere and it's increasing its effect on our decisions.

Sputnik: Do you think artificial intelligence has free will?

So for example, let's say Google's AlphaGo won the world’s national champion of board games called “go game”. And people will not think that such an accomplishment is done by artificial intelligence’s free will, it's more of an algorithm that's just pre-programmed to play the game.  So that's one reason why I and other people believe that artificial intelligence does not have free will. And indeed, if you go deeper into philosophical routes, free will is tightly connected with moral responsibility.

© CC BY-SA 4.0 / Swadim / BAE Systems Tempest on DSEI -2019, ExCel , London
UK 6th Gen Warplane's 'Virtual Assistant' to Take Over if Pilot 'Stressed or Overloaded', Media Says
But it's hard to imagine in my mind that someone will punish AI for its wrongdoing,  let's say an autonomous vehicle swerved to the left or right and then by accident, killed someone who was passing by, say a pedestrian. Even if in such a fatal case, we cannot punish AI because we know it's programmed by humans. So it's really hard to link up AI with free will.

Sputnik: How can we regulate artificial intelligence?

TaeWoo Kim: It is important for us to understand how AI influences our psychology and decision making. So, I am an AI researcher based in psychological research and theories. So what I can say based on my research findings is that AI influences human decision in a very different way compared to how humans influence human decision.

I think that's an important starting point to distinguish AI from humans and also that should be reflected in the regulations of AI. And also, it is important to know which entity AI is being used for because different entities and institutions could have malicious intentions. So from a regulations perspective, it is important to understand who is using AI and for what purpose.