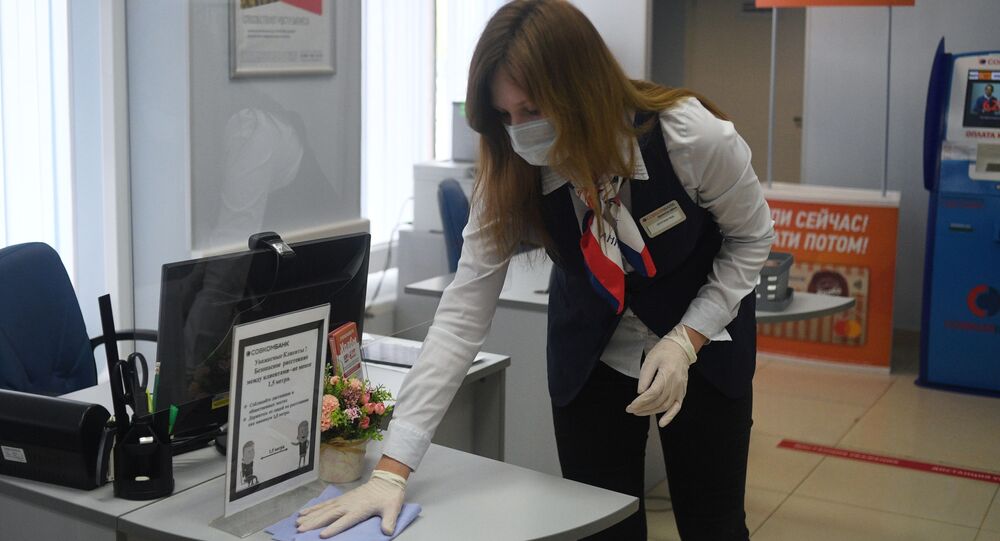 'Lookism is Likely to be Magnified, Exacerbated by Whole Covid Pandemic', Academic Says

A recent UK survey has revealed that during lockdown employers were asking female employees to dress “sexier” and wear make-up during video meetings. Dennis Nickson, Professor of Work, Employment and Organisation at the University of Strathclyde spoke to us about the issue of “lookism” in the workplace.

Sputnik: Why do you think “lookism” is still an issue in the 21st century workplace?

Dennis Nickson: Well, I think it's really just something that's never gone away. One of the things we do in the book is we actually talk about the history of the importance of appearance in the workplace. And actually we came across some stuff as far back as the Jesuits in the 16th century in the need to have, what was called, a “pleasing appearance”. So I think it's been something that's been there for a long, long time.

But I think it's been accelerated, actually, if anything in recent years. And, of course, a lot of that has gone hand in hand with the increasing importance of things like the beauty industry and I think just the greater awareness at a societal level, the perception that you need to look good. So in that sense, I think a lot of these things that are happening in society more generally are then playing out in the workplace. So although we might like to think as we suggest, in the article for the Conversation, that actually looks shouldn't necessarily be a deciding or defining factor in whether we get a job, for example, or whether we get promoted.

In reality, the research that we've done over many years tells us that that's still very much the case. And whilst I would like to think that actually we've maybe reached a high watermark in the sense of looks being important in the workplace, I think in reality is something that isn't going to go away anytime soon. So even though it does seem a little bit anachronistic, a little bit strange to still have this, perhaps obsession with the idea of appearance, unfortunately, I'm not sure that we're going to be changing anytime soon.

Sputnik: Are there certain industries where this issue is more prevalent?

Dennis Nickson: So we did a lot of our research when we initially started looking at this whole idea in the retail and hospitality industry. So for example, our interest in the whole phenomenon was first garnered from an advert that we came across in an evening paper in the north of England when we were both working at the university down in Preston. And that advert simply asked for attractive stuff and we just thought, well, that's really interesting because normally, if we think of a job, we think of skills, qualifications and experience and it just simply said we need attractive staff. And we just thought, 'Oh, that's quite interesting' and then when we started to look at it in a bit more detail, what we found in retail and hospitality jobs.

© CC0
Prevalence Of All-Male Panels Perpetuates Sexism, Says Academic
So in areas like for example, fashion retail, or in nice, stylish bars or boutique hotels that employers quite often weren't necessarily that interested in experience, what they're interested in is your attitude and your appearance. And so what we found was that quite often there'd be quite stringent demands, in terms of initially getting a job. And then once you get into an organisation, such as a retailer or hospitality outlet, then organisations then also have things like dress codes, for example, and appearance standards.

So it's not just simply at the point of entry into an organisation, it's then subsequently when you're employed. So certainly a lot of our research focused on retail and hospitality that one of the things we do in the book is we broaden that out to just look at the range of occupations.

So we know that there's been research done now, which has picked up on some of the work that we're doing in areas like for example, recruitment, consultancy, and even things like traffic wardens, for example, circus acrobats, TV anchors. So I think the obvious point would be that it's perhaps, positions or occupations that have got a visual element, which are most likely to see it. But I think in reality, this whole sense of importance of appearance really cuts across pretty much all jobs to a greater or lesser extent in the labour market.

Sputnik: With the job market being so competitive at the moment do you think that lookism will be even more pronounced?

Dennis Nickson: I think it will, unfortunately and I think that's one of the points that we were trying to make in the Conversation piece that actually, a lot of the trends that we've identified where people are unfortunately, suffering lookism in the labour market are likely to actually be magnified and exacerbated by the whole COVID pandemic. And when we see some of the statistics around things like, for example, 1000 people applying for a single job in pubs and bars and restaurants, then that does point to the fact that employers or we know from the research that we've done that employers are already doing this.

So actually, this is going to be even more magnified. And I think, in the book, what we talk about is the potential for disadvantage and exclusion based on these kinds of criteria. Because it's not just simply about our physical appearance. It also includes things as well like our age, for example, or gender or ethnicity, and also class and so for example, if you're middle class then you're more likely to have greater opportunities, because the way that you present yourself in the broadest sense of the word beyond the, in the broad sense of the word beyond the obvious kind of physical appearance is also important as well.

So yes, unfortunately, I think there is a real possibility that a number of the issues that we highlight with lookism in terms of exclusion and discrimination are actually going to be further magnified.