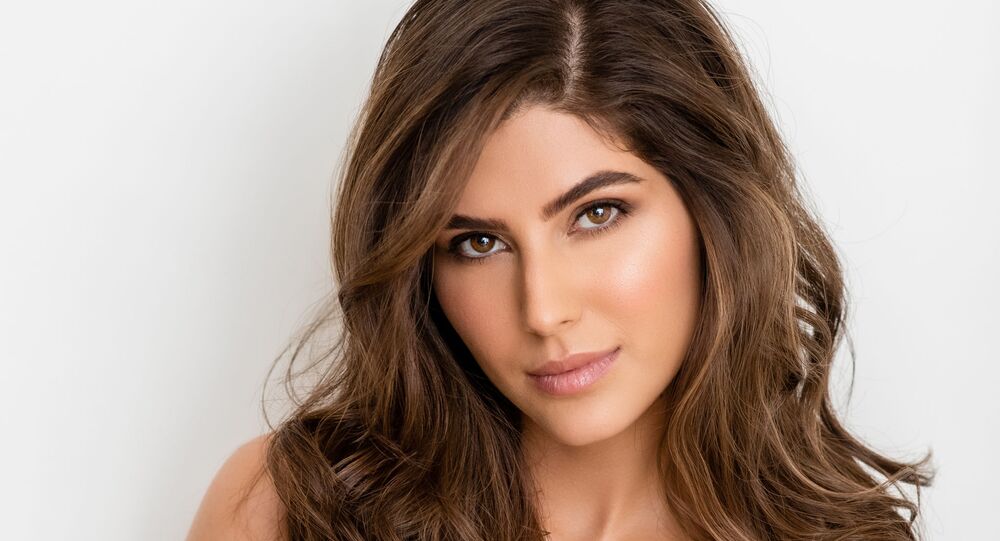 Born in Iran, Norouzi studied acting in Germany and made a name for herself in Bollywood with her web series Sacred Games, Abhay season 2 and the Punjabi language film “Khido Khundi”.

Bollywood has opened a whole new world for Iranian-born actress Elnaaz Norouzi. She says her journey had its share of ups and downs due to her being an “outsider”, as she had to struggle to prove her mettle and be accepted in the industry.

But her debut with the popular web series “Sacred Games” in 2018 and recently released web series Abhay Season 2 has brought a big turning point in her career and life.

In an interview with the actress, Sputnik tried to explore how she faced rejections and disappointments, which led to a phase of depression in her life and how she survived through resilience.

Sputnik: Having worked in Sacred Games and season 2 of the Abhay web series, how do you look upon your experience in India’s entertainment space so far?

Elnaaz Norouzi: It has been an enriching experience. In India, my acting career started with just an understanding that I need to become a better actor and I started doing a lot of workshops, met different people, and took on the opportunities that came my way.

My debut with “Sacred Games” opened doors for me in the industry. This show is the best thing that has happened to me. I always say that it wasn’t a conventional launch in the industry, but it was exactly what I needed to be accepted as an actor.

Sputnik: What struggles did you face before your debut in “Sacred Games”?

Elnaaz Norouzi: I’ve gone through times where I lost two-three films before they were even made. My career was on a halt, and I was not sure if I was going to get work. People kept telling me that I’m an outsider so it is going to be hard. There was a time when I wasn’t making enough money and wasn't able to pay my rent, so I thought I’d have to leave. But I didn’t want to.

I went through a phase of depression before “Sacred Games”. But I took it as an opportunity to show people who thought I couldn’t do it. It’s all about persistence and not giving up.

Sputnik: You have also shot for intimate scenes in your web series. Do you think web series and filmmakers use explicit intimate and bold scenes to titillate the audience and catch the maximum number of eyes?

Elnaaz Norouzi: There might be little more intimate scenes on the web shows, but I don’t think it’s explicit. Those might be the demand of the script. I think makers, directors, and producers are taking the creative liberty to tell stories without any fear of censorship in the online entertainment space.

It also depends on how you are going to shoot an intimate scene. Will the makers make it look aesthetic or weird and uncomfortable? As an actor, I always make sure to choose directors and projects carefully and ensure that the intimate scenes aren’t forcefully or unnecessarily added.

Sputnik: Do you feel you have finally been accepted in Bollywood?

Elnaaz Norouzi: To be honest, it’s a very tough battle and takes time. I’ve come to a foreign country where I knew no one. I’m from another culture, another language, so it’s hard. It will take time. I’ve found acceptance in many ways, that’s why I’m working. But there is always room for more, maybe things are changing now for outsiders and will get better. It's hard to make a space of your own in any industry.

I always make sure that I'm not just a pretty girl, standing on the side or dancing.

Sputnik: What's your take on the raging Insider Vs Outsider debate in Bollywood?

Elnaaz Norouzi: The clash between insiders and outsiders exists in Bollywood and I strongly feel that everybody should be given equal opportunities.

If you give equal chances to everyone, you won’t have an insider-outsider debate. If there are 10 films happening in a year, I’ll only get a chance to audition for two of them because the makers already decide the casting without holding auditions for it. So, I don’t even get a chance to prove that I could be good for the role.

What I’m just asking for is, give outsiders a chance to prove themselves. Maybe you’ll be surprised. After all, we are all actors. If someone is doing a good job, they should be considered.