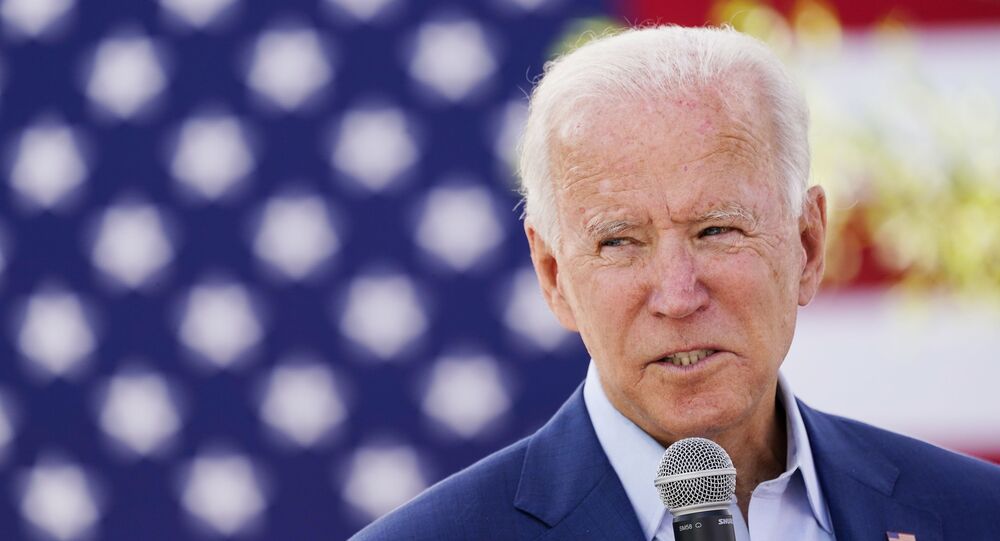 Former US Vice President Joe Biden on Thursday admitted that his support of the 1994 Violent Crime Control and Law Enforcement Act was a mistake; however, Biden and the Democratic Party must demonstrate their new stance with actions, an analyst told Radio Sputnik.

At a town hall in Philadelphia, Pennsylvania, on Thursday, Biden admitted that supporting the 1994 Violent Crime Control and Law Enforcement Act was a mistake. The act, which allocated $9.7 billion for prisons and became the largest-ever crime bill in US history, has been blamed for increasing mass incarceration of people of color. However, during the town hall, Biden defended some aspects of the bill, stating that its worst effects were due to decisions made by individual states after it passed and that the bill was supported by many Black leaders at the time.

“The mistake came in terms of what the states did locally. What we did federally - you remember George, it was all about the same time for the same crime,” Biden told ABC anchor George Stephanopoulos.

Teresa Lundy, founder of TML Communications, told Radio Sputnik’s Political Misfits on Friday that while the 1994 legislation may have been a quick fix to crime issues at the time, it ultimately led to a mass spike in incarceration rates.

“To speak on behalf of his colleagues, obviously, there were a lot of people who disagreed with the bill. It was voted because back then, there were some issues. There were some issues happening, and they needed something quick,” Lundy told hosts Michelle Witte and Bob Schlehuber, before noting that in present-day, the legislation needs to be revisited.

“We need to also look at what he’s saying today in his new role, because at that time … at the end of the day, it was voted on, and it was law.”

“I think there has to be a whole analysis on the way the unions are structured to protect the police, because when you give officers ability to be law enforcement, there are some issues there as it relates to the education of some of these officers,” Lundy told the hosts.

“Some of them are coming straight out of high school, especially the ones who were seasonal. College education wasn’t required, or diversity and inclusion programs just weren’t there,” she continued, adding that she is looking at Democratic vice-presidential nominee Sen. Kamala Harris (D-CA) to really “drive that conversation” over the next four years.

Biden’s support for the 1994 crime bill during his time as chair of the Senate Judiciary Committee has been widely criticized during the presidential campaign. Last year, Biden also admitted that the bill was a “big mistake” that “trapped an entire generation.”