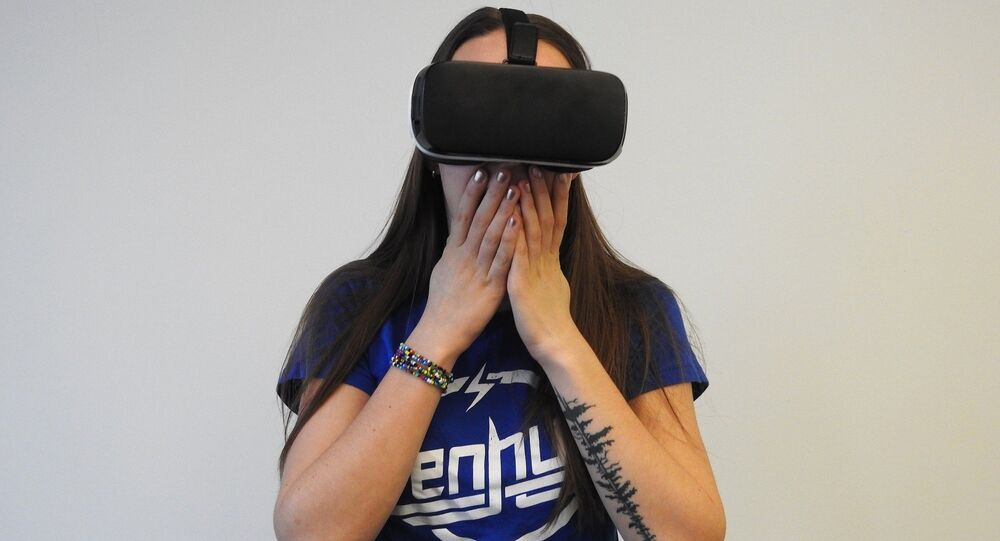 Virtual Reality Has Ability to Profile Your Personality, Says Academic

New research has revealed that we can determine a person’s personality traits from how they behave while using virtual reality. Stephen Fairclough, a professor of psychophysiology at Liverpool John Moores University, spoke to us about the findings.

Sputnik: Firstly how was the study carried out?

Stephen Fairclough: Well, this study was originally carried out as part of a collaboration between university and industry. We're working with a company called M Tech Labs, who are down in Brighton, and M Tech are building sensors that can go inside of a VR headset in order to detect people's emotions. So the starting point for the project was "can we study emotions using virtual reality?" And we decided to study emotions such as fear, as anxiety, because they were like the obvious things to do. And we also knew that when people are put in a VR environment where it's very high up, they tend to get a little bit scared, it's a really convincing visual illusion.

So what we did, we set up a room where we had people actually walk across the room physically, but with a VR headset on, and you were actually walking in a high place, but you were walking across a grid of ice cubes. That was quite scary, because the ice cubes are kind of translucent, so you can see through them, you see how far down it is. But in order to kind of ramp up the level of threat that people experienced, we included some ice cubes that cracked when you stood on them, which made you feel nervous, and then as the experiment went along, there were more cracked blocks, and then some of the blocks, a small number, would actually crack and break and you would fall. So you've got an environment where you're going through it and it's getting scarier and scarier, the longer you go through.

So basically, our participants went through this environment where the threat level they're experiencing, because they think they might fall, is going up and up and up all the time. So what we did is we basically, when people use a VR headset, you can track the head position, and you can track the hand position, and we had extra sensors on their feet so we could track their feet position as well. So you can basically track the way the person moves across the environment, how many times they check the blocks, how slowly they move, how quickly they move and how many times they fall, and so on. And we also have sensors inside the headset, which are measuring the muscles of the face. So when you frown, the muscles on your forehead tend to activate and we can measure that. Similarly, when you smile, the muscles around the cheek area also activate so we can measure that as well. So as you can see, we put people in an environment, then we can measure how it was done, we can measure how they move, and we can measure this kind of facial expression stuff, which we call facial electromyography.

Stephen Fairclough: Well, the main thing that we found is that, as you might expect, when people experienced a higher level of threat, they tended to behave more cautiously in the VR environment. So they went slower, they did a lot more checking, and when they found a solid block that was safe, they stood on it for an awfully long time. So what we can do, really, is start to understand the links between people's behavioural choices, whether you decide to behave in a safe way, or in a more risky way or not, in this sort of environment. And also, when they decided to step on the block, we could measure these muscles in the face. The riskiest thing you could do was step on a block with two feet, because then you were risking a fall. So you found these muscles in the kind of forehead area, on the brow area, they tended to activate when people did those sorts of things. So it allows us as psychologists to study what we can see, behaviour, and some of the things that we can't see, such as this sort of muscle activity. It also allows us to study emotions in an environment that is genuinely creating an emotional experience, because VR is very immersive and very engaging.

Sputnik: Lastly, how did these findings put VR users' privacy at risk?

Stephen Fairclough: Well, this was something that we didn't actually anticipate. We put a bunch of people through this environment, and there's about 34 of them, I think originally, and we wanted to measure it - we have scales where we can measure different people's personality types. And we were very interested in a certain personality trait that we call neuroticism. Now people who score highly on this trait, they tend to be much more likely to experience feelings such as anxiety and fear, which is what we were trying to look at in the VR environment. Now when we got all the data in afterwards, what we found is that, that cautious pattern that I explained before, where when threat went up, people were very, very more risk averse, in a way. This was really much more pronounced for people who scored higher on trait neuroticism.

So if you step back from that as an experimental study, and you think about people using commercial VR systems, for example - if the system, if the data is being tracked in the same way that we did it, how quickly they move across the room, where their head position is, where their hands' position is. And you see, the other thing that you've got to understand is that in a VR world, surveillance is absolutely complete because the computer knows exactly what's in the world and it can just put that together with the way that we track the way the user moves as well. If we were able to basically make a distinction between people who were low and people who were high on trait neuroticism, then that would imply that someone else could do the same thing just based on the data. So you could basically start looking to profile people's personality, with or without their knowledge when they're using a VR system, because these patterns are actually quite easy to spot if you know what's going on in the virtual environment.