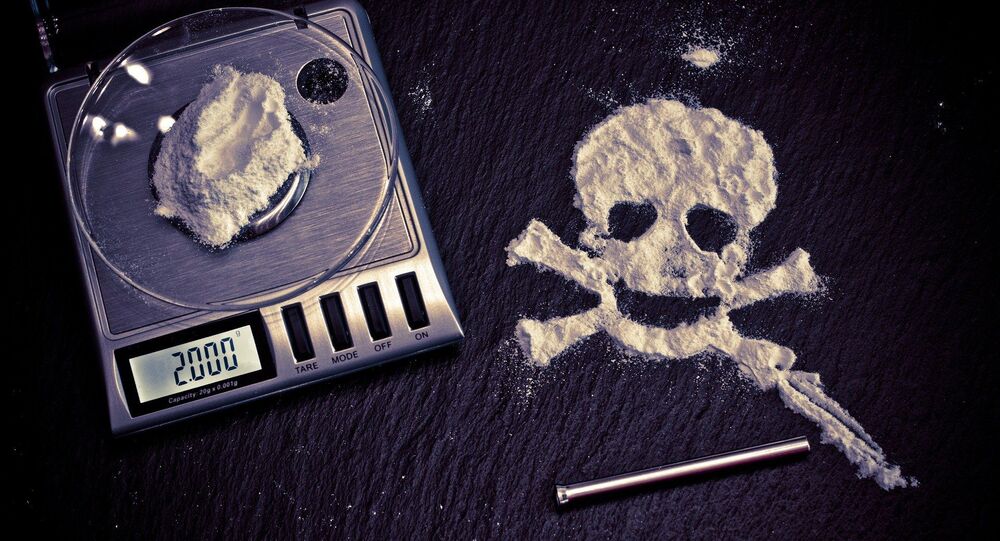 UK Has Highest Rate of Drug Deaths in Europe With True Figures Likely to be Much Higher, Expert Says

New figures from England and Wales have revealed that drug-related deaths over the last year reached their highest level for a quarter of a century. The figures released by the Office for National Statistic showed 4,393 people died in England and Wales from drug poisoning, with cocaine deaths rising by 7.7% for men and 26.5% for women.

Looking at these figures in more detail, Sputnik to Ian Hamilton, a Senior Lecturer in Addiction and Mental Health at the University of York.

Sputnik: What do these new figures tell us about drug deaths in the UK and how do they compare to the record numbers that have been published over the last 8 years or so?

Ian Hamilton: The recorded figures released by the Office for National Statistics show that yet again, a new record has been set for the number of drug poisonings or drug-related deaths in the UK.

So, unfortunately, we now have one of the highest rates of drug-related overdoses in Europe and that's without the Scottish figures. Scotland is still to publish its annual report on drug-related deaths, which I understand is out in December. So that will just compound the figures that we already have for England and Wales.

Sputnik: If we look at deaths involving cocaine, the number of people who have died as a result of poising has been increasing year on year, with a 26.5% rise in the number of female cocaine deaths. Why are we seeing such a surge in female drug deaths?

Ian Hamilton: In terms of cocaine as a drug, it's offering better value for money than it ever has. Of course, that means that male or female, people are able to use more and certainly get a greater effect and one of the unfortunate effects is, of course, the risk of overdose - particularly if you don't realise how much stronger cocaine has become.

I think for females, I suspect what we're seeing here is we know that specialist drug treatment protects men and women from overdosing and fatal overdosing as well, and because treatment for drug problems tends to be dominated by men; I think the reason we're seeing such a jump in female deaths is they've either been put off accessing treatment and therefore potentially saving their lives, or just not being aware of where to get help. I think that, to me, is the biggest factor.

Of course, at the same time, we've seen the drug treatment sector shrink due to budget cuts. So, I think a combination of purity and difficulty accessing treatment has probably contributed to this really sharp rise in female deaths for cocaine.

Sputnik: What effect has the Coronavirus and the subsequent lockdown had on substance abuse, drug deaths and addiction across Britain? Ultimately has treatment been provided to these individuals on the back of things like lockdowns, or restrictive measures, how has Covid affected that aspect?

Ian Hamilton: I mean Covid has been interesting. Just to stay with the drug deaths issue for a moment, we know there's a time lag between death and that death being recorded and reported as a drug-related death.

Unfortunately, Covid has seen inquests pushed further and further out in relation to drug-related deaths, so although this new data shows it's the highest on record, it's probably rather sadly an underestimate. It could be that next year we see the figures, because of the delayed inquest, recorded and added to what was already a very high figure. In terms of drug use during Covid, there are a number of surveys that suggest people have by and large not being particularly affected in terms of being able to get hold of drugs.

At the beginning of Covid, there were some thoughts that perhaps it would disrupt the supply and distribution of drugs, but that's proved not to be the case. So, there hasn't been any change in price or availability.

There obviously has been a change in the types of drugs used. I think it's fairly obvious that party drugs like ecstasy and amphetamines are less likely to be used at the moment because there just isn't those nightclubs and other venues open where people would use those.

But unfortunately, what we have seen is a significant proportion of people drinking much more alcohol and probably using more sedative drugs; everything from opiates, like heroin, through to benzodiazepines - tablets like Xanax.

So that's broadly what we've seen but it has to be said, the set of ingredients we've got at the moment where there's mass unemployment, understandable increases in anxiety, and a lack of hope will be over any change to people social circumstances; would be a perfect storm and a perfect set of ingredients to lead to increased drug use - as a method of coping really.

© CC0
To Escape Harsh Reality, Some Gazans Opt for Drugs Despite Fear of Life Sentence or Death Penalty
What the treatment sector has been doing is offering online and phone aided treatments; essentially counselling or group work via Zoom or Google Hangouts, and ensuring that people still get some kind of service that way.

I think the other thing they've done is that for people who are on substitute drugs, if you have a problem with heroin and opiates quite often people are given drugs like Subutex or Methadone, and prior to COVID you would go and collect that daily from a pharmacist.

But what the treatment centres have been able to do is offer that on a kind of weekly or fortnightly basis which saves both pharmacy time and the individual having to go every single day and obviously for both parties increase their risk of infection and contamination.