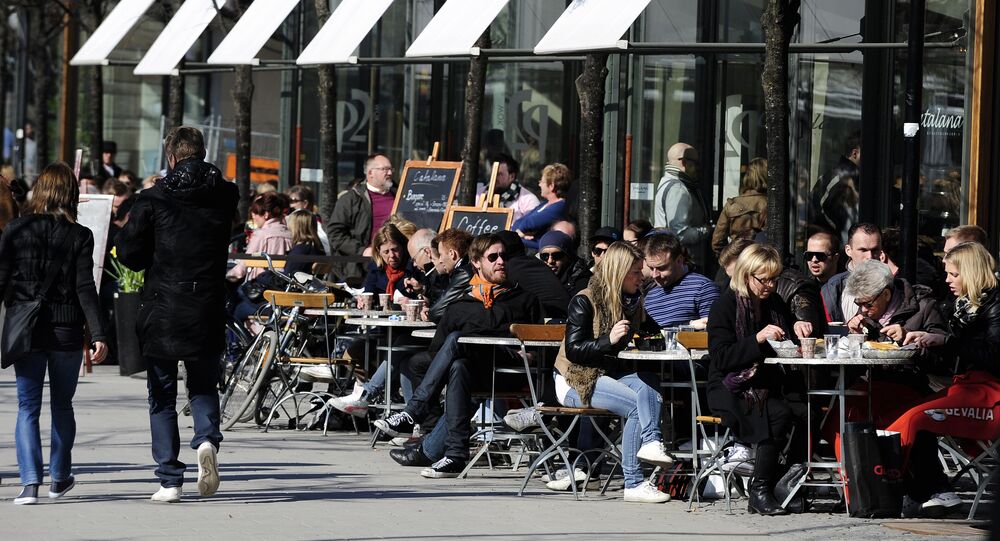 Free Will? During COVID-19 Era, People Have Restricted Range of Choices, Prof Says

With all the lockdowns and restrictions imposed on people due to the COVID-19 pandemic, questions about "free will" and “control over one’s actions" are being raised by many pundits.

Professor Daniel Stoljar from the Australian National University has shared his views on a debate that in an era of COVID-19 has become more relevant than ever.

Sputnik: How important is it for people to believe that in today's society, we have free will?

Professor Daniel Stoljar: Oh, well, I think it's extremely important. Well, first of all, it's intuitively obvious that we have it. So you’ve got to believe that we have it and also if you don’t believe we have it, then none of us are morally responsible for anything that we do.

Sputnik: Does free will exist, or is it simply an illusion?

Professor Daniel Stoljar: There are people who say that, but it's hard to know if they believe that, because for example, back in pre COVID times, you said, you know, "shall I go to the pub or to the Chinese restaurant? What should I do tonight?" You weigh up your options and you go for one or the other. That's an example of free will. When people act in that way, and then they say that free will is an illusion, it is kind of an incoherent bunch of views.

Sputnik: The fact that we are living in a COVID era, where coronavirus is king, is it harder with so many rules and regulations for people to have free will?

Professor Daniel Stoljar: Well, it is harder and you do have a restricted range of choices. In a certain sense, that's true, given the sort of social situation. But free will is a somewhat more [...] it's not just whether you can choose to go to the pub or not, it's also got to do with whether you can do something that's really trivial.

Sputnik: Do you believe that science can help us to understand questions and answers around free will?

Professor Daniel Stoljar: Yes, I do. I do believe that it can or at least it could. There is a kind of a problem about whether it could possibly understand free will, mainly because it seems to be good at understanding what philosophers called deterministic systems. And it’s also very good at understanding systems that have random events in them, but systems that have free will, like human beings like you and me, they don't seem to conform to either of those models. And that's why free will seems to elude our current scientific models - but whether we can understand it in the future is certainly an open question.

Sputnik: Do you think there ever will be a definitive answer given on free will? Or will it always remain a debate throughout the ages?

Professor Daniel Stoljar: I think that's hard to say. I mean, I don't think it's remained the debate through the ages as it is now; I think, for example, it's become very much a debate, because of theses and hypotheses about the world like determinism, which actually has a history that emerged only, you know, 300 or 400 years ago as a particular explicit thesis.

The kind of problem that we're discussing is now quite different from problems that have been discussed in earlier epochs and so forth. So it's hard to say what will happen in the future, but it may well be that we can solve the problem and move on.

Sputnik: Why has it, in recent times, become more of a question of debate? Why are more people discussing it now, maybe more than ever?

Professor Daniel Stoljar: Well, I think partly it's been a problem in philosophy for the last 300 or 400 years, mainly because of the dominance of the idea of determinism, which is sort of incompatible with free will. The problem is that while determinism has seemed to be empirically false, the way in which it's false doesn't seem to help with free will either.

Because if there were chance events, then determinism is false. But obviously, you know, chance events aren't really good models for free action either. So that means it looks as if free will is a kind of... It's not just an empirical problem, it looks as if it's kind of logically incompatible - because you've got these two paths you can go by, and if you go down the determinist path, you don't have free will; and if you go down the anti-determinist path, you don't have free will either. It looks like it's completely impossible. I think that's the reason that it's become such a big issue in philosophy.