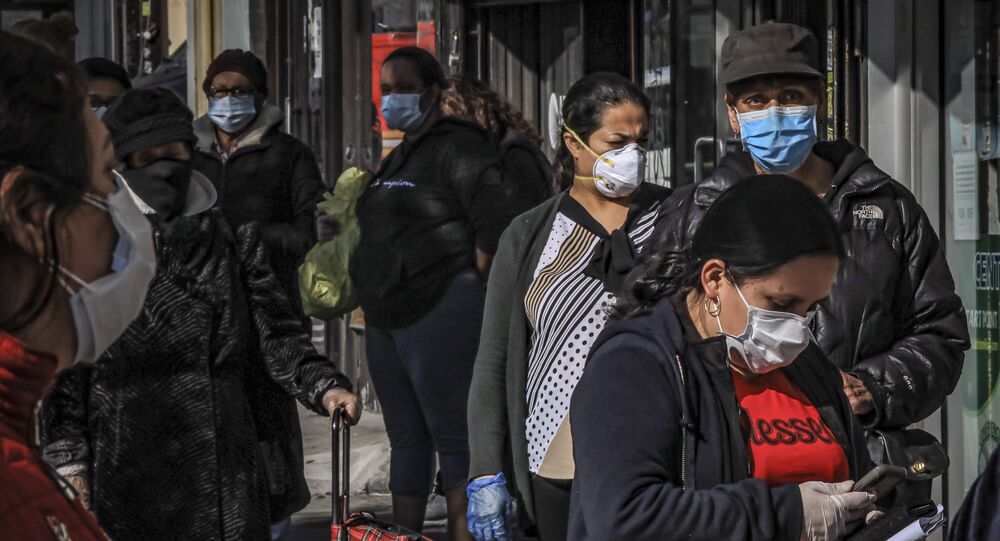 At the US vice-presidential candidate debate on Wednesday, Democratic challenger Sen. Kamala Harris (D-CA) failed to offer a viable alternative to the Trump administration’s handling of the COVID-19 pandemic. An economist told Sputnik her failure stems from a bipartisan obsession with seeking solutions to social problems in the private sector.

US Vice President Mike Pence, who heads the Trump administration’s effort to combat the COVID-19 pandemic, was tasked on Wednesday night with defending his work to Harris, whose ticket with Democratic presidential nominee Joe Biden seeks to displace him and Trump in the election next month. However, despite potentially easy pickings for Harris, she failed to present a real alternative program for limiting the spread of infections and deaths caused by the virus.

Richard Wolff, and economist and professor at New York’s New School and the author of “The Sickness Is the System: When Capitalism Fails to Save Us from Pandemics or Itself,” told Radio Sputnik’s By Any Means Necessary on Thursday that like Trump and Pence, Biden and Harris look to the private sector to solve problems it has already proven incapable of solving.

“That’s beyond words of failure. America is 4.5% of the population of the world … but we have 25% of the world’s COVID cases and 25% of the world’s COVID deaths. We are a rich country with a well-developed medical system. This failure is so overwhelming that I can kind of understand that Kamala Harris will say - like Trump says about everything, it’s the greatest and the best, so she has to say it too - but give her this, it certainly is an enormous, terrible problem.”

“But then you have to come up with a really adequate solution to something that is so outstanding and so terrible a problem - and she didn’t,” Wolff told hosts Sean Blackmon and Jacquie Luqman.

“For example: we have tens of millions of unemployed people - why didn’t the government hire them and send them across this country to test everybody in the way that other countries are doing that could deal with this coronavirus? There’s no excuse for that except the ideology that the private sector is the way things should be done, and therefore if the private sector isn’t getting around to doing it, well then somehow it doesn’t get done,” Wolff said.

“Other countries don’t do that. If the private sector doesn’t function, the government steps in and takes care of it, because it has to get done. What happened in this country is that we’ve made the public sector the fall guy and made it a joke and made it an unwanted intrusion upon the private sector. But then you got to blame the private sector - which is more powerful in this country than any other on this planet. That private sector really failed us. It failed to maintain the public health. And what in the world could be a more basic obligation of any economic system than to secure our protection from the viruses that have been a problem for human beings for tens of thousands of years?”

“This is a proof for me that the capitalist economic system that we have isn’t adequate any more,” Wolff told Sputnik.

“We have no reason to hold onto it. It may be profitable for the people who play the stock market, for the 1% - I get that, it’s good for them. But for the mass of people, what we’re seeing - in the millions that are unemployed, in the 210,000 dead people from this virus that we didn’t manage the way other countries have - that’s a sign of a system that’s over, that’s dying, that’s declining and to which we should be saying a quick goodbye.”