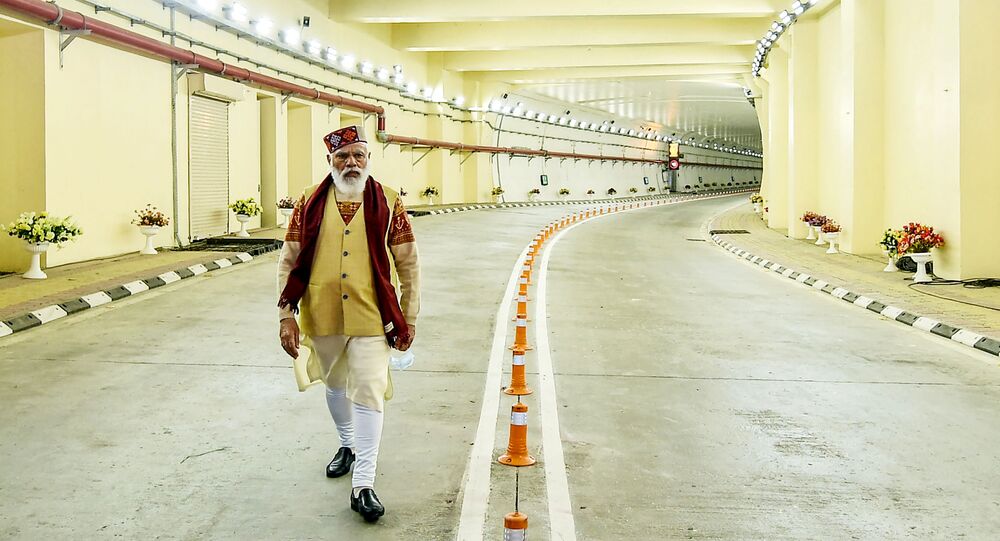 The state government of Uttar Pradesh, also governed by Prime Minister Modi's BJP, has recommended a federal probe into the reported gang rape of a 19-year-old lower caste victim. The woman’s family, meanwhile, has reportedly asked for an independent investigation.

Protests by members of the upper caste Thakur community backing a federal probe into the alleged gang-rape of a 19-year-old teenager from the lower Dalit caste have dented the governing Bharatiya Janata Party party’s strategy to bring together India’s Hindu community, say political analysts.

“The Dalits would definitely feel alienated. One significant observation is that the anger is back on the streets in the form of protests. There is definitely a potential of this anger spilling into neighbouring Bihar, which goes to election next month”, said Nilanjan Mukhopadhyay, a biographer of Prime Minister Narendra Modi and a senior journalist.

Mukhopadhyay has extensively researched the Hindutva, or the intersection of Hindu religion and a political worldview.

Members of the underprivileged Dalit community have hit the streets in many towns of Uttar Pradesh to demand justice for the 19-year-old alleged gang rape victim. The Dalits, who constitute 201.4 million or 16.6 percent of the total population of India, have held rallies in the towns of Hapur, Mathura, Agra, and Varanasi, among others, in the state, besides civil society protests against the state government having taken place in major metro cities in the country, including New Delhi and Mumbai.

Approximately 21 percent of the nearly 204 million inhabitants of Uttar Pradesh state identify themselves as Dalits, per the federal government’s Socio-Economic Caste Census in 2011. 84 seats in the state’s legislative assembly are reserved for lower-caste members of society. In its state election victory in 2017, BJP candidates won 69 seats, according to a post-election analysis by Mint.

15 percent of the 100 million people in poll-bound Bihar state were also identified as being from the Dalit caste, according to the census.

“The BJP has indeed been able to make inroads among the non-Jatav Dalits and the non-Yadav Other Backward Castes (OBCs). But all that progress stands at the risk of being undone”, opined Mukhopadhyay, blaming the “resurgence” of upper caste politics in India’s most populous state on Chief Minister Yogi Adityanath, a party colleague of Prime Minister Narendra Modi.

The lower caste Dalits are divided into several sub-castes as well, as indicated by its strike rate on assembly seats reserved for lower-caste candidates. As per the government's crime records, 10 Dalit women were raped every day in India last year, with Modi's BJP-governed Uttar Pradesh recording the highest number of cases of violence against women as well as the highest number of cases of sexual assault against girls.

“The upper caste Thakurs are feeling elevated since Adityanath became the state chief in 2017”, said Mukhopadhyay. “That is why you seeing these mahapanchayats being held in apparent defence of the rape accused”, he explained.

The author was referring to reports and social media videos of gatherings of upper caste men in the village of Hathras to defend the four men who are accused of gang raping the girl.

Thakur men, who have been staging the "Savarn Jago" protest outside the Victim's village, call out @BhimArmyChief who has reached Hathras to meet the victim's family. pic.twitter.com/sam5n8t86L

Dr Raj went on to question the governing party's oft-repeated commitment of "uniting the Hindu" by ending caste barriers.

"This is how they want to unite the Hindu. By shielding the accused and scapegoating the victim’s family”, he said.