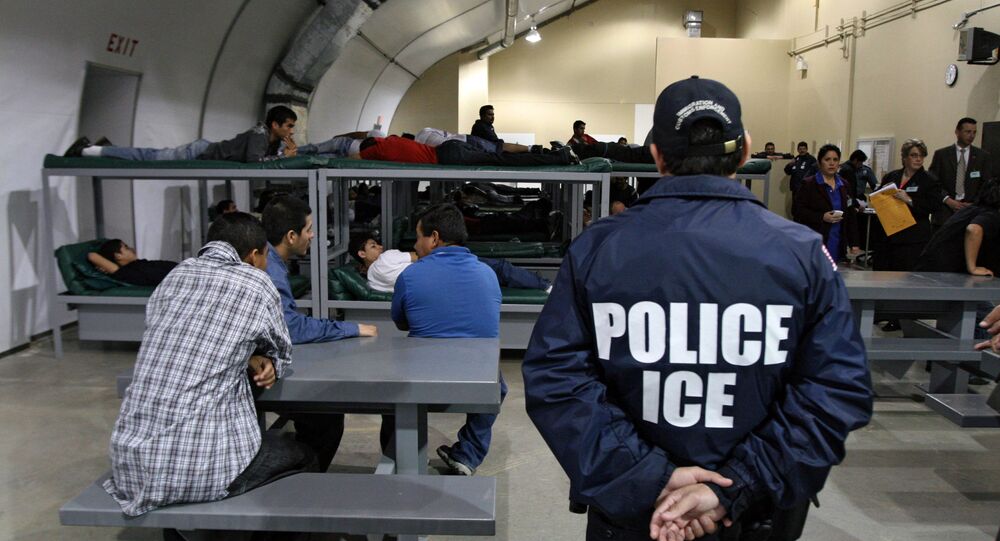 The Washington Post reported on Tuesday that US President Donald Trump’s administration was preparing to carry out an “immigration enforcement blitz” in October that would target US “sanctuary” cities and jurisdictions. One expert tells Sputnik that this is nothing more than an attempt at increasing 45’s chances of reelection.

Patrick D. Anderson, a visiting assistant professor of philosophy at Grand Valley State University, contributor to Black Agenda Report and editor-in-chief of the WikiLeaks Bibliography, joined Radio Sputnik’s Political Misfits on Wednesday and emphasized that the present state of US Immigration and Customs Enforcement (ICE) could have been prevented while former US President Barack Obama was in office.

Anderson told hosts Bob Schlehuber and Michelle Witte that because the Obama administration failed to disband the Department of Homeland Security agency, which he described as a “product of the War on Terror era” and which was founded in 2003, “we’re now actually seeing what the full, visceral use of an agency like ICE can look like.”

(Segment begins around the 19:15 timestamp)

Cities cited in the Post’s report as targets of the ICE operation were Denver, Colorado; and Philadelphia, Pennsylvania. The operation is expected to begin in California.

“Generally speaking, as ICE has noted for years, in jurisdictions where cooperation does not exist and ICE is not allowed to assume custody of aliens from jails, ICE is forced to arrest at-large criminal aliens out in the communities instead of under the safe confines of a jail,” said ICE spokesperson Mike Alvarez, as reported by the Post.

“The Trump administration likes to use ICE because it is seen as sort of like the vanguard, the ‘thin blue line,’ between civilization and chaos,” Anderson explained.

Citing “two officials with knowledge of plans for the sanctuary op,” the Post described the forthcoming blitz as “more of a political messaging campaign than a major ICE operation.” The agency regularly makes arrests throughout the year - particularly of immigration law violators with criminal records.

Anderson highlighted that, with the 2020 presidential election having already started in some states via early voting, “we can kind of watch the [sanctuary operation] as a sort of PR move” and a manifestation of the US’ broader colonial history.

“The idea is the North American continent has to be cleared of the ‘undesirable races’ so that a thriving, European civilization can emerge,” he detailed.

“Trump’s rhetoric is that we have an insider threat. The insider threat is an outsider and … to bring American society back to its greatness - as [Trump] might say - we need to eliminate the outsider within, because … it’s the outsiders that cause the problems,” Anderson said, describing the messaging of the Trump-Pence reelection campaign. “It’s nothing that’s internal to … the function, the culture, the institutions of the United States, but it’s the outsiders that actually cause the problem.”