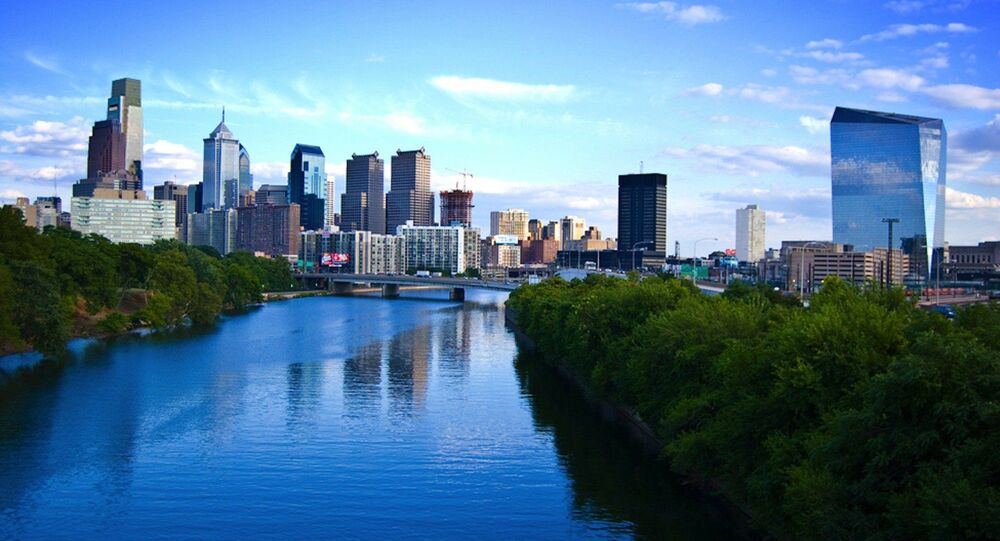 After months of persistent protest, activists in Philadelphia, Pennsylvania, seem to have forced the city’s housing authority to turn over dozens of vacant units to a community land trust to provide affordable housing for the city’s growing homeless population. Two of the activists told Sputnik the victory was the result of years of organizing.

According to a Pew report published earlier this month, 140,000 Philadelphia households earn $30,000 or less per year, and the city’s Office of Homeless Services reports at least 5,700 people in the city have no home.

Jennifer, an organizer with OccupyPHA, and Kane, Camp JTD resident and organizer, told Radio Sputnik’s By Any Means Necessary on Wednesday the deal is necessary because of how the PHA helps funnel empty homes to redevelopers, causing an increase in rents and blocking the ability of locals to continue owning property in their neighborhoods.

“The PHA here owns a lot of vacant units that just sit for decades with boards on the windows,” Jennifer told hosts Jacquie Luqman and Sean Blackmon.

“So back in March, we initially started moving homeless mothers and their children into some of the vacant PHA units, and then later on in the summer we started the encampments, which was kind of after a series of the city evicting small, informal encampments. So, we felt like a protest encampment that would maybe be able to stop the police from being able to just tear the encampment up,” Jennifer said.

“So, the first encampment that started was five people in a group [growing] to like, over a hundred people by the end of that weekend. And then a group of people moved up to a lot under the housing authority’s new $45 million headquarters about two weeks in, because the PHA refused to come to the table and meet. So ever since then there’s been ... encampments, and they’re connected as one as far as what we’re demanding and just [being] in different locations to make sure we’re pressuring both the city and the housing authority at the same time,” Jennifer told Sputnik.

The activist said the group’s efforts had interdicted several attempted evictions and had survived numerous attempts to disperse the camps that included using bulldozers and fencing to force them out.

“I think that the reason the evictions didn’t go through was a mix of things: the city was already under fire for tear-gassing peaceful protesters on the highway just a few days before the encampment started, and I know the public image thing, like, they don’t want to be seen brutalizing people who are just fighting for a place to go,” Jennifer said.

“And then there’s the fact that the protest was years in the making, these encampments weren’t random, so a lot of us that were organizers were people that the city already knew by first name and would lock their doors if we were coming to their offices.”

“So they know that we knew a lot, and there was a lot of knowledge and research that was done in the laws and the policies and stuff like that,” Jennifer explained, adding the PHA realized that “no matter what they do to the encampment, this fight is going to continue on, and they’re not going to be just let off the hook.”

Kane, who phoned into Radio Sputnik for the interview from the encampment, told the hosts there was “something going on” with the police at the site at the time.

“We took a barricade down. We actually, since last Thursday, took our barricades down off of 22nd Street, and it’s been wild with police. They’ve been coming up here every day, and I’m trying to … I mediate between the residents and the police, so I’m trying to juggle both and … was not expecting this to happen.”

“The police are brutal,” Kane said. “A week prior, we had a barricade up where we kind of maintained an environment where we policed ourselves. It was to the point where we couldn’t even get medical attention inside the encampment. I actually have a video on my phone where they told the ambulance not to come in, we had to wheel somebody out on a slab of wood to the ambulance truck. So they oppress us in so many ways. They deny us medical, the police come in and bother us any chance they get. Like I said, they’re out here now. It’s a big commotion.”

Jennifer told Luqman and Blackmon that PHA auctions off its vacant units to developers, including in special deals called “developer bundles,” which blocks locals from buying individual properties since they’re “bundled up with 10 other properties” scattered across the city. The activists also object to mixed-income developments because the time limits on low-income vouchers expire after a certain number of years, bringing the units up to market-rate rents, meaning the developers get an easy tax break by including them in their buildings.

Despite these challenges, the activists have nonetheless forced the Philadelphia government to agree to a deal with persistent pressure. Kane told Sputnik it took several rounds of tough negotiations that were significantly helped along by the city’s desire to get rid of the barricades surrounding the encampment. The resulting agreement saw the city fork over 50 houses for homeless people to live in, while the protesters agreed to dismantle their perimeter barricades.

Jennifer said the activists settled on a land trust instead of simple home ownership because of their incredible durability, retaining affordable rent and tax exemptions for a century after the agreement. “And it would be cooperatively maintained, which would keep the sense of community and keep people caring about their homes,” they said.