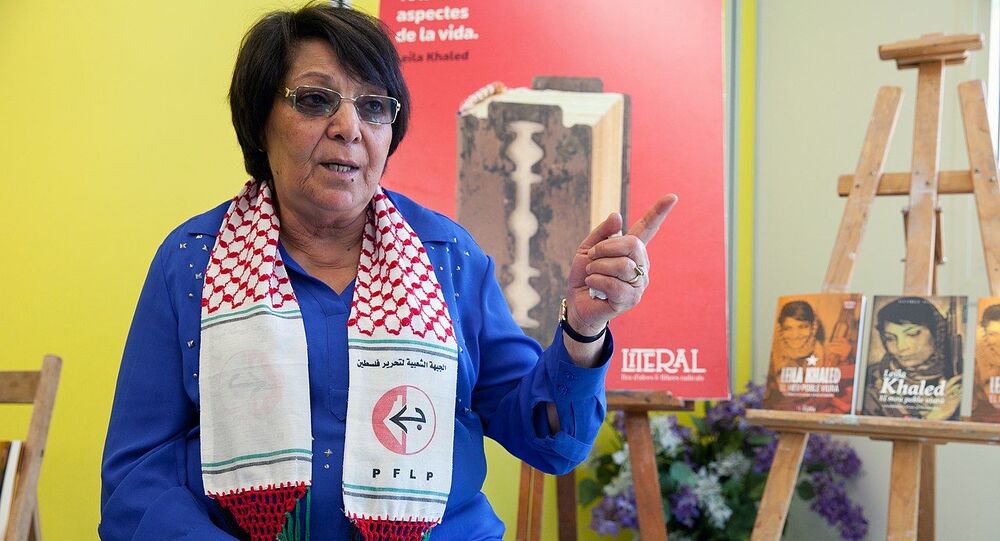 Giving a platform to anti-Jewish speakers is criminal, says Israel's former ambassador to the US, adding that some are using their freedom of expression to broadcast antisemitic beliefs that the Trump administration is trying to eradicate.

On Wednesday, San Francisco State University is set to hold a lecture in the framework of its "Teaching Palestine" course, featuring Leila Khaled, promoted as "Palestinian feminist, militant and leader".

At first glance, it looks like an ordinary event, one of many organised by the university. But it has already drawn criticism from America's Jewish community, and some 80 organisations across the US have questioned the logic behind her inclusion and expressed their disapproval of the institution's decision to give her a platform.

Feminist or a Terrorist?

The reason for this is simple. Khaled,  a member of the Popular Front for the Liberation of Palestine, designated as a terror group by the US, has been involved in two plane hijackings, in 1969 and 1970, before she was arrested in London for terrorism and later released in a prisoners' swap deal.

Khaled still remains part of the PFLP and is constantly invited to give lectures, where she speaks out against Israel and calls for the use of violent and non-violent means to confront it.

That's why news of her lecture -- that will take place via a video link because Khaled is ineligible for an American visa -- has also made waves in Israel. Danny Ayalon, the Jewish state's former ambassador to the US, says the uproar is understandable, and cites three reasons.

"First of all, Khaled has never apologised for her deeds. Nor did she expressed any regrets. Secondly, she has always been proud of her actions and incited others, calling them to follow suit. And, finally, the fact that they give her a stage is disrespectful to victims of those attacks and in some sense it is directed against everyone in Israel."

How Good Is Freedom of Expression?

San Francisco State University is far from the only educational institution that has given a platform to speakers like Khaled, and in recent years American media has registered multiple events of this sort.

The first instance of this sort was documented in 1934, when Harvard University welcomed Ernst Hanfstaengl, Nazi party foreign press chief and one of Adolf Hitler's earliest backers, who called for the killing of Jews.

For many, giving such people a platform reflects America's pluralism and freedom of expression, but Ayalon disregards these claims, saying such speakers cannot be tolerated.

The administration under President Donald Trump seems to have a similar worldview. In 2019, he signed an executive order requiring US colleges to "protect free speech on their campuses" or risk losing federal research funding.

Several months later, he signed yet another decree that stipulated the state would withhold cash from institutions that failed to combat antisemitism on their campuses.

Ayalon agrees with this approach. "President Trump is right in his decision to withhold federal funds from those that spew hatred, antisemitism and anti-Zionism," he said, adding that Israel should not be sitting idly by either.

"This is exactly the reason we have an embassy and a consulate there. We need to call the administration in Washington to alert them of what's happening, and we need to appeal to the legislators and donors so they will know where their money goes to. Because the entire world is watching and when the US defends Israel, it sends a message to the rest of the world to follow suit," Ayalon concluded.