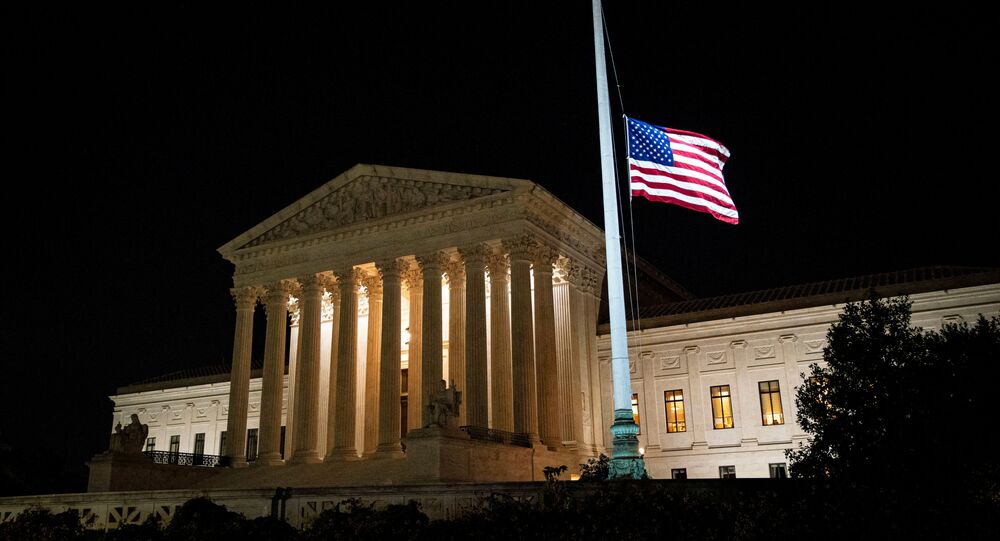 The death of Supreme Court Justice Ruth Bader Ginsburg raises the possibility of a thoroughly conservative court that will not defend the civil liberties won through decades of struggle, Dr. Gerald Horne, Moores Professor of History and African American Studies at the University of Houston, told Radio Sputnik’s By Any Means Necessary Monday.

“The problem now is you have a [US President Donald] Trump base, 63 million-strong, represented in the US Senate by Mitch McConnell, who in 2016 said a president should not be allowed to make a Supreme Court appointment [in an election year] … and he’s done a 180-degree reversal with regards to Mr. Trump, who may only have a few months left in his term. And I think what this illustrates is there are basically two societies in the US of America,” Horne told hosts Sean Blackmon and Jacquie Luqman.

In 2016, McConnell refused to hold a Senate hearing for Merrick Garland, who was nominated by then-US President Barack Obama at the time to fill Justice Antonin Scalia’s seat after his death, claiming that the president should not be allowed to choose a Supreme Court justice during an election year.

Horne warned that with the historical counterpoint of the Soviet Union and its socialist allies gone from the world stage, the capitalist imperialist government in Washington, DC, has virtually free reign to destroy many of the socioeconomic gains it awarded thanks to that external pressure. The possibility of a 6-3 conservative majority on the US Supreme Court “will basically lead to inevitably, inextricably a collapse, an erosion of affirmative action, a further erosion of the Voting Rights Act, a further attack on women’s reproductive freedom."

“We’re at an inflection point,” he added.

With a seat vacant on the Supreme Court, it will be the president’s responsibility to nominate a replacement.

"Americans reelected our majority in 2016 and expanded it in 2018 because we pledged to work with President Trump and support his agenda, particularly his outstanding appointments to the federal judiciary. Once again, we will keep our promise," McConnell said in a statement following Ginsburg’s death, NPR reported. "President Trump's nominee will receive a vote on the floor of the United States Senate."

On Monday morning on “Fox & Friends,” Trump said he would announce his nominee, who he has said will be a woman, on Friday or Saturday this week.