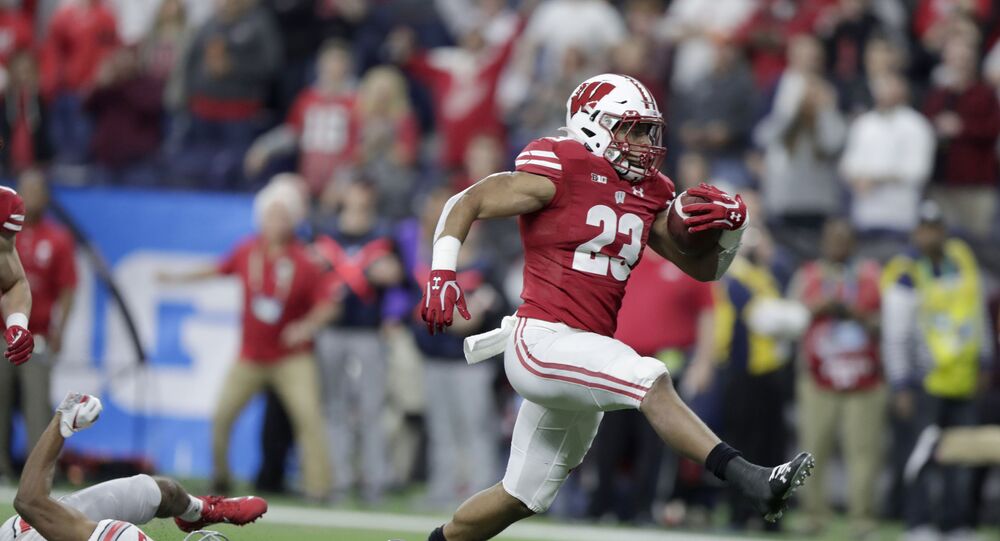 US President Donald Trump has taken a victory lap over the return of the Big Ten Conference’s 2020 football season, an indication that Trump is attempting to use the resumption of college football to boost his poll numbers, Redspin Sports co-host Nate Wallace told Radio Sputnik’s By Any Means Necessary Friday.

The Big Ten Conference, which consists of 10 collegiate teams representing universities in the Midwest, announced on Wednesday that it would be playing this fall, a reversal of the conference’s move last month to push back the fall season due to the COVID-19 pandemic.

“Great News: BIG TEN FOOTBALL IS BACK. All teams to participate. Thank you to the players, coaches, parents, and all school representatives. Have a FANTASTIC SEASON! It is my great honor to have helped!!!” Trump tweeted Wednesday.

“He made it very clear on numerous occasions, as he kind of does, he sort of gives these off-the-cuff speeches, about being responsible for bringing Big Ten football back,” Wallace told hosts Sean Blackmon and Jacquie Luqman.

“It’s understandable, in the moment. They’re only young once, they’ve been training their entire lives, and they see these other conferences playing,” Wallace added, describing the players’ desire to participate in the 2020 season.

He noted that there was a “combination of the pressure from President Trump and [Fox Sports Radio host] Clay Travis and using the platform of ‘Outkick the Coverage’ to really spew this,” Wallace explained, referring to Travis’ Fox Sports Radio program which provided a platform for Trump to tout his alleged involvement in getting the Big Ten Conference to start its football season.

“It was totally dead, and I told my people, ‘Look, we’ve got to call.’ I said: ‘Who am I going to call? Who’s the head of it?’ And it was [Big Ten Commissioner] Kevin Warren, who really turned out to be very open about it,” Trump told Travis on Thursday during the radio show, the Washington Post reported.

“Trump is going to try to use wedges used like this to sweep out the votes he needs,” Wallace noted.

Several of the schools in the Big Ten are in swing states like Pennsylvania, Ohio, Michigan, Minnesota, Wisconsin and Iowa, which could determine whether Trump is reelected in November.

“He saw this as a political football. It remains to see what the implications will be for their players and safety … There’s no doubt this had nothing to do with the science changing and with Trump getting involved in something you would think would not be high on the priority list now,” Wallace added.

However, a Big Ten university president told NBC News that Trump was not involved in the decision to bring back the season.

"President Trump had nothing to do with our decision and did not impact the deliberations," the president, who asked not to be identified, told the outlet. "In fact, when his name came up, it was a negative, because no one wanted this to be political."

Mooo-st Valuable Player: Watch Little Cow Join the Boys For an Evening of Football in India