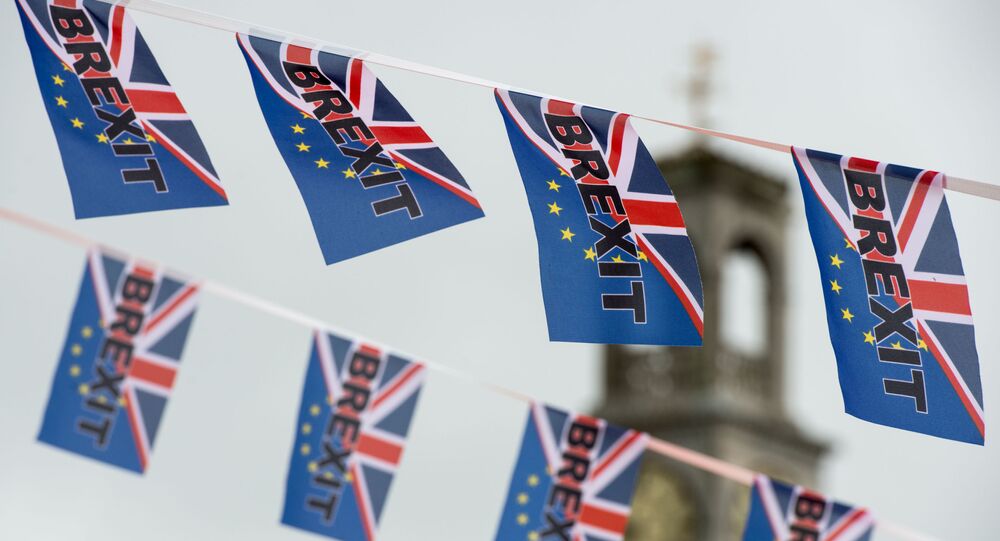 Brexit: The UK’s Most Powerful Weapon is ‘The Threat to Walk Away’ Says Analyst

Sources in Brussels have reported that the EU is now closely examining its “governance” position in an effort to ensure that any future relationship pact with the UK is unbreakable.

The hard-line move from the bloc follows controversial legislation from Britain’s Prime Minister Boris Johnson that would hand ministers the power to ignore EU customs checks and state aid rules in Northern Ireland. Looking at this story in more detail, Sputnik spoke to the Brexit Party’s Deputy Campaign Manager for the West Midlands Pete Durnell, in this interview.

Sputnik: On the back of news that the EU is looking to increase its demands and undertake a hard-line approach with the UK… are you surprised by this news?

Pete Durnell: I'm not sure it's all that new but in a word no. In a real negotiation both sides play hardball, the hardest ball they can if you like, and for as long as they can sort of right down to the wire. Basically bluster, bluff, threats they're all part of a real negotiation. When I say real what I'm trying to say really is the opposite kind of what Theresa May oversaw, where from what most commentator’s perspective was, she pretty much essentially let the EU write the treaty for and she then just sent over our civil service to rubber stamp it. Her version was actually agreed earlier and with hardly any arguing, threats, bluster, etc, and I think that tells you all you need to know about what kind of agreements it was. It actually kept us tied closer to the EU than we were before we voted to leave so no, I'm not surprised at all that how you negotiate.

Sputnik: How would you analyse Boris Johnson's recent Brexit approach?

Pete Durnell: It does seem to be different. He [Boris Johnson] does appear to be fighting for the UK's interests post Brexit and to achieve a reasonably large degree of independence, if you like the return of self-government, something which I would say Theresa May clearly never did, because she essentially was a remainer and she wasn't that bothered. I would say he appears to be doing the right thing but really until the ink dries on a signed deal or we reach midnight December 31st without one; I do think we should all reserve all judgement because we're still really at the stage where the warning shots are being fired. The threat to get even harder, line taken, etc. So, we're at that stage still and our most powerful weapon I've always believed is basically the threat to walk away. It's always the most powerful weapon in any negotiation and it remains the same now.

Sputnik: Do you think Johnson will be successful in getting his Brexit amendments through parliament and looking to the future what outcome do you expect to see for the UK regarding our exit from the bloc?

Pete Durnell: I think Boris's concession this time, which is to allow MPs to further vote on any potentially international law-breaking UK legislation, will be enough to get the internal market bill through the commons. The Lord's however is a different kettle of fish because we know they're strongly pro-EU, pro-remain/rejoin now, I guess. So, we could well see I think, this bill and other bills bouncing backwards and forwards between the Commons and the House of Lords [which is] not a good sight to see. For the future of the UK outside the EU bloc, as a passionate Brexitier, obviously I believe we will have a very bright future. But that's only really if we free ourselves from, as I see it, the many shackles the EU places on the ability to run our own country and to trade freely with the world. If we do sign up to remain largely shackled in this new trade agreement then essentially the last four years will have been really a complete waste of time and the future won't look as good. So really it all hinges on the next few weeks and what is actually in that detail of the deal that we sign up to. If we do sign.